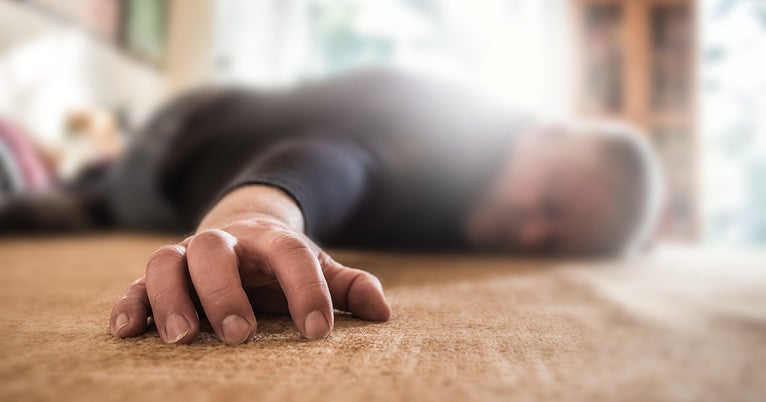 Adults who take several prescription medications are more likely to experience serious falls, say Yale researchers and their co-authors in a new study. This heightened risk can affect middle-aged individuals — a population not typically viewed as vulnerable to debilitating or fatal falls, the researchers said.

To identify factors that put adults at risk for serious falls, the research team used patient data from the Veterans Aging Cohort Study (VACS), a national study of individuals who receive care through the Veterans Health Administration (VA). They identified 13,000 fall cases and compared them to controls of similar age, race, sex, and HIV status. The fall risk factors included prescription medication use, and alcohol and illegal drug use.

The researchers found that falls were a problem for middle-aged patients. “Providers typically think about falls in people over age 65. But these people were primarily in their 50s and falls were an important concern,” said Julie Womack, lead author and associate professor at Yale School of Nursing.

The study also noted that the simultaneous use of multiple medications, known as polypharmacy, plays a significant role in serious falls among patients who are HIV positive and those who are not. The researchers examined HIV status because people treated for HIV take several medications and often at a younger age.

Medications that were associated with serious falls included those commonly used to treat anxiety and insomnia (benzodiazepines), as well as muscle relaxants and prescription opioids.

Another important finding is the role of alcohol and illegal drug use in falls, Womack said.

The study suggests that programs designed to prevent serious falls in older adults may need to be modified to address risks for middle-aged adults. “Fall risk factors are highly prevalent in the Baby Boomer generation more generally. The next step is to look at interventions for the middle aged,” said Womack. Those interventions could address drinking and illicit drug use in addition to polypharmacy. “When we’re thinking about fall prevention programs we have to think about alcohol and substance use. We need to help individuals cut back.”

Reducing falls in middle-aged and older adults is vital because falls contribute to increased risk of injuries, hospitalizations, and death, said Womack.

The study was published online ahead of print in the Journal of Acquired Immune Deficiency Syndrome (JAIDS).