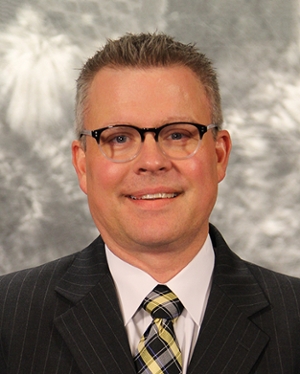 Southern Illinois University Edwardsville Chancellor Randy Pembrook today named Tim Hall as the eighth director of athletics in University history. Hall arrives on campus after serving as director of athletics at the University of Maryland-Baltimore County (UMBC) and is expected to assume his new duties in August. The appointment is subject to approval by the SIU Board of Trustees.

“Thanks to search committee co-chairs Bill Retzlaff and Katie Zingg for coordinating a national search that  produced an outstanding pool of candidates, including four distinguished finalists,” Pembrook said. “Tim has a passion for working with student-athletes and helping them achieve academically, socially and competitively. He also brings a track record of successful fundraising at both UMBC and UMKC (University of Missouri-Kansas City). We look forward to his experienced leadership making an impact as Cougar student-athletes compete in the Ohio Valley and Mid-America Conferences.”

“I am honored and humbled to be selected as the next director of athletics at SIUE,” Hall said. “During my visit, it was clear to me that SIUE is a wonderful place with special people. I believe in Chancellor Pembrook’s vision for both the institution and the Department of Athletics. I look forward to working with and serving all constituencies to build on the foundation that is in place and take intercollegiate athletics to unprecedented heights. The Hall family is excited to be a part of the SIUE and City of Edwardsville communities.”

Hall served UMBC since July 2013. During his tenure, the Retrievers posted nine conference championships that encompassed men’s basketball, men’s and women’s soccer, men’s cross country, swimming and diving, and baseball. After reaching the 2017 College Insider Tournament, the Retrievers men’s basketball program made history by becoming the first 16-seed to upset a No. 1 seed when UMBC stunned Virginia in the 2018 NCAA Tournament.

Also on Hall’s watch, UMBC opened a $90-million events center during winter 2018, which serves as the home for the basketball and volleyball programs and the Department of Athletics.

Hall has an extensive history in intercollegiate athletics administration nationally. In summer 2017, he was appointed president of the Division I-AAA Athletics Directors Association (ADA), an organization composed of Division I athletics directors and administered by the National Association of Collegiate Directors of Athletics (NACDA). He previously served the ADA as first vice president in 2016.

Hall was selected as chair of the NCAA Committee on Women’s Athletics (CWA) for fall 2014. He began serving the multi-divisional committee in 2011 and chaired the CWA/Minority Opportunities and Interests Committee (MOIC) Disability Subcommittee from 2012-14. He has also served on the NCAA volleyball rules committee.

Taking over as director of athletics at UMKC in February 2007, Hall led the Kangaroos to unprecedented NCAA Division I heights in competitiveness, academic success, fund-raising and community service efforts. He also led UMKC into a new era, as it joined the Western Athletic Conference (WAC) on July 1, 2013.

Hall brings previous experience in the OVC at Eastern Kentucky University, where he began as the university director for development in 2000. He later was promoted to director of major gifts and special projects, and raised more than $4.6 million for the institution, including $1.3 million for intercollegiate athletics.

Hall moved to UMKC after serving as the associate athletics director for development at Kent State (Ohio) University from 2003-07.

Hall succeeds Brad Hewitt, who retired at the end of the 2019 spring semester.