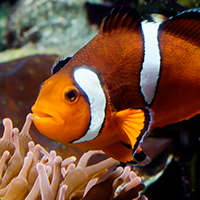 CHAMPAIGN, Ill. — The anemonefish is a gender-bending marvel. It starts out as a male, but can switch to female when circumstances allow, for example, when the only female present dies or disappears. In a new study, researchers found that the male-to-female sex-change occurs first in the fish’s brain and only later involves the gonads – sometimes after a delay of months or years.

“We discovered that when you pair two males together, they fight, and the winner becomes female,” said University of Illinois psychology professor Justin Rhodes, a behavioral neuroscientist who led the research. “But the first thing that changes is the brain, in particular the part of the brain that controls the gonads.”

The findings, reported in the journal Hormones and Behavior, describe the first known example of an animal undergoing a sex change in the brain before it occurs in the sex organs, the researchers said.

In anemonefish, females are dominant, Rhodes said. They pair up with a single male, the largest of the males available, to mate for life. Each mating pair makes its home in an anemone, “which is kind of like an upside-down jellyfish,” Rhodes said. The anemone protects them from predators with its stinging tentacles. Anemonefish appear to be immune to the anemone’s stings. The females lay eggs and the males fertilize them. After that, the mother defends the nest, protecting it from predators, and the father tends to the eggs.

“Anemonefish are completely dependent on the sea anemone for protection,” Rhodes said. “Our species, Amphiprion ocellaris, will stay within a meter of the anemone at all times.”

Sometimes, other nonreproductive male fish are allowed to also live on the same anemone with the mating pair. If, for some reason, the female disappears, her male mate begins – almost immediately – to take on female behaviors, such as aggressively defending the nest. And the next largest male moves in to become her mate.

But, at first, the fish that is behaving like a female has a male brain and gonads. Rhodes and his colleagues wanted to know whether the transition from male to reproductively viable female began first in the brain or gonads. They set up experiments in the laboratory where they paired male anemonefish together and tracked their development. In all, they followed 17 pairs of male anemonefish.

Within minutes or hours of being put together in a tank, one of the two males emerged as dominant, and began to behave as a female would, the researchers reported.

“We thought that once the fish figured out it was dominant, then immediately its gonads would start changing,” Rhodes said. “In fact, that’s not what happened. The gonads stayed male while the brain was changing.” 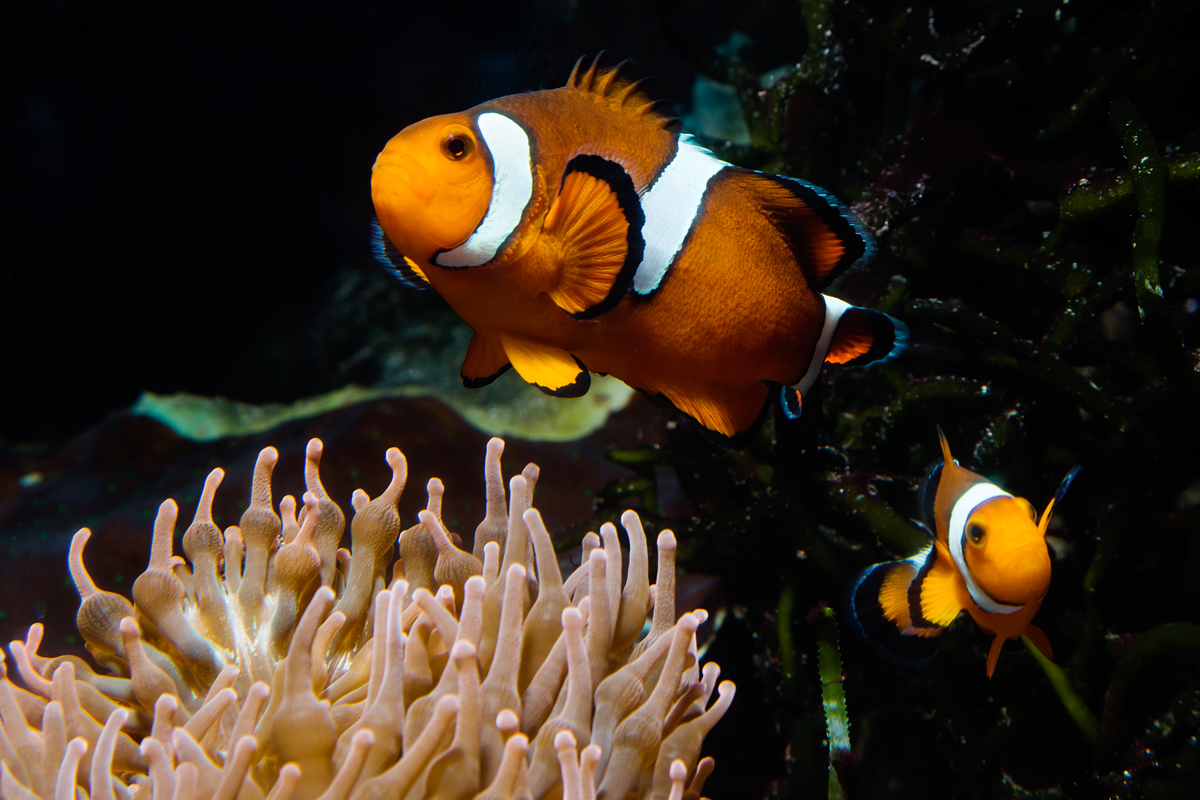 Anemonefish spend their whole lives in close proximity to their anemones. Females are larger and defend the nest; males tend to the eggs.

The researchers focused on a brain structure that regulates gonad function. This structure, the preoptic area, is much bigger in females than in males, with roughly twice the number of neurons.

Within six months of being paired with another male, the dominant fish had grown its preoptic area to a size that made it indistinguishable from the same region in other female anemonefish brains.

“After six months, this part of the brain is completely changed from a male brain to a female brain,” Rhodes said. “But the gonads have not yet changed, which means that they’re still male gonads.” 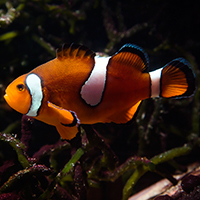 Anemonefish start out life as males. If no females are available, the largest male can change its sex to female and produce viable eggs.

Any biologist who studies anemonefish would identify the fish at this stage as female, Rhodes said. “Also, if you ask other fish, they’ll tell you it’s a female.”

Male anemonefish will not fight with a female, but females will fight each other to the death. This is exactly how the other fish responded to the dominant fish.

“It’s a very clear demonstration that brain sex and gonadal sex can be uncoupled,” Rhodes said. “Is it female or is it male? It’s got a female brain, but its gonads are male.”

Despite the researchers’ expectations, the dominant fish appeared to be in no hurry to change their gonads to the fully female variety. Only three of the dominant fish in the 17 pairs actually transitioned all the way to reproductive females, with viable eggs in their gonads. One of the three laid eggs.

The rest of the pairs seemed to be in a holding pattern, with female brains and male gonads. The researchers followed them for three years, and the fish still hadn’t made the full transition.

Rhodes is an affiliate of the Beckman Institute for Advanced Science and Technology and the Carl R. Woese Institute for Genomic Biology at the U. of I.