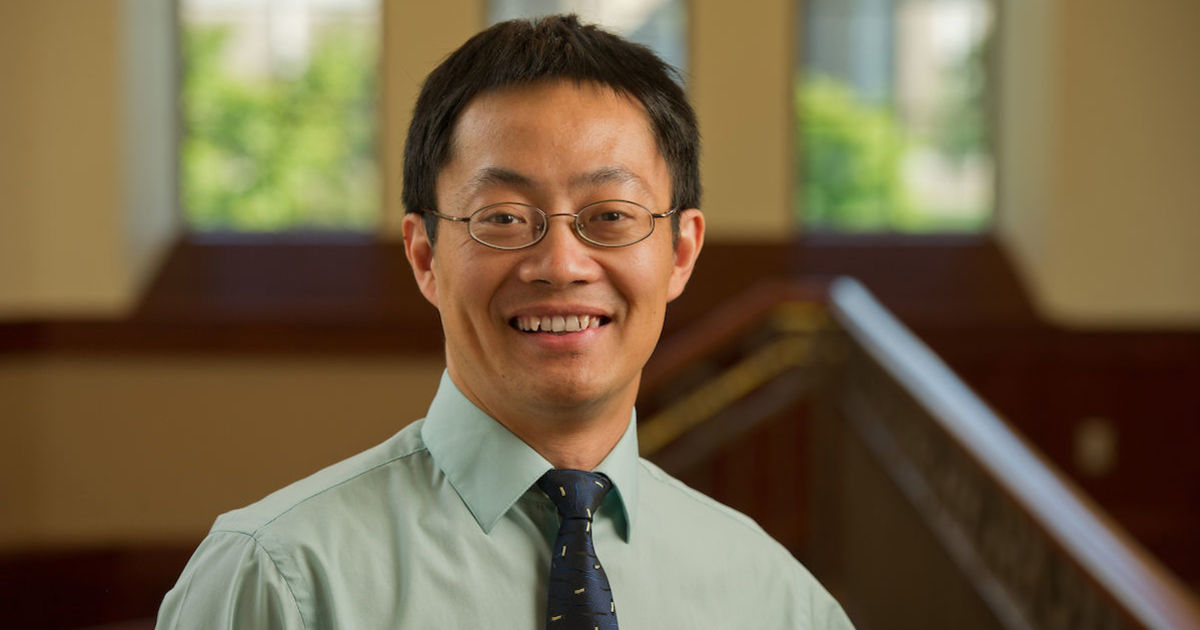 But a new study by University of Notre Dame researcher Siyuan Zhang and collaborators, published in Nature Communications, shows that an existing, FDA-approved drug that treats other types of breast cancer may work for TNBC.

Zhang, the Dee Associate Professor of Biological Sciences and faculty member of the Harper Cancer Research Institute, discovered that TNBC cells may be vulnerable to a targeted therapy after his team used a whole-genome screening method that evaluated 27,000 genes at once. Unexpectedly, they identified that one gene, the death effector domain-containing (DEDD) gene, makes multiple copies of itself in more than 60 percent of TNBC tumors. Regular cells contain only two copies.

“Because the tumor expressed a very high level of this gene, we knew that the gene must do something, because evolutionarily the cell just doesn’t need that many copies,” Zhang said. “There’s no reason for it to be there; it’s inefficient.”

The gene acts essentially like a spark plug in a car, encouraging it to run, and the cell becomes addicted to the protein the DEDD gene releases. “The cell needs to consume more and more, but it also makes the cells very vulnerable,” Zhang said, likening the process to a person who is addicted to drugs.

Traditional therapies for breast cancer include radiation therapy, chemotherapy or surgery, which have been the primary options for treating TNBC. More recently, gene-based, targeted therapy has been added to the mix for other types of breast cancer. Targeted anti-cancer therapy allows researchers to tackle one feature of a cancer cell that makes it vulnerable to a drug, but which other, “normal” cells don’t have. “Targeted therapy works really well, and everybody tries to find unique markers for each type of cancer, so the drug therapy can target it,” Zhang said. “But triple-negative breast cancer is a type that doesn’t have a clear marker yet.”

Zhang’s research showed that one of the targeted drugs used to treat other types of breast cancer, called a CDK4/6 inhibitor, combined with another FDA-approved anti-cancer drug, an EGFR/HER2 inhibitor, killed TNBC cells.

Researchers may take the information from Zhang’s study to begin clinical trials, or, because the drug is already FDA-approved, offer the new treatment off-label.

Repurposing FDA-approved drugs for new patient groups is one of Zhang’s passions and what he looks toward when designing his mechanistic studies of how cancer cells live and die. Treatment using a repurposed drug is faster to implement because new drugs may not be available for years, but “for repurposed drugs, we already have a safety profile out there, and know how they work in certain tissue context,” Zhang said.

The study was funded as part of the Breast Cancer Research Program Breakthrough Award through the Department of Defense, and partially supported by the National Institutes of Health and the Indiana Clinical and Translational Sciences Institute.

Originally published by Deanna Csomo McCool at science.nd.edu on July 23.