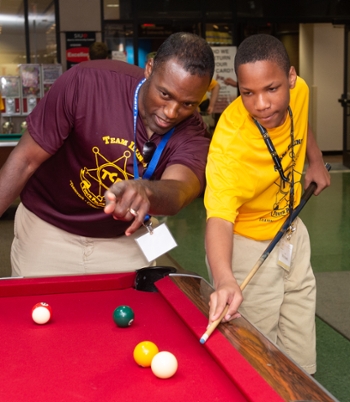 Team Illinois Youth Police Camp, which meets on the campus of Southern Illinois University Edwardsville, had its largest graduating class this year.

The 15th annual residency program was held from Sunday, July 14-Saturday, July 20. The camp offers guidance and support to youth, ages 13-17, who are under many societal pressures. It is coordinated by the Illinois State Police (ISP) and hosted in partnership with SIUE Police and other Metro East agencies. Forty officers participated in the weeklong camp.

“The camp is military structured, with no technology or electronics for the whole week,” continued Dye. “We told the young people that we understand this camp is hard, but life is hard. You have to be able to meet challenges and persevere in the face of obstacles.”

The camp consisted of classes and fun activities, according to the trooper. Some topics covered included: 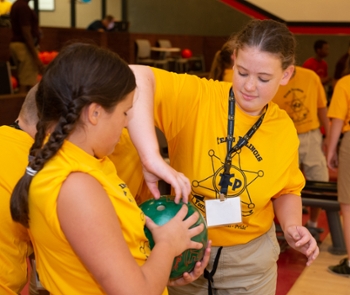 “I’ve been involved with the Youth Camp for the past 15 years, and it has a positive effect on

many,” noted Dye. “It’s rewarding when I’m out and hear someone call my name, and I have no idea who they are. Then they say they went to the camp, and I see them working on a good job, or they tell me they are doing well in life.”

“Over the past 15 years, several kids have gone on to graduate from SIUE,” said Dye. “For many of the youth, SIUE is the first college campus they have visited. We also have students who have graduated from other colleges and universities, and who have gone through the military.”