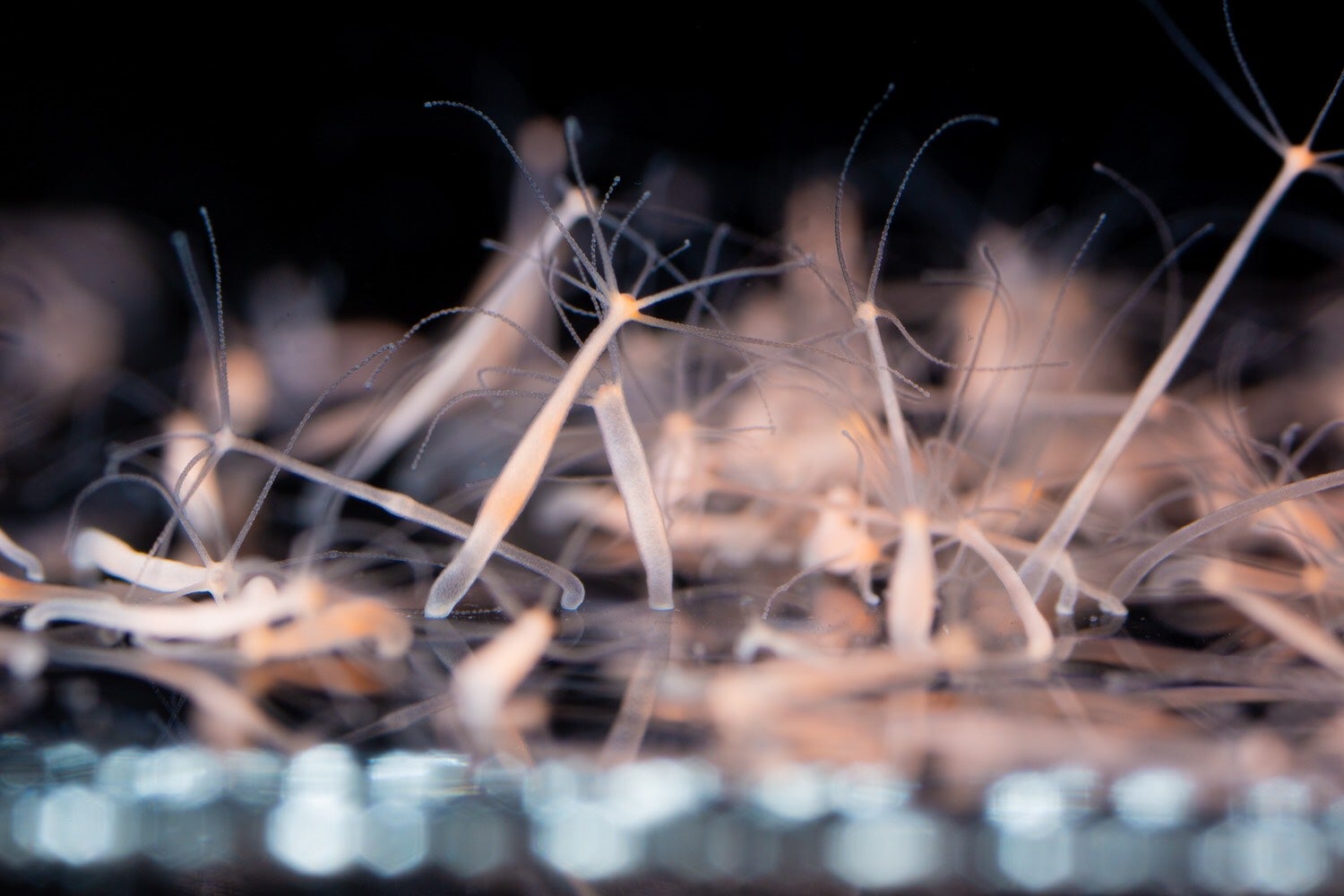 The tiny hydra, a freshwater invertebrate related to jellyfish and corals, has an amazing ability to renew its cells and regenerate damaged tissue. Cut a hydra in half, and it will regenerate its body and nervous system in a couple of days. Researchers at the University of California, Davis, have now traced the fate of the hydra’s cells, revealing how three lines of stem cells become nerves, muscles or other tissues.

“The beauty of single-cell sequencing and why this is such a big deal for developmental biologists is that we can actually capture the genes that are expressed as cells differentiate from stem cells into their different cell types,” Juliano said.

The study gives developmental biologists a high-resolution map of the three stem cell developmental lineages in the hydra. The dataset will help researchers understand regulatory gene networks in place early in evolution that are shared among many animals, including humans, Siebert said. Understanding how the hydra regenerates its entire nervous system, for example, could help us better understand neurodegenerative diseases in humans.

Hydras continuously renew their cells from three different stem cell populations. The researchers analyzed sets of messenger RNA molecules, called transcriptomes, from individual hydra cells and grouped the cells based on their expressed genes. They could then build a decision tree showing how each lineage of stem cells gives rise to different cell types and tissues. For example, the interstitial stem cell lineage produces nerve cells, gland cells and the stinging cells in the animal’s tentacles.

“By building a decision tree for the interstitial lineage, we unexpectedly found evidence that the neuron and gland cell differentiation pathway share a common cell state,” said Juliano. “Thus, interstitial stem cells appear to pass through a cell state that has both gland and neuron potential before making a final decision.”

The single-cell molecular map also allowed Juliano and colleagues to identify genes that may control these decision-making processes, which will be the focus of future studies.

Researchers are especially interested in the hydra’s ability to regenerate its nervous system, which could give insights into treating trauma or degenerative disease in humans.

“All organisms share the same injury response pathway but in some organisms like hydra, it leads to regeneration,” said co-author and graduate student Abby Primack. “In other organisms, like humans, once our brain is injured, we have difficulty recovering because the brain lacks the kind of regenerative abilities we see in hydra.”

Additional co-authors include Jack Cazet and Yashodara Abeykoon at UC Davis and Christine Schnitzler, University of Florida. The work was partly supported by grants from the National Institutes of Health and DARPA.