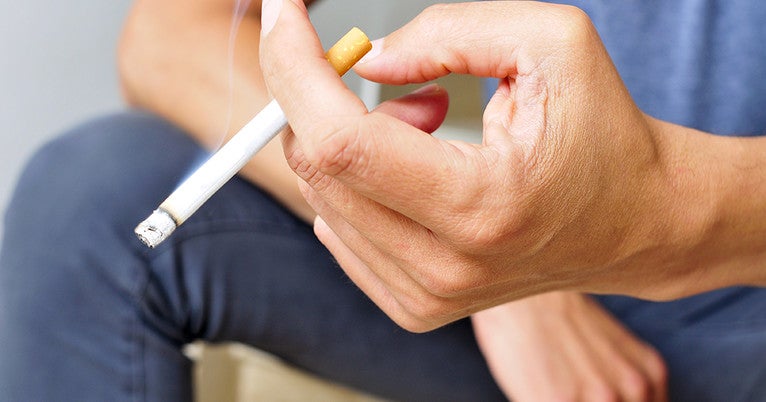 County- and municipality-level bans on tobacco sales to individuals under age 21 yield substantive reductions in smoking among 18- to 20-year-olds, according to a new study from the Yale School of Public Health.

Published online in the journal Nicotine and Tobacco Research (PDF), the study examines how  “tobacco-21 laws” affect smoking among 18- to 20-year-olds residing in metropolitan/micropolitan statistical areas (MMSAs), which are clusters of adjacent counties that include an urban center with at least 10,000 residents.

Specifically, between 2011 and 2016, 18- to 20-year-olds living in MMSAs with at least one local tobacco-21 law exhibited an average drop in their smoking rate of 1.2 percentage points, relative to those living in areas with no tobacco-21 policy. This reduction is equivalent to a 10% drop in smoking. Analyses suggest that the effects of state-level tobacco-21 laws would be even greater.

“Smoking is responsible for over 400,000 deaths in the United States alone every year, with the vast majority of smokers initiating use before age 21. Our analysis indicates that tobacco-21 laws are an effective way to reduce such take-up, even when they are implemented at the local level,” said lead researcher Abigail S. Friedman, assistant professor in the Department of Health Policy and Management at the Yale School of Public Health.

As of July 18, 2019, 18 states and over 400 localities have passed laws banning tobacco sales to individuals under age 21. However, 16 states without tobacco-21 laws have preemption policies that prohibit local jurisdictions from raising the minimum legal sales age for tobacco products above the state’s minimum tobacco sales age, which is usually 18 years old.

“Over 20% of the U.S. population under age 21 lives in a preemption state without a state-level tobacco-21 law. This study’s findings suggest that such preemption laws prevent residents who support tobacco-21 policies from improving their community’s health,” says Friedman.

This study was co-authored with Rachel J. Wu, a recent graduate of Yale College. The research was funded by a grant from the Robert Wood Johnson Foundation’s Evidence for Action program.