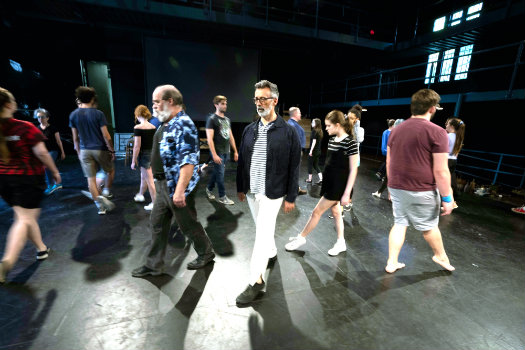 In addition, Mark Cabus, a new lecturer in the Department of Theatre, has a leading role, the wizard Prospero, in The Tempest. The two productions will be performed outdoors at oneC1TY from Aug. 15 through Sept. 22.

“We are grateful to Vanderbilt University for the many ways they support our festival’s mission, which is to educate and entertain the Mid-South region through professional Shakespearean experiences,” said Denice Hicks, executive artistic director for the Nashville Shakespeare Festival. She is also directing The Tempest.

As Prospero, Cabus plays a magician who is also the former Duke of Milan. His royal role was usurped by his brother. Prospero creates “the tempest” that causes the King of Naples and his entourage to be shipwrecked on the desert island where Prospero and his daughter, Miranda, have lived for 12 years. Local Shakespeare aficionados might remember that he directed the festival’s production of Coriolanus in 2008.

“I personally do not know the art of magic, but we will use various theatrical conventions, such as animating the actors as if they were puppets, to convey the wizardry that is integral to the story,” Cabus said. “In another interesting twist, we have four actors playing the role of the spirit Ariel, representing the different elements of earth, water, air and fire.” 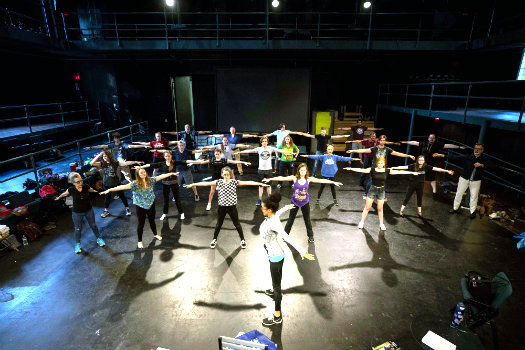 In the fall, Cabus will teach an undergraduate course on classical acting styles, including those from the ancient Greeks, Shakespeare, Chekov and Molière; he will focus on Shakespearean theatre in a different class next spring. “I am excited to teach at Vanderbilt and grateful to Leah Lowe, associate professor of theatre and department chair, for the opportunity.”

Cabus and Hicks both look forward to the festival’s first productions at oneC1TY, located just off Charlotte Avenue near the 28th-31st Avenue Connector. “We are sad to leave Centennial Park after 30 years at the band shell, but happy to find such a beautiful, suitable place so close to the park,” Hicks said.

The magical world of both plays have been created by Andy Bleiler, the set designer; Lynda Cameron-Bayer, costumer designer; and Patricia Convertino, the props designer. Rollie Mains has composed an original score for The Tempest and Jodie O’Regan has done the same for Pericles. Tosha Pendergrast serves as dance choreographer for both shows.

Summer Shakespeare is a family-friendly festival and dogs on a leash are welcome. The event begins at 6 p.m. each evening with food trucks, the pre-show concert series and “Talking Shakespeare” guest lectures. The actual play begins at 7 p.m. (30 minutes earlier than the previous time).

While the festival is always free to the public, a $10 donation is strongly encouraged to help support the festival’s educational programs. Visit the Nashville Shakespeare Festival website for specific performance dates and information on purchasing Noble seats and Royal Packages.

Vanderbilt University is a longtime supporter of the Nashville Shakespeare Festival as part of its overall community outreach efforts. The sponsorship is facilitated through the Division of Government and Community Relations.