The Aggie football team, defending champions in the Big Sky Conference, will make a splash at the team’s annual Fan Fest this Friday (Aug. 16) — free and open to the public — as the season opener fast approaches.

Meanwhile, a star from last year’s team — wide receiver Keelan Doss — made a splash in his NFL debut last weekend, making a touchdown catch for the Oakland Raiders in their first preseason game, a 14-3 victory over the Los Angeles Rams, Saturday (Aug. 10) at the Oakland-Alameda County Coliseum.

A Raiders news release quoted Doss as saying: “In college, I think that’s what kind of prepared me for now. I played every single position just to give me the best opportunity to get open, so translating that to now I think that probably made an impact.”

His first NFL touchdown isn’t the only exposure Doss is getting on television. Tonight (Aug. 13), he is due to appear on Episode 2 of HBO’s Hard Knocks series — a show that follows an NFL team through training camp each season. In following the Raiders this year, the producers filmed Doss at UC Davis last week.

But enough about last year’s team. We’ve got the Football Fan Fest to look forward to this week and the annual Kickoff Party for all fall sports, Saturday, Aug. 24. Then, a week after that, the Aggies open their season at Cal, in the second matchup between the Aggies and the Bears in 10 years and only the third since 1939. UC Davis Tailgate will precede the Cal game.

Come participate in drills with the players, jump into the kids zone (with inflatables and games), meet the team, collect autographs and celebrate the unveiling of the “UC Davis Health Stadium” sign — the result of a 20-year sponsorship deal.

Each person who comes through the gates will receive a voucher for a free slice of pizza and a soft drink. Additional slices plus beer and wine will be available for purchase (no charge for beer and wine for season-ticket holders).

The event also provides an opportunity for fans to pick up their season tickets and Big Sky championship replica rings. More ticket news: Three-game mini plans are on sale, for tickets to the Cal game (Aug. 31 at Cal) and two home games, Oct. 12 vs. Cal Poly and Nov. 16 vs. Montana State.

UC Davis hosts this tailgate (with game ticket and transportation options) before the UC Davis-Cal football game at Memorial Stadium (kickoff 3:30 p.m.). Tailgate includes buffet lunch with hamburgers, hot dogs, barbecue chicken, salad, baked beans and fresh watermelon; soft drinks, water, iced tea and two alcoholic beverages per paying adult (beer and wine only). Tickets are available online for the tailgate only, $25-$60; or in packages: tailgate and game ticket, $45-$95; and tailgate, game ticket and bus transportation to and from the game, $75-$125. 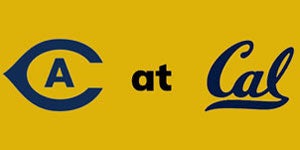 The rest of the season