While the brains of honey bees are tiny compared to those of humans, the insects are capable of some surprisingly advanced thinking. A study published in the journal Proceedings of the Royal Society B: Biological Sciences has now cast new light on the insects’ cognitive abilities.

A team of researchers from the University of Illinois at Urbana-Champaign found that honey bees can remember positive and negative experiencesâ€”such as taking care of their young or fending off an enemy. These memories are then stored in specific areas of their brains, according to how good or bad the experience was.

Scientists have long known that vertebratesâ€”animals with tail bonesâ€”like ourselves are capable of storing memories of pleasure and pain in distinct brain areas such as this. However, this has never been documented before in the minds of bees.

“We wanted to know whether bees, with a tiny brain, devote different parts of it to processing social information that is either negative or positive,” Gene Robinson, an author of the study from Urbana-Champaign’s Carl R. Woese Institute for Genomic Biology, told Newsweek.

Valence is a term used in psychology when discussing emotions to refer to the intrinsic positivity or negativity of an event, object or situation.

In the study, the researchers looked at regions of the honey bee brain that’s present in other invertebrates, referred to as “mushroom bodies,” which are associated with sensory processing, learning and memory.

They compared the expression of genes following aggressive or collaborative social interactions, demonstrating that distinct compartments of these mushroom bodies were specifically activated depending on the valence of the interactionâ€”in other words, whether the interaction was harmful or beneficial.

“We used genes that respond very quickly to new stimuli as markers to see which parts of the brain are activated for each type of stimulus,” Robinson said.

According to the scientists, the latest study provides new insight into animal cognition.

“These findings can help us better understand ‘biological embedding,’ or how social information ‘gets under the skin’ to affect subsequent behavior,” he said. “Biological embedding is an important issue in understanding health and well-being in humans.”

Furthermore, because the type of memory that the researchers documented is well-established in the brains of vertebrates, the latest findings demonstrate a link between vertebrate and invertebrate cognition despite the two animal groups diverging in evolutionary terms around 600 million years ago. 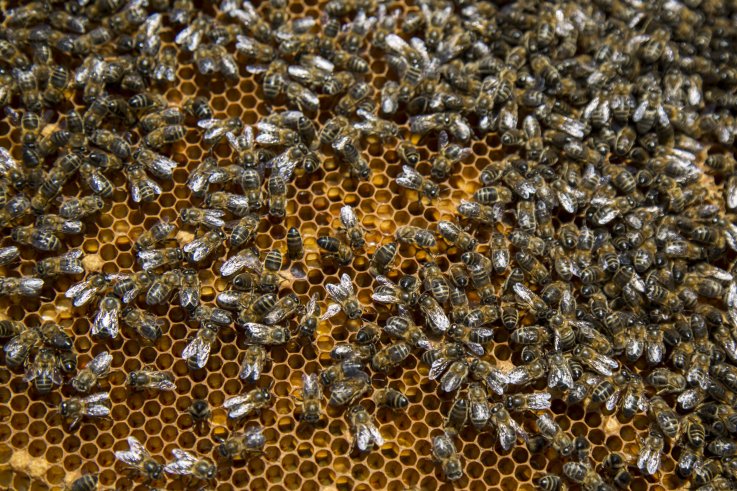