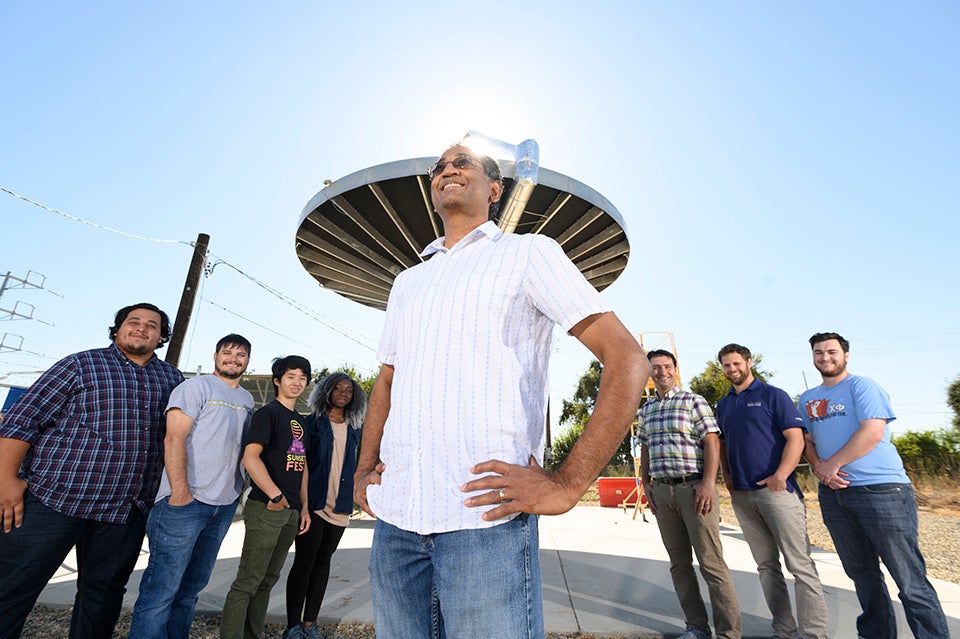 The University of California, Davis, nearly matched its record level of annual research funding in 2018-19, receiving $845.5 million in grants and contracts, coming in at $1.2 million below the previous yearâ€™s record-setting total of $846.7 million.

â€œIâ€™m pleased that our research funding is nearly setting records,â€� said Chancellor Gary S. May. â€œFrom finding new ways to feed the world to fighting global disease, UC Davis researchers continue to excel in pursing knowledge and innovations that are critical for a better tomorrow.â€�

The campus received a total of 4,519 awards, representing a wide range of research, services and community outreach, with important contributions from all 10 of the campusâ€™ colleges and schools.

The federal government remains the top source of funding for UC Davis, with grant totals increasing by $26 million for a total of $473 million in awards (not including $88 million from subawards through other institutions). Funding from the National Institutes of Health, a subdepartment of the U.S. Department of Health and Human Services, rose $26.6 million to $272.2 million. Grants from the National Science Foundation also increased for a total of $54.9 million.

Funding from the state of California was down $49 million from the previous year, but remains the second-largest source of research funding at UC Davis with a total of $124.8 million in grants awarded. Support from business and industry was the third largest source of support, with $74.3 million in funding.

â€œThe establishment of UC Davis as a top research university is demonstrated by its continued success in attracting a high level of external funding,â€� said Vice Chancellor for Research Prasant Mohapatra. â€œOur researchers impact planetary health and social advancements through their cutting-edge research.â€�

Health remains a significant research investment from state and federal sources. Last yearâ€™s top award of $34.9 million from the California Department of Food and Agriculture went to the California Animal Health & Food Safety Laboratory System, which safeguards public health by providing diagnoses for animal diseases, including those affecting humans.

Other top awards include: $18 million for PREDICT, a USAID project that provides global surveillance of pathogens that can spill over from animal hosts to people; and $17.4 million to the Center for Occupational and Environmental Health, which assists the California Department of Public Healthâ€™s Emergency Preparedness Office.

â€œGoing forward, growth in multidisciplinary and new research areas addressing global challenges will be a key focus of our research enterprise,â€� said Mohapatra. â€œWe will also expand our efforts on technology transfer and commercialization to enhance our continued impact on the local economy.â€�