SIUEâ€™s Dr. Temko Warns against the Dangers of Only Focusing on Diversity - EduBlog.News

SIUEâ€™s Dr. Temko Warns against the Dangers of Only Focusing on Diversity

SIUEâ€™s Dr. Temko Warns against the Dangers of Only Focusing on Diversity 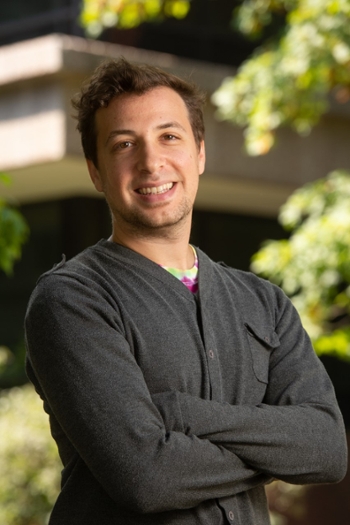 As an advocate, activist, teacher and one-time politician, Ezra Joseph Temko, PhD, Southern Illinois University Edwardsville assistant professor in the Department of Sociology, is driven by his commitment to community and desire to effect positive social change.

One key way the professor believes change will come about is by pairing inclusion with diversity.

â€œThe goal is not just to have diversity in our communities, but for our community members to be respected, be supported and to thrive,â€� emphasized Temko, who partly describes himself as being Jewish and a member of the LGBTQ community.

As SIUE prepares to observe its second annual Diversity Day to be held Monday-Tuesday, Oct. 14-15, several University students, faculty and staff discuss the meaning of the phrase, â€œI Am SIUE.â€�

â€œDiversity in and of itself is a broad, vague concept without a lot of meaning,â€� said Temko. â€œIf diversity simply means difference, then there are incredible advantages and benefits to many forms of diversity, but there are also forms of diversity that are unwelcome, for example serial killers, factory farming, identity-based hatred, and laws restricting girls and womenâ€™s education are all forms of diversity.

â€œWhen diversity is a broad concept that encompasses a multiplicity of identities, such as race, class, age, gender, sexual orientation, religion, ability status, nationality, etc., it has positive potential but also enables specific concerns to get lost. Sociologist Ellen Berrey has documented how, as a well-intentioned result of court decisions around affirmative action, institutions of higher education have come to emphasize diversity as a public good in lieu of goals of remedying historical and ongoing discrimination.â€�

Temko will speak about the need for gender-based inclusion during a presentation hosted by the SIUE Womenâ€™s Studies program. His lecture, â€œThe Social Construction of Gender Quotas: Iowaâ€™s Successful Adoption of Gender Balanced Boards and Commissionsâ€� will be from 3:30-4:30 p.m. Tuesday, Oct. 22 in the Morris University Center, International Room.

His background in politics began when he was in high school. During the summer of 2001, Temko worked in then U.S. Sen. Joe Bidenâ€™s Wilmington, Delaware office. He went on to serve two terms on the Newark (Delaware) City Council, where he was the youngest elected official in the state at the age of 22.

Temko came to SIUE in August 2018. â€œIn terms of teaching, I like SIUE because I get to help our departmentâ€™s curious and socially invested students develop a sophisticated sociological understanding of the social world through courses like theory and statistics,â€� remarked Temko. â€œI get to teach our diversity and social justice specialization students, who have such compassion and passion, through courses like Creating Social Change and Sociology of Grassroots Fundraising. Last fall, my students raised about $10,000 for local families in need.â€�

â€œIf we all did our best to live with loving-kindness, our world would be the better for it,â€� said Temko. â€œBut even then, acts of loving-kindness are moderated by our own perceptions, informed by our social structures and systems, and limited by what we know and understand of each otherâ€™s lives, histories and experiences.

â€œSIUEâ€™s upcoming Diversity Day is thus appropriately themed â€˜From Awareness to Action,â€™â€� added Temko. â€œI hope that SIUE community members take advantage of the opportunities they have at SIUE to learn more about issues of diversity and inclusion, and about different peopleâ€™s experiences, needs and dreams.â€�

Temko, his husband Drew, and their 4 Â½ -year-old son, Lev, live in Edwardsville.