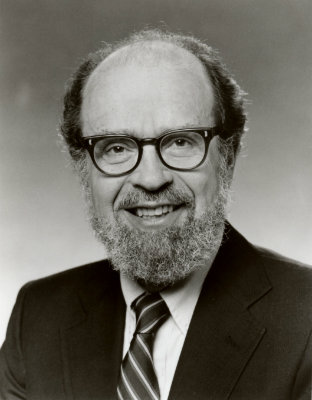 Martin Katahn, a retired psychology professor and best-selling author who wrote The Rotation Diet and other books promoting healthy weight loss and lifestyle, died Sept. 17. Katahn, 90, passed away at his Nashville home after an extended illness.

Katahn, who was known to his family and friends as Dick, was born in Utica, New York, in 1928. He began performing with the violin at age 12 and enrolled at the Juilliard School of Music after high school. While at Juilliard, he organized his own string quartet, which became known as the Degen String Quartet with a sponsorship from patroness Mabel Degen of Taos, New Mexico.

In 1952, Katahn married Enid Miller, a pianist, who later became a Blair School of Music faculty member. They moved to Hartford, Connecticut, to teach at the Hartt College of Music, now part of Hartford University. Katahnâ€™s quartet continued touring and playing concerts, but he realized that teaching young violinists was not the career for him. After moving back to Utica to help with the family business while his father was ill, Katahn decided to pursue psychology. He enrolled at Syracuse University, where he earned both a master of arts and a doctorate in psychology. He joined the Vanderbilt Department of Psychology in 1962 as an assistant professor.

Once in Nashville, in addition to his â€œday jobâ€� as a professor, Katahn had a second career as a session musician. Many years earlier, he acquired a valuable instrument called the Muntz Stradivarius, and later traded it for an Amati violin, which he much preferred and used as part of the Nashville Sound, accompanying such artists as Johnny Cash, Patsy Cline, Bob Dylan, Brenda Lee and Elvis Presley.

On campus, one of Katahnâ€™s early areas of research was anxiety, testing different approaches to management of problems such as fear of heights, crowds and public speaking. He was named director of the universityâ€™s Center for Advanced Study and Continuing Education in Mental Health in 1969. The next year he was promoted to full professor and became department chair.

â€œDick was a leading figure in our departmentâ€™s rise to national prominence,â€� said Randolph Blake, Centennial Professor of Psychology. â€œDuring the 1980s his national reputation soared for his highly influential research and writings in health psychologyâ€”weight control in particular.â€�

Katahn said his research-based interest in obesity was partly motivated by his own efforts to slim down. His first book on weight management, The Two Hundred Calorie Solution: How to Burn an Extra Two Hundred Calories and Stop Dieting, was published in 1982.

Four years later The Rotation Diet, which offered daily calorie-intake schedules for a period of three weeks, followed by a â€œmaintenanceâ€� week, became a New York Times bestseller. The book sold over a million copies and was translated into several languages.

Katahn authored and co-authored numerous other publications on dieting and weight loss, including The T-Factor Diet and The Cancer Prevention Good Health Diet: A Complete Program for a Longer, Healthier Life.

â€œDick had the wonderful ability to think outside of the box, presenting complex scientific research in a way that the public could understand,â€� said Jamie Pope, a nutritionist and faculty member who collaborated with Katahn on several books. â€œAs a psychologist, Dick was brilliant. He was a voracious reviewer of many scholarly studies, staying abreast of health-related research. But he was also passionate about communicating what was important. He was influential in the careers of many in his field and it was an honor to work with him.â€�

In 1991, he became professor of psychology, emeritus. He was a longtime supporter of the metabolic chamber in Vanderbilt University Medical Centerâ€™s Clinical Research Center, where more than a hundred NIH-funded clinical studies have been performed over the years. He attended a celebration for its renovation and rededication in 2010.

Katahn and his wife, Enid, have also been generous supporters of the Blair School. They established the Enid Miller Katahn Piano Scholarship. In addition, they donated the treasured Amati violin that Dick played for performances, session work and â€œNashville Soundâ€� recordings. Professor of Violin Carolyn Huebl has played the Amati violin since the Katahns donated it to the Blair School.

During retirement, Katahn, always an avid enthusiast of chess, became an advocate for its educational benefits for young people. He played a leading role in the founding of the Nashville Chess Center, donating the building and property to the Foundation for Tennessee Chess.

Katahn is survived by his beloved wife, Enid, to whom he was married for 67 years; and their two children, David Katahn and Reyna Lorele.

The family has relayed that no public service or other remembrance is planned at this time.