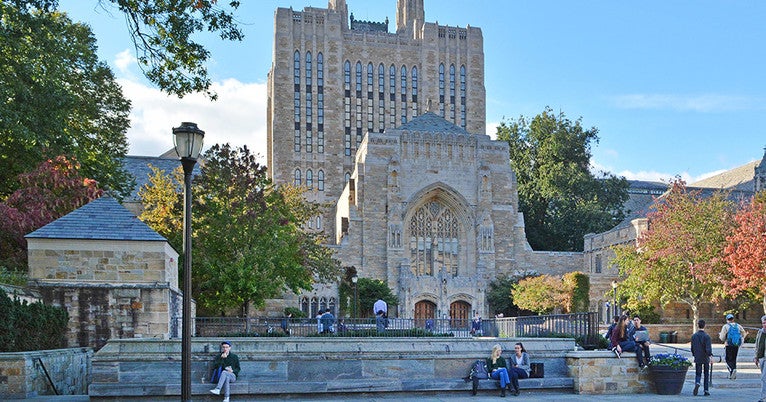 Spending from the endowment â€” which is the largest source of revenue for the university and supports faculty salaries, student scholarships, and other expenses â€” for Yale’s 2020 fiscal year is projected to be $1.4 billion, representing approximately 34% of the universityâ€™s net revenues. Endowment distributions to the operating budget have increased at an annualized rate of 8.5% over the past 20 years. Those distributions support, among other priorities, Yaleâ€™s commitment to meeting the full financial need of every student enrolled in Yale College.

The universityâ€™s longer-term results remain in the top tier of institutional investors. Yaleâ€™s endowment returned 11.1% per annum over the 10 years ending June 30, 2019, trailing broad market results for domestic stocks, which returned 14.7% annually, and exceeding results for domestic bonds, which returned 3.9% annually. Relative to the estimated 8.5% average 10-year return of college and university endowments, Yaleâ€™s investment performance added $7.1 billion of value in the form of increased spending and enhanced endowment value. During the 10-year period, the endowment grew from $16.3 billion to $30.3 billion.

Yaleâ€™s endowment returned 11.4% per annum over the 20 years ending June 30, 2019, exceeding broad market results for domestic stocks, which returned 6.4% annually, and for domestic bonds, which returned 4.9% annually. Relative to the estimated 6.5% average return of college and university endowments, over the past 20 years Yaleâ€™s investment performance added $28.6 billion of value in the form of increased spending and enhanced endowment value. During the 20-year period, the endowment grew from $7.2 billion to $30.3 billion.

Yale continues to maintain a well-diversified, equity-oriented portfolio, with the following asset allocation targets for fiscal 2020:

Yale targets a minimum allocation of 30% of the endowment to market-insensitive assets (cash, bonds, and absolute return). The university further seeks to limit illiquid assets (venture capital, leveraged buyouts, real estate, and natural resources) to 50% of the portfolio.

Yaleâ€™s spending and investment policies provide substantial levels of cash flow to the operating budget for current scholars, while preserving endowment purchasing power for future generations. Approximately a quarter of spending from the endowment is specified by donors to support professorships and teaching. Nearly a fifth is dedicated to scholarships, fellowships, and prizes. A quarter is available for general university purposes. The remaining endowment funds are donor-designated to support specific departments or programs.

1 Yaleâ€™s 241.3% venture capital return over the past 20 years is heavily influenced by large distributions during the Internet boom. Since such a calculation assumes reinvestment of proceeds from the portfolio during the period at the same rate of return for the rest of the period, it is inappropriate to compound the 241.3% return over the 20-year time horizon. For reference, our venture capital portfolioâ€™s 20-year time- weighted return is 20.2%. The other illiquid asset classes are not subject to similar distortions.

2 Yale employs time-weighted returns to assess manager performance in marketable equities and absolute return, because the cash flows to and from the asset classes are determined by the university. Returns reported for leveraged buyouts, venture capital, real estate and natural resources are dollar-weighted internal rates of return, because the managers of illiquid asset classes determine when to buy and sell assets.