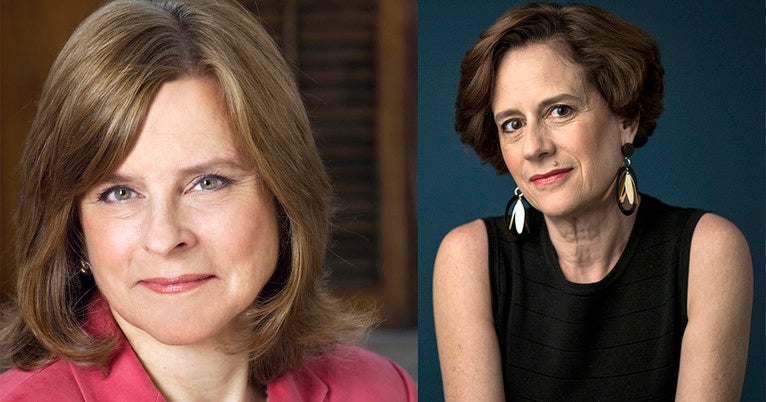 Julia Preston and Denise Dresser: â€˜Trump and Lopez Obrador: The United States and Mexico in the Era of America Firstâ€™

â€œTrump and Lopez Obrador: The United States and Mexico in the Era of America Firstâ€� is the topic of a discussion that will take place on Thursday, Oct. 3, between Julia Preston, contributing writer at The Marshall Project, and Denise Dresser, a Mexican political analyst. The event, which is sponsored by the Poynter Fellowship in Journalism and the Council on Latin American & Iberian Studies, will be take place at 6 p.m. in Luce Hall, Rm. 101, 34 Hillhouse Ave. It is free and open to the public.

The Marshall Project is a non-profit journalism organization focusing on criminal justice and immigration. Before working there, Preston served as the national correspondent on immigration for The New York Times for 10 years. She was a member of the The New York Times staff that received the Pulitzer Prize for International Reporting in 1998 for its series on drug corruption in Mexico. She is a recipient of the 1997 Maria Moors Cabot Prize for her coverage of Latin America, and a winner of the Robert F. Kennedy Journalism Award for Humanitarian Journalism in 1994. She has also served as a foreign correspondent for The Washington Post and has also written for The Boston Globe and National Public Radio. She is the co-author, with Samuel Dillon, of â€œOpening Mexico: The Making of a Democracy,â€� which was published in 2004 and covered the citizensâ€™ movement for democratization in Mexico. Preston is a graduate of Yale, where she was a member of the first-year co-educational class that matriculated in 1969.

Dresser is also a columnist is a professor of political science at the Instituto TecnolÃ³gico AutÃ³nomo de MÃ©xico, where she has taught comparative politics, political economy, and Mexican politics since 1991.

The Poynter Fellowship in Journalism was established by Nelson Poynter, who received his masterâ€™s degree in 1927 from Yale. The fellowship brings to campus distinguished reporters, editors and others who have made important contributions to the media. Among recent Poynter fellows are Jyoti Thottam, Sam Dolnick, and Liz Neeley.