John Sides has a maxim he likes to share with students.

â€œI tell my students that you donâ€™t have to like politics in order to care about them,â€� says the political scientist and writer, who joins Vanderbiltâ€™s faculty this year. â€œPolitics has tremendous consequences for how we live our lives, in ways that are not always obvious to us, like the quality of our air and water, the quality of schools, how our take-home pay is taxed and so on. Itâ€™s really difficult to identify any sphere of our lives that isnâ€™t about politics, and thatâ€™s why itâ€™s so important to understand.â€�

How ordinary people think about political issues and make political decisionsâ€”especially at the ballot boxâ€”stands at the center of Sidesâ€™ scholarship. His passion for making the findings of political science accessible to everyone extends to his role as editor-in-chief of Monkey Cage, an influential website about political science and politics currently hosted by The Washington Post. The blog features analyses of current affairs written by academic experts for a general audience.

â€œItâ€™s really difficult to identify any sphere of our lives that isnâ€™t about politics, and thatâ€™s why itâ€™s so important to understand.â€�

â€œMy co-founders and I started the site as a corrective to popular discussions of politics that just didnâ€™t have the facts right,â€� he says. â€œAnd scholars share the blame because we donâ€™t always communicate those facts well or because we communicate them only in forums that are exclusive to academics. Our goal is to improve the public conversation by making the research be more central to it.â€�

Previously on the faculty at George Washington University, Sides is the author of a textbook on campaigns and elections as well as a number of scholarly articles. His studies have examined voting behavior, campaign communications, whether people can be persuaded to change their minds about political topics and how ethnic stereotypes influence opinions about public policy.

Beyond the United States, heâ€™s looked at European opinion about immigration as well as what factors create a shared national identity in multiethnic countries. He currently is working on a project examining the political forces shaping fiscal policy in Congress.

Sides, who is teaching Introduction to American Government this fall, is also the author of two book-length accounts of the 2012 and 2016 elections, respectively, that bring a social science perspective on the races to the general public. He also has written extensively about politics in the press.

â€œIâ€™m trying to understand the strategies of the candidates,â€� he says, â€œbut also how those strategies and other information from a campaign actually impact voters.â€� 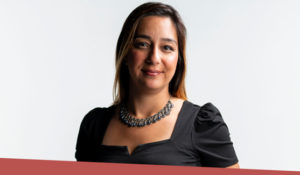