Eye on UMSL: At the controls - EduBlog.News

Eye on UMSL: At the controls 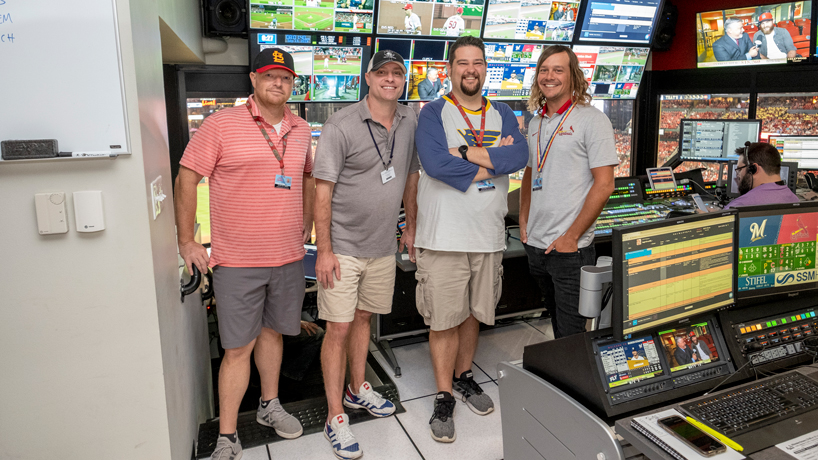 University of Missouriâ€“St. Louis graduates (from left) David McCubbins, David Simokaitis, Tom Birmingham and Bobby Sutherland work together for the St. Louis Cardinals in the Busch Stadium Scoreboard Video Department and gathered for a group photograph earlier this month during UMSL Night at the Ballpark. Sutherland, who received a degree in media studies in 2013, is the director of scoreboard video, overseeing the video, audio, talent, cameras, playback, organ and other music that fans see and hear at Busch Stadium and Ballpark Village. The four alumni will be working extra this season with the Cardinals clinching the National League Central Division title. They will take on the Atlanta Braves in the National League Division Series beginning Thursday in Atlanta with games in St. Louis on Sunday and Monday (if necessary).

This photograph was taken by UMSL photographer August Jennewein and is the latest to be featured in Eye on UMSL.