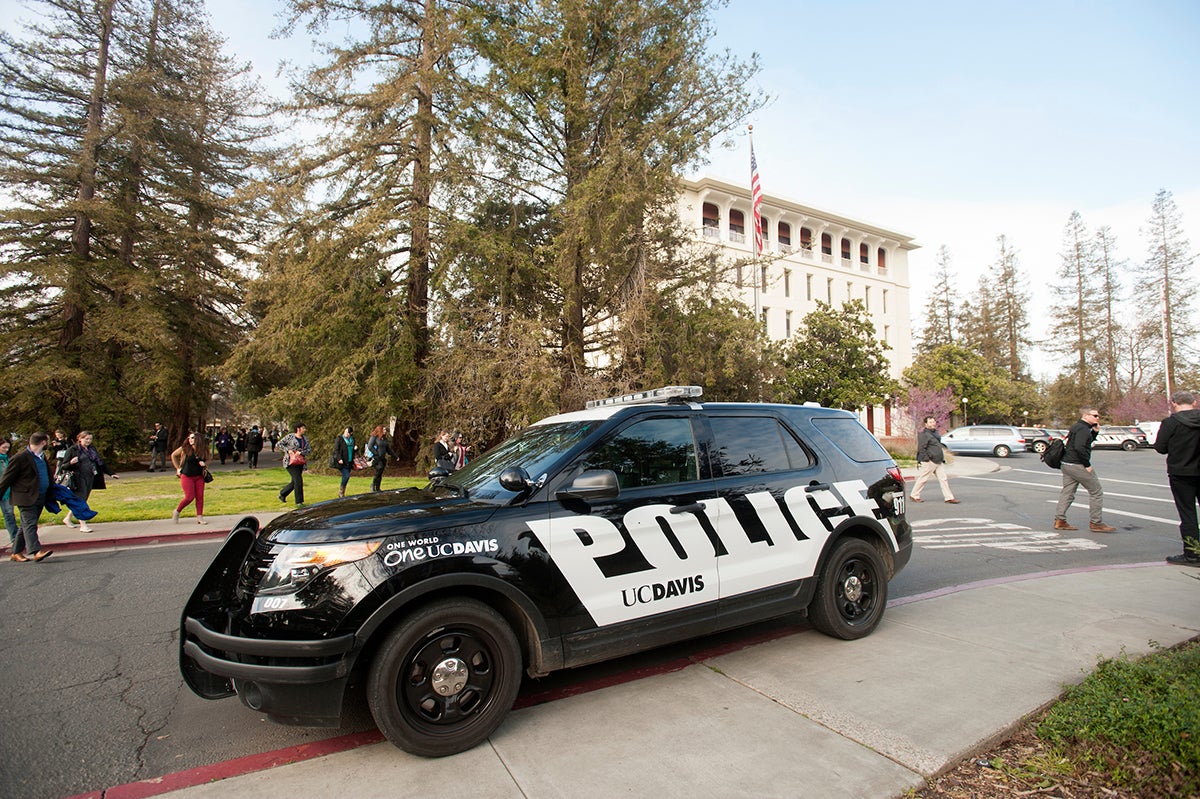 UC Davis this week (Sept. 30) released its Annual Security and Fire Safety Report, as required by the Jeanne Clery Disclosure of Campus Security Policy and Campus Crime Statistics Act of 1998.

The 2019 Security and Fire Safety Report includes crime statistics for the Davis campus and UC Davis Health in Sacramento, plus policies implemented to protect the welfare of the UC Davis community.

The statistics include both crimes reported to police (both UC Davis police and neighboring jurisdictions) and those reported to university employees defined as â€œcampus security authoritiesâ€� under the Clery Act. These can include faculty, supervisors, coaches and other officials who are required to report all incidents of sexual violence or sexual harassment. They also include reports received by the Title IX office, with identifying information removed.

UC Davis received reports of 14 cases of rape, 22 of domestic violence, six of dating violence and 18 of stalking in 2018. There were 38 reports of burglary, three robberies and 12 aggravated assaults.

One incident of vandalism categorized as a hate crime was reported in 2018.

The Clery statistics also include 30 arrests (or citations) for drug offenses and one for liquor offenses. The report specifically does not include cases of simple theft, such as bicycles stolen while left outside buildings or backpacks stolen while left briefly unattended.

All incoming students at UC Davis take mandatory training on sexual violence intervention and prevention. The UC Davis Police Department provides a free â€œSafeRidesâ€� program to help students get home safely, and has expanded the number of â€œblue lightâ€� emergency phones on campus in collaboration with the ASUCD. More installations are planned.

At UC Davis, the Center for Advocacy, Resources and Education, or CARE, provides confidential crisis intervention, support and advocacy to survivors of sexual violence and sexual harassment. More information and resources for preventing and responding to sexual violence is available online.