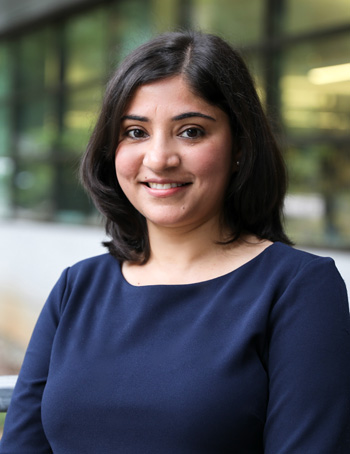 Sharma, who joined the UCSC faculty in 2018, studies the mysterious process by which the effects of environmental stresses can be transmitted from one generation to the next. Several lines of evidence suggest, for example, that a father’s diet or experience of famine can affect the health and longevity of his children and grandchildren. These effects are not the result of mutations or other genetic changes to the DNA passed down in the chromosomes, but are thought to be mediated by â€œepigeneticâ€� factors that change how genes are expressed.

â€œThe possibility that our environmentâ€”what we eat, the air we breathe, and the emotions we feelâ€”can influence the health of our descendants has tremendous implications for basic biology and for public health and policy,â€� Sharma said.

Yet the idea of â€œintergenerational epigenetic inheritanceâ€� remains controversial, because the mechanism is unclear and because it contradicts the longstanding idea that acquired traits cannot be inherited.

Sharma has already made important contributions to this burgeoning field, challenging prior notions about the inheritance of paternal environmental effects. As a postdoctoral researcher at the University of Massachusetts Medical School, she led studies showing that epigenetic information related to the father’s diet is transmitted to offspring via sperm. She discovered that the carriers of this epigenetic information are small RNA molecules that are produced by the cells of the epididymis, the long convoluted tubule in which sperm mature after leaving the testes, and that specialized vesicles carry the payload of small RNAs from the epididymis to sperm.

This research provided the first direct evidence of RNA-mediated communication between non-reproductive body cells (called somatic cells) and the germ cells (sperm). Previously, the transmission of information from somatic cells to germ cells (and thus to offspring) was thought to be prevented by the so-called â€œWeismann barrierâ€� proposed by evolutionary biologist August Weismann.

â€œWe now have evidence countering that long-held belief,â€� Sharma said. â€œWe still have a lot to learn, though, about the mechanistic basis of this soma-to-germline communication and its consequences to offspring.â€�

With the new funding, Sharma will investigate four key steps of this process:

Her research uses a powerful combination of molecular, genetic, reproductive, and genomic approaches in mice as a mammalian model organism.

â€œThese studies have the potential to provide crucial insights into the mechanism of intergenerational epigenetic inheritance, a phenomenon for which we have observational evidence, but still lack a molecular explanation,â€� Sharma said. â€œUnderstanding this phenomenon has significant implications for human health conditions such as obesity and starvation and their influence on future generations.â€�

â€œEach year, I look forward to seeing the creative approaches these researchers take to solve tough problems in biomedical and behavioral research,â€� said NIH Director Francis Collins. â€œI am confident the 2019 cohort of awardees has the potential to advance our mission of enhancing health through their groundbreaking studies.â€�