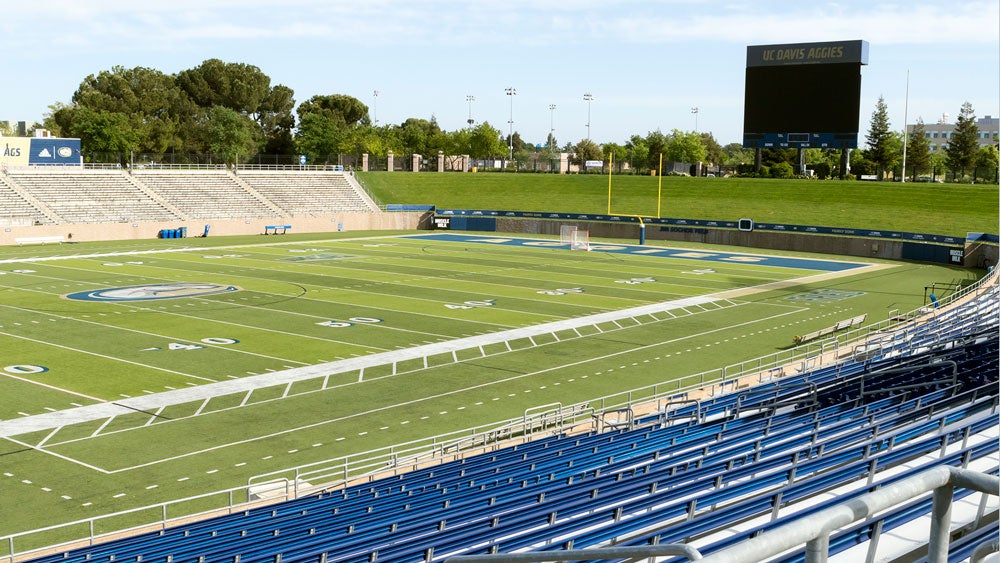 The new academic year is just getting started and we are already talking about spring undergraduate commencement, which is exactly what we should be doing, considering the big changes that are coming.

The university announced in April that, starting in June 2020, seven undergraduate commencements will be consolidated into three. And each will have a prominent speaker; the administration invited nominations from the campus community and will announce the selections at a later date.

â€œWe are looking forward to compelling speakers who will enlighten our graduates and help us shine a light on the great work we are doing at UC Davis,â€� Chancellor Gary S. May said.

The consolidation applies only to undergraduate ceremonies. There is no impact to professional school and Graduate Studies ceremonies. See schedule below.

Since announcing the consolidation, the administration worked out the commencement times and location: 8 a.m. Friday, Saturday and Sunday, June 12, 13 and 14, at UC Davis Health Stadium (formerly Aggie Stadium). In addition, officials collaborated with the deans of the undergraduate colleges to decide how students will be distributed; i.e., which majors will graduate on which day.

Previously, each of UC Davisâ€™ undergraduate colleges held its own commencement or commencements (three for Letters and Science, two for Agricultural and Environmental Sciences, and one each for Biological Sciences and Engineering). The consolidated ceremonies will be â€œuniversityâ€� commencements, not college commencements â€” to put more emphasis on UC Davis as a whole, as one of the leading public universities in the nation.

As such, each of the four colleges will be represented at each of the three commencements. Weâ€™ve listed the majors here, on the campus calendar entries for each commencement:

Note to would-be graduates: Registering to walk in commencement is not the same as filing to graduate. You must do both (and place an order for your cap and gown). Look for more information on our commencement website.

The starting time, of course, is early â€” because planners want to have the outdoor commencements completed by 10:30 a.m. to avoid the hottest part of the day, mid- to late afternoon, at a time of year when the average high temperature in the Davis area is close to 90 degrees.

Even with the early starting time, organizers will make use of The Pavilion at the ARC for people wishing to be indoors, where they can watch commencement via livestream. The Pavilion also will be available for overflow seating.

The stadium itself will have capacity for about 10,000 guests, in existing seats and temporary bleachers. Graduating students will be seated on the field. Each ceremony will accommodate up to 2,500 graduates, and each will receive four tickets for guests.

The commencement organizers are now working on logistics, including parking arrangements and transportation needs that may arise.

Stay tuned for more details on the commencement website.