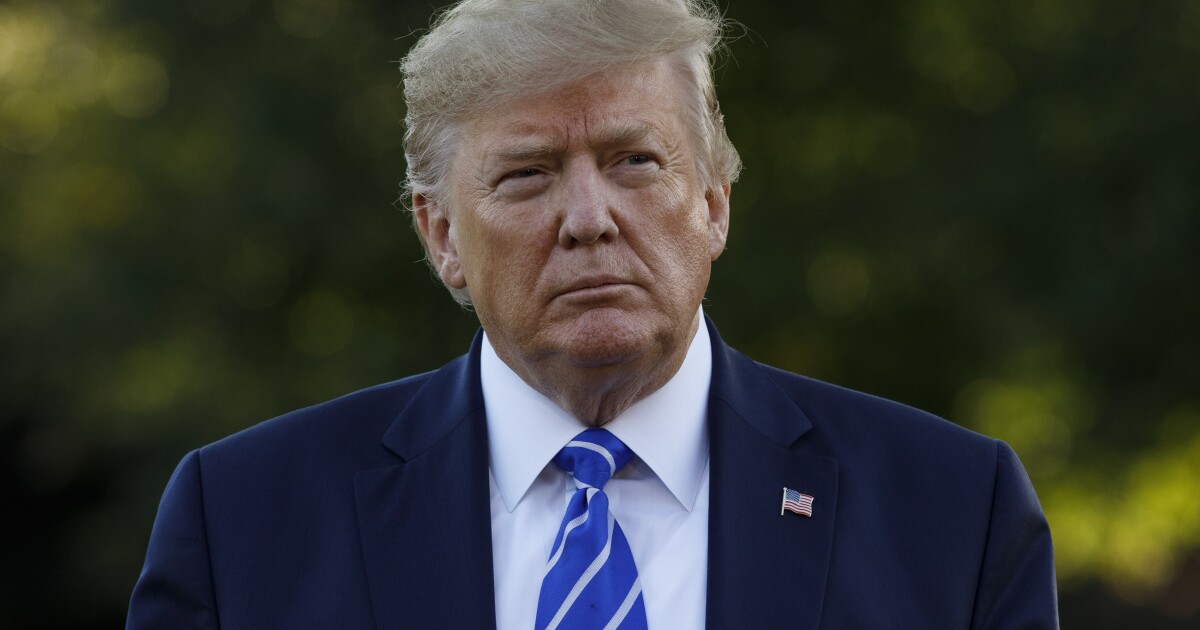 Californiaâ€™s chief elections officer said Tuesday he will appeal a federal judgeâ€™s order to block a law that would require President Trump to release his tax returns for access to the stateâ€™s primary election ballot.

â€œCalifornia will appeal this ruling and we will continue to make our thorough, thoughtful argument for stronger financial disclosure requirements for presidential and gubernatorial candidates,â€� Padilla said in a statement. â€œOur elected leaders have a legal and moral obligation to be transparent with voters about potential conflicts of interest. This law is fundamental to preserving and protecting American democracy.â€�

Padilla is the defendant in five federal lawsuits heard in Sacramento on Sept. 19, including one filed by Trump and his reelection campaign, seeking to block the law that Gov. Gavin Newsom signed in July that requires any presidential candidate seeking a spot on the California primary ballot to release five yearsâ€™ worth of Internal Revenue Service filings. The law also requires tax returns to be disclosed by candidates for governor.

Newsom, who is also named as a defendant, supported the decision to appeal.

â€œStates have a legal and moral duty to restore public confidence in government and ensure leaders seeking the highest offices meet minimal standards,â€� said Jesse Melgar, a spokesman for the governor.

On Wednesday, the president called Newsom a â€œdo-nothing governorâ€� as he discussed the ruling with reporters in the Oval Office.

He mistakenly said that he had been â€œsuedâ€� by Newsom over his tax returns, and insisted no news organization had covered the ruling.

In a 24-page ruling released Tuesday that triggered the appeal, England sharply took issue with the lawâ€™s constitutionality. He wrote that â€œallowing individual states to potentially adopt disparate and inconsistent qualifications for presidential primary candidates tramples the framersâ€™ vision of having uniform standards for the qualifications of those individuals running for president.â€�

The judgeâ€™s written ruling repeated a concern expressed during oral arguments â€” that long-standing and less stringent federal financial disclosure rules preempt any additional mandates. Even then, England wrote, thereâ€™s no basis to believe claims made by state attorneys that the disclosure of tax returns is tantamount to minor requirements that have previously been allowed by the courts.

â€œAt base, the Act seeks to punish a class of candidates who elect not to comply with disclosing their tax returns by handicapping their access to the electoral process. This is plainly impermissible,â€� wrote England, who was appointed to the federal bench by President George W. Bush in 2002.

Vikram Amar, dean of the University of Illinois College of Law and the former associate dean of the UC Davis School of Law, said that while he disagrees with the lawâ€™s intent based on policy, he believes the ruling by England is flawed because it relies on previous cases involving qualifications to run for Congress, not president.

â€œIt reflects a failure to understand that the Constitution, under Article II, leaves presidential selection procedures to the states,â€� Amar said. â€œThat is why cases largely relied on by the judgeâ€™s opinion involving congressional elections and congressional candidates are beside the point.â€�

The ruling that was finalized on Tuesday also stands in contrast to the findings of a new UC Berkeley poll of registered voters conducted for the Los Angeles Times. Sixty-seven percent of those surveyed said they support the tax returns law passed by the Legislature and signed by Newsom, with 53% of those saying they â€œapprove stronglyâ€� of the statute.

The case will probably now go to the U.S. 9th Circuit Court of Appeals and, assuming neither side is satisfied with the decision, could find its way to the U.S. Supreme Court. Timing of the legal process will be crucial; the contested law mandates that presidential candidates from any of the six political parties recognized by state elections officials must file copies of their tax returns no later than Nov. 26 to be eligible for the statewide primary on March 3.

Attorneys representing the California Republican Party, a plaintiff in one of the lawsuits, argued in court last month that because Trump would probably refuse to disclose his tax returns, Republican voters would be less likely to turn out to vote in the dozens of down-ticket congressional and legislative races on next yearâ€™s primary ballot. Should that happen, Californiaâ€™s top-two primary system could result in two Democrats moving forward to the November election in some closely watched contests.

Democrats in the Legislature have long insisted the law is an effort to ensure voters have the information needed about a potential presidentâ€™s finances and any conflicts of interest. But England, both in court last month and in Tuesdayâ€™s written ruling, cited the decision by then-Gov. Jerry Brown to veto a similar bill in 2017.

And the judge rejected the argument that Trumpâ€™s refusal to give the public access to his tax returns presented a greater danger than that posed by other presidential hopefuls who had refused to do so in the past.

â€œConsequently, the Stateâ€™s argument that the California Legislature passed the Act â€˜to codify a custom followed by presidential candidates in the past five decadesâ€™ is disingenuous,â€� England wrote.