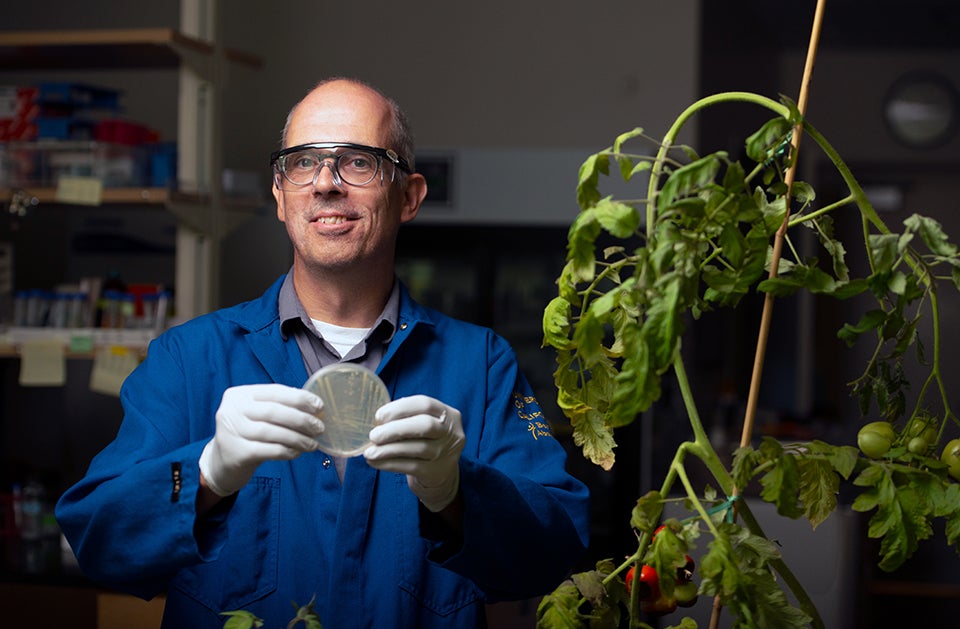 California Gov. Gavin Newsom today (Oct. 2) signed into law a bill that will create a new way for researchers to commercialize scientific discoveries made at California state parks.

Authored by Bill Dodd, D-Napa, SB-442 allows the California Department of Parks and Recreation to issue commercialization permits and set commercialization fees that can be used for the protection, conservation and restoration of resources of the state park system.

The University of California, Davis, became a major driver for the new legislation after Johan Leveau, a professor in the Department of Plant Pathology, discovered a promising anti-fungal microbe in soils from the Jug Handle State Natural Reserve along the Mendocino Coast but found himself unable to translate his discovery into a public benefit because existing state law did not allow the commercialization of research materials from state parks.

â€œInnovation and collaboration are crucial to a research university like ours,â€� said Gary S. May, chancellor of UC Davis. â€œThe governorâ€™s signing of SB-442 enacts a process to overcome a hurdle that can impede scientific discovery. This legislation advances the potential of our research to benefit the greater public and Iâ€™m thankful to Gov. Newsom for making this possible. Iâ€™m also thankful to Sen. Dodd for his vision and leadership, to California lawmakers, and to the California Department of Parks and Recreation for their technical assistance.â€�

Leveau discovered that a bacterium belonging to the genus Collimonas can work with existing biologicals to protect crops from destructive pathogenic fungi such as Fusarium, reducing the need for harmful chemical fungicides in soil and runoff. This method of providing soil with good microorganisms to help stave off bad ones, known as â€œbiocontrol,â€� can be thought of as the agricultural equivalent of taking a probiotic supplement.

â€œWhen collecting microbes at the Mendocino Ecological Staircase, commercialization wasnâ€™t on our minds,â€� said Leveau. â€œWe were interested in the effect of soil age on the structure and function of soilborne bacterial communities. But in the course of the research, it became clear that among these soil isolates, there was one, Cal35, that was particularly good at inhibiting fungal growth.â€�

Leveau discovered that a mixture of Cal35 with a commercially available plant protection product containing Bacillus bacteria as the active ingredient offered tomato plants significant protection against Fusarium wilt both in the greenhouse and in the field.

â€œThatâ€™s when we realized we were on to something that has value to California agriculture,â€� he said.

Leveau recently published the labâ€™s findings in the journal Phytobiomes. UC Davis submitted a patent application for the combination of Collimonas and Bacillus to control fungal pathogens. The patent was granted in 2016, and licensed by a global biotechnology company that asked for the rights to commercialize Cal35. Unfortunately, because Cal35 was found in a state park, existing law prohibited its commercialization.

Rather than shelve Leveauâ€™s promising discovery, UC Davis tried to find a solution.

â€œWe worked collaboratively and constructively with state parks, UC Davisâ€™ Government and Community Relations office, UC Office of the President and Sen. Doddâ€™s office to construct an amendment that will allow this product, and products like it, to be commercialized to benefit Californians,â€� said William Tucker, executive director of InnovationAccess at UC Davis. â€œIt was very important that any legislation be written in a way that completely respects the parks and canâ€™t be used to exploit the natural resources.â€�

The new law allows the state parks director to issue commercialization permits to qualified universities and institutions, letting breakthroughs go to market. It also mandates a benefits-sharing agreement, so that state parks can receive a fair benefit, on a case-by-case basis, for discoveries approved for commercialization.