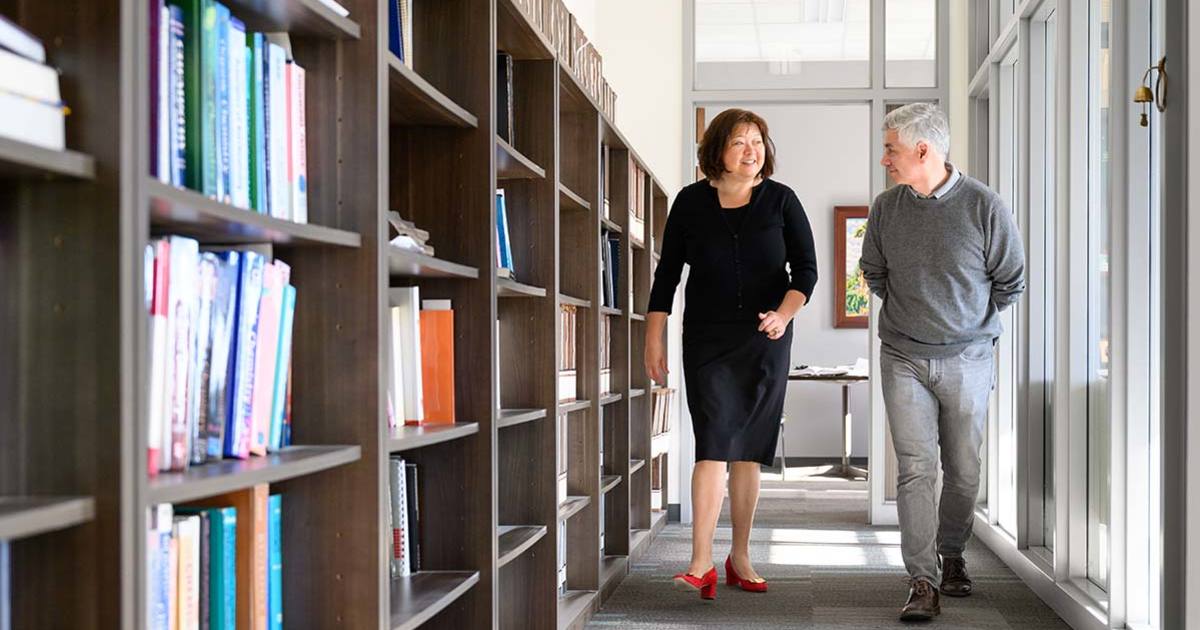 Thousands of new chemical structures are tested in hopes of discovering a single drug meant to treat a single disease. Of the 5,000 to 10,000 that are prepared, only about 250 of those make it to the pre-clinical stage, and potentially as few as five make it to clinical trials in humans.

The gap between discovery and clinical research is dubbed the Valley of Death â€” the place where promising compounds languish because of lack of funding in academic labs and start-up companies. But one compound developed at the University of Notre Dame recently received funding from the Department of Defense for this pre-clinical phase, allowing the drug to move beyond discovery and toward clinical trials in humans.

The compound, called (R)-ND-336, is a topical gel for treatment of diabetic foot ulcers. It was developed by Mayland Chang, research professor in the Department of Chemistry and Biochemistry, and Shahriar Mobashery, the Navari Family Professor in Life Sciences in the Department of Chemistry and Biochemistry. Both are affiliated with Advanced Diagnostics & Therapeutics and the Warren Family Research Center for Drug Discovery and Development.

About 25 percent of all patients with diabetes will develop foot ulcers. Elevated blood glucose causes numbness in the extremities, and the patients cannot feel the ulcers forming. They are notoriously difficult to heal.

The $4.6 million award from the Department of Defense will help fund the expensive studies required before the compound can be given approval by the FDA to be tested on people. Chang and Mobashery expect this pre-clinical phase to last two years, and both anticipate the compound to move ahead to human trials. Additionally, they have shown that it should not cause cancer or have other toxic side effects.

â€œMany times what happens is some drugs go into the market and pharmaceutical companies may just know that it works in humans, but they donâ€™t really know how,â€� Chang said. â€œBut we took a very systematic approach to address these issues.â€�

They evaluated the effectiveness of becaplermin, the only FDA-approved drug on the market to treat diabetic ulcers, which was introduced 20 years ago. It uses a growth factor to stimulate tissue healing and is moderately effective, but comes with a black box warning for an increase in cancer and death. They compared its effectiveness with (R)-ND-336 in diabetic mice, and showed that (R)-ND-336 was more effective.

Chang and Mobashery looked at the specific enzymes, called matrix metalloproteinases (MMPs), involved in remodeling tissues, and discovered that two closely related MMPs played roles in diabetic wound healing. One of the enzymes, MMP-9, slows healing, while the other one, MMP-8, promotes it. Therefore, broad-spectrum drugs that inhibit both of these MMPs would actually prevent the wound from healing by blocking MMP-8â€™s healing properties. (R)-ND-336 inhibits only MMP-9, preserving the beneficial effects of MMP-8. This makes it a superior drug in diabetic wound healing.

â€œWe synthesized hundreds of inhibitors with different selectivity, and tested these compounds to figure out which one works better,â€� Chang said. â€œWe found (R)-ND-336 is the best.â€�

They tested the presence of the target MMP-9 enzyme by collecting wound tissue that patients from Elkhart General Hospital donated for research. Chang and Mobashery determined that the most severe and infected wounds had higher levels of this detrimental enzyme, an observation that underscores the likely success in the future human trials.

Mobashery expects the latest funding will take them over the so-called Valley of Death, but more funds will need to be raised for the compound to undergo the first round of clinical trials.