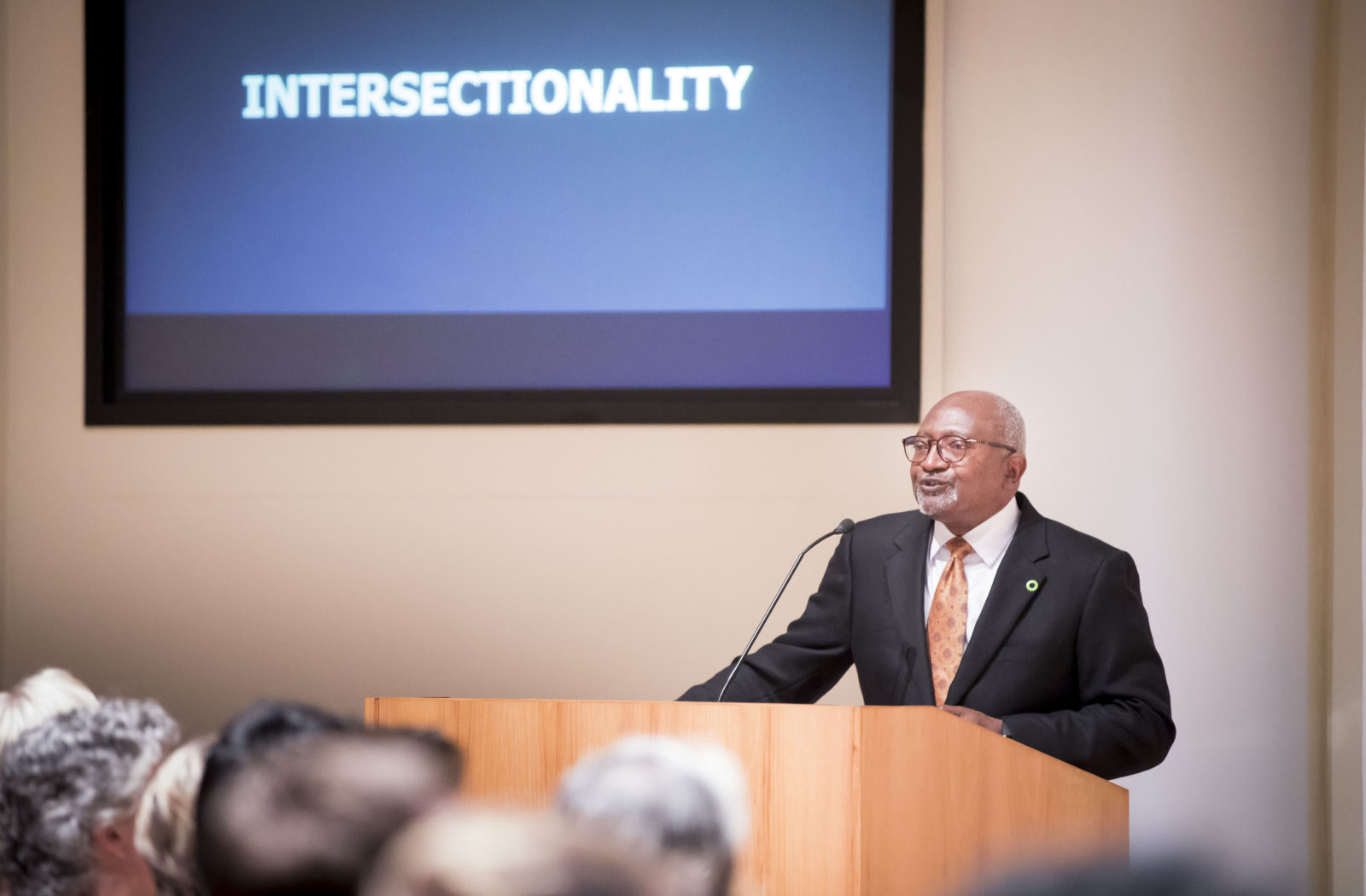 Robert Bullard, an award-winning author and distinguished professor of urban planning and environmental policy at Texas Southern University, described the economic and racial disparities inherent in environmental issues before a packed audience in Wyatt Rotunda Oct. 1. Bullard, known as the â€œfather of environmental justice,â€� spoke at Vanderbilt as part of a collaboration between the Chancellorâ€™s Lecture Series and the Deanâ€™s Diversity Lecture Series at Vanderbilt Peabody College of education and human development.

â€œProfessor Bullardâ€™s work centers on topics that are of critical importance to our university and our community, with our commitments to sustainability and inclusive excellence,â€� said Interim Chancellor and Provost Susan R. Wente. â€œHe has amplified the need for all to have a voice in the decisions affecting their communities.â€� 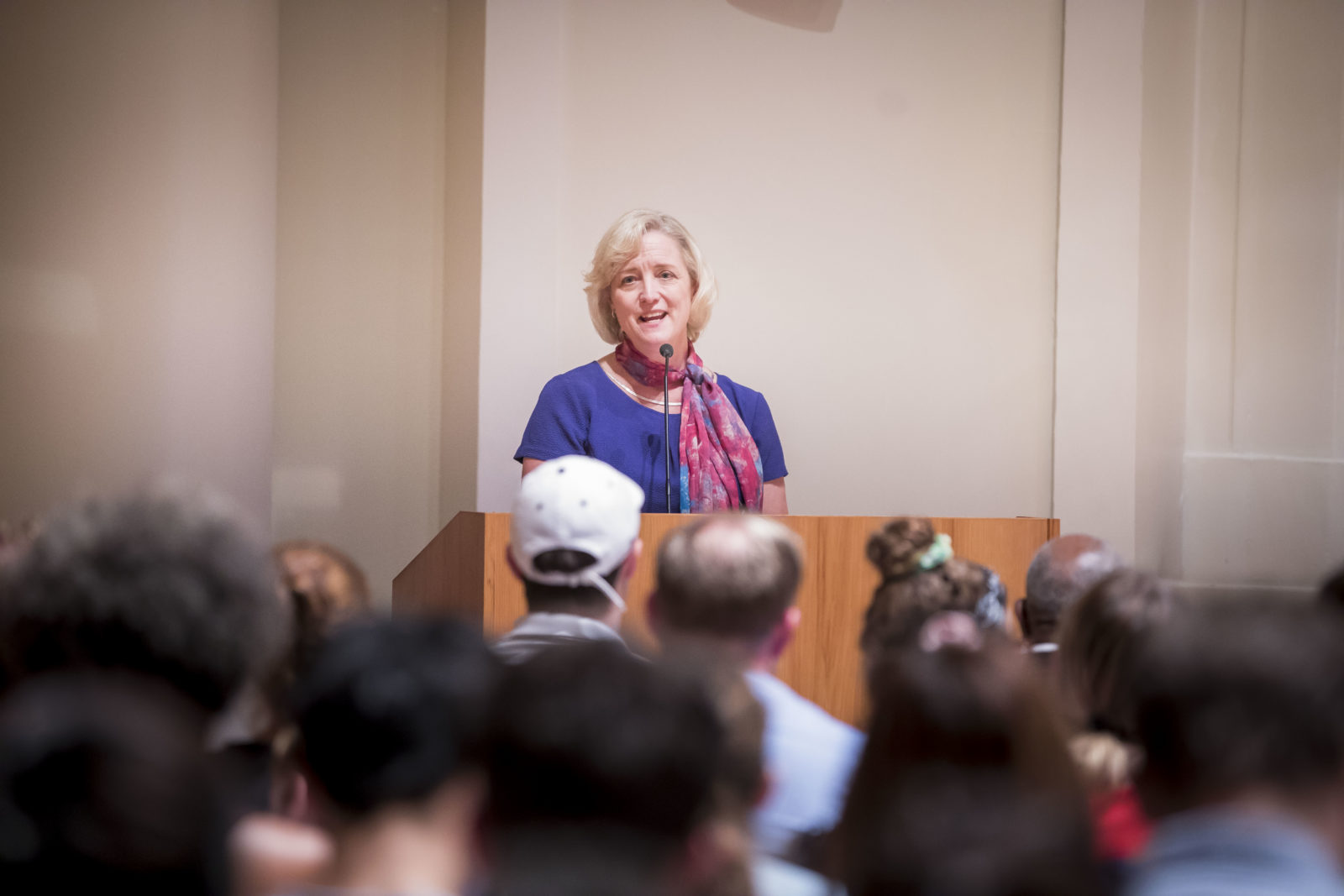 â€œAll communities are not created equal. If a community happens to be poor, or located physically on the wrong side of the track, it receives less protection. It receives less of the good stuff and more of the bad stuff,â€� Bullard said. â€œBut every community has the right to equal protection, the right to have children be able to go outside on the playground without fear of pollution or contamination.â€�

Bullard started working on environmental and climate justice issues in the 1970s after his wife filed a lawsuit to stop a new landfill from being placed in a predominantly black community in Houston. His research at the time found that a majority of the landfills in Houston were in close proximity to communities of color, leading to the development of maps showing areas of â€œenvironmental discrimination.â€�

Bullard said addressing equity is a prerequisite to environmental and climate justice. â€œWe canâ€™t just have sustainability. We have to build justice into sustainability to address unequal development, wealth gaps and health gaps,â€� he said. 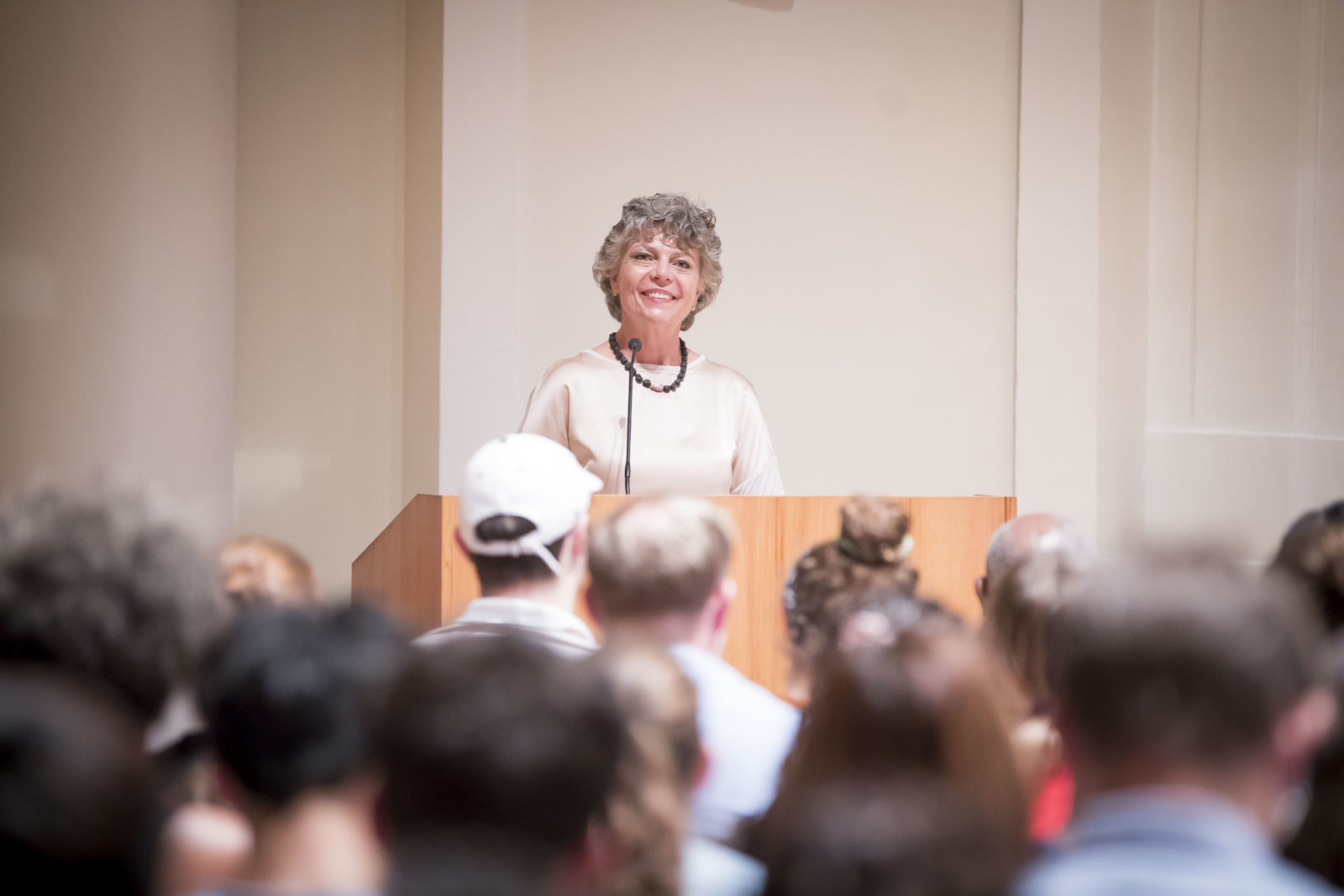 Bullardâ€™s visit to Vanderbilt marked the first time that the Chancellorâ€™s Lecture Series has partnered with the Deanâ€™s Diversity Lecture Series at Peabody College.

â€œThis event underscores the priority that Peabody College and Vanderbilt place on environmental justice and the larger cause of social justice generally,â€� said Camilla P. Benbow, Patricia and Rodes Hart Dean of Education and Human Development at Peabody College. â€œWe are proud Professor Bullardâ€™s visit has provided an opportunity to collaborate with other local universities to strengthen the social fabric in our region.â€�

Visit the Deanâ€™s Diversity Lecture Series website to learn more about the series. The Chancellorâ€™s Lecture Series will have its next event on Thursday, Oct. 31, featuring Pulitzer Prize-winning authors and presidential historians Doris Kearns Goodwin and Jon Mecham, who holds the Carolyn T. and Robert M. Rogers Chair in American Presidency at Vanderbilt.