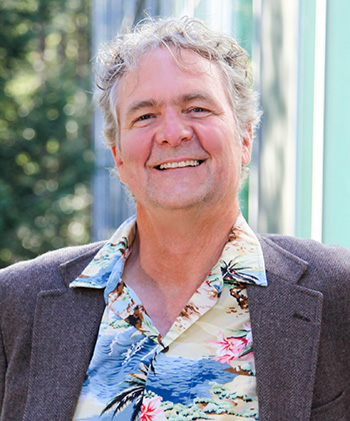 “We are delighted to announce this major gift and grateful to the donors for their generosity. UC Santa Cruz has long been a leader in genomics research, and the Genomics Institute is now poised to rapidly innovate in extraordinary new ways to address some of the most important issues of our time,” said UCSC Chancellor Cynthia Larive.

The pledge from the anonymous donor was made in partnership with campus leaders who have committed one-time funding of $1.7 million for facility upgrades and moving costs associated with the relocation of the Genomics Institute to 2300 Delaware Ave., and $650,000 annually for the next ten years to support the Genomics Institute’s operating budget.

“It’s a substantial step forward for us to have this kind of long-term funding,” said David Haussler, professor of biomolecular engineering in the Baskin School of Engineering and director of the Genomics Institute. “This wonderful gift coincides with major new grants from the National Institutes of Health and our official establishment as an organized research unit of the campus. It feels like the culmination of 20 years of genomics work here at UC Santa Cruz.”

Working with the international Human Genome Project in 2000, Haussler’s team assembled the first working draft of the human genome sequence and posted it on the internet. The sequencing of the human genome sparked a revolution in biomedical research, and the UCSC Genomics Institute remains at the forefront of that revolution. Its researchers are recognized as world leaders in genomics, creating advanced technologies and open-source genomics platforms to unravel evolutionary patterns, molecular processes, and the underpinnings of disease.

The funds from the gift will be used to support a wide range of cutting-edge research projects at the Genomics Institute. Some of the funds will also support genomics-based interdisciplinary efforts involving the social sciences, arts, humanities, engineering, and physical and biological sciences.

Genome sequencing and the applications of genomics in clinical medicine have been a major focus of the institute’s researchers. While genomics promises to revolutionize medicine, it also raises questions about issues of privacy, consent, social justice, and the genetic future of humanity and of Earth’s ecosystems. Advances in genomics must address both scientific and societal questions, and the Genomics Institute aims to integrate the work of genome scientists with that of scholars in the social sciences, arts, and humanities.

In addition to medical applications, researchers at the institute are using genomics to understand the evolution of life on Earth and to inform efforts to conserve and protect endangered species. Beth Shapiro, professor of ecology and evolutionary biology and associate director of the Genomics Institute, is a leader in the field of paleogenomics, using ancient DNA to study evolutionary history and the effects of environmental change on species and ecosystems. Shapiro helped launch the UC Conservation Genomics Consortium, and she and other UCSC researchers are also involved in the Genome 10K Project, which Haussler helped launch and which aims to sequence the genomes of at least 10,000 vertebrate species.

“Conservation genomics can help us understand the biodiversity of life on this planetâ€”what we have, what we’re losing, and how we can save it,” Shapiro said.

The Genomics Institute is involved in a wide range of large, collaborative projects, including several cancer genomics projects, such as the Treehouse Childhood Cancer Initiative, and a major new genome sequencing project called the Human Pangenome Reference Sequence Project. The institute’s DNA sequencing center will deploy advanced sequencing technologies, including nanopore sequencing pioneered at UCSC, to sequence human genomes at an unprecedented level of accuracy and completeness.

The Genomics Institute is also building the computational infrastructure for the global Human Cell Atlas, an effort to map every type of cell in the healthy human body, and they have launched an innovative effort to learn how the human brain evolved and how its neural circuitry develops using AI and cerebral organoid technology.

Based in the Baskin School of Engineering, the Genomics Institute brings together staff and faculty in all five campus divisions. The institute moved its headquarters over the summer to renovated office and laboratory space in the campus-owned complex at 2300 Delaware Ave. on the west side of Santa Cruz. The site now hosts about 80 of the instituteâ€™s researchers and technical and administrative staff, and plans for the site include the new genome sequencing center and other laboratory facilities.

“This generous gift will support the important work Genomics Institute researchers are doing to understand cancer and other diseases, develop global data-sharing standards, inform conservation efforts, and much more,” said Alexander Wolf, dean of the Baskin School of Engineering. “By employing computational methods in combination with laboratory experiments, which has long been a strength of Baskin Engineering, the Genomics Institute is making huge strides in areas that will benefit humankind.”