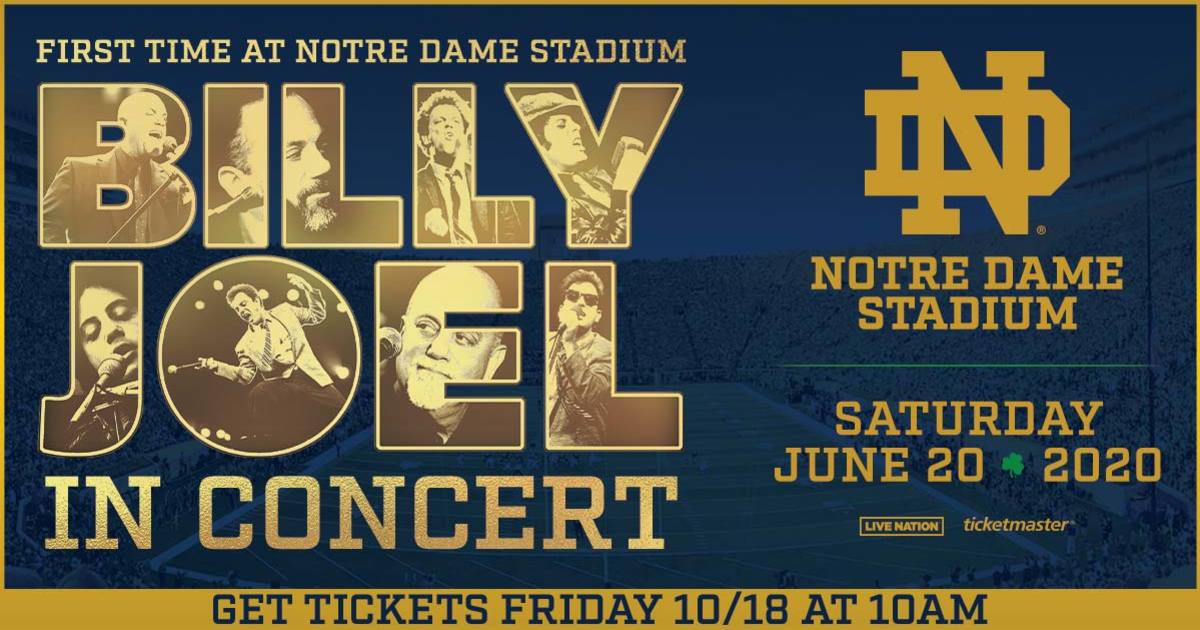 â€œAs we continue to work to bring world-class events to Notre Dame and the greater South Bend/Elkhart region, we are excited to have Billy Joel play for his first time at Notre Dame Stadium on June 20, 2020,â€� said Micki Kidder, vice president for University enterprises and events.

Returning to South Bend for the first time in 24 years, Joel has made previous appearances at Notre Dame, once at the Joyce Center in 1984 and at the Stepan Center in 1996.

Tickets for the general public go on sale at 10 a.m. Oct. 18 (Friday) via livenation.com.

Having sold 150 million records over the past quarter century, scoring 33 consecutive Top 40 hits, Joel ranks as one of most popular recording artists and respected entertainers in history. The singer/songwriter/composer is the sixth best-selling recording artist of all time and the third best-selling solo artist. In December 2013, Joel became Madison Square Gardenâ€™s first-ever music franchise, playing one show per month there since January 2014. In 2016, the Library of Congress selected â€œPiano Manâ€� for preservation in the National Recording Registry for its â€œcultural, historic, and artistic significance.â€�