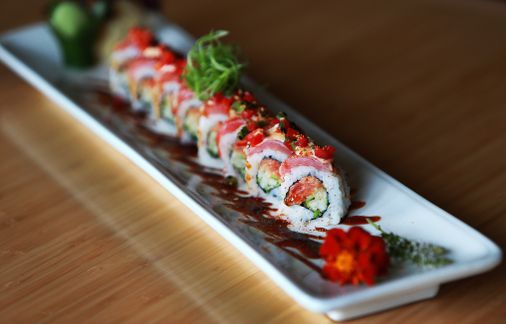 Sometimes you can even change how you feel about a certain food over time.

Genetics â€” Some people find the taste of cilantro super soapy, and that may be because of genetic variations in olfactory receptors, according to a 2012 study out of the genetic testing company 23andMe.

Very few taste preferences are based on genetics, said Don Katz, a professor of psychology and neuroscience at Brandeis University, but people who have an intense aversion to some green vegetables like broccoli and escarole may also be at the mercy of their genes. If youâ€™re whatâ€™s called a super-taster, â€œa subset of green vegetables taste really, really bitter,â€� said Katz, who does research with rodents on what makes foods taste good or bad.

Your past experiences â€” Humans evolved to survive, and how we taste things is part of that, Ryan said. Our brains are constantly computing information about what we put in our mouths â€” whether itâ€™s safe or unsafe â€” and storing that information for the future, so that if we start eating something thatâ€™s dangerous to us later on, our brains will immediately send us a signal to spit it out, she explained.

By a similar token, if you have a negative experience with a food, even if itâ€™s nontoxic, you may develop a hatred of it. When Katz was around 5 years old, he ate a piece of baseball diamond-shaped birthday cake that was covered in coconut flakes. He got sick â€” probably for an entirely unrelated reason, he said â€” but â€œformed an aversion to coconut at age 5, which lasts to this day.â€�

Cultural learning â€” A total lack of interacting with a particular food could also be behind your dislike of it. Some tastes are broadly enjoyed within a culture and only within that culture. Exhibit A: Vegemite in Australia. Itâ€™s basically a large-scale social learning experiment, Katz said.

Other senses â€” If youâ€™re anti-
sushi, your revulsion may actually have more to do with the fishâ€™s slimy texture. A loathing of smelly cheese probably has way less to do with its taste than, well, its smell.

â€œItâ€™s sort of an illusion, in that it isnâ€™t anything coming from the tongue,â€� Katz said.

And regarding spicy foods: â€œSpice is really coming from receptors that arenâ€™t about taste â€” theyâ€™re about pain, and heat, and touch,â€� Katz said. â€œBut that doesnâ€™t change the fact that when youâ€™ve got something in your mouth thatâ€™s spicy, you experience it as a taste.â€�

The â€œperformance valueâ€�â€” What you do and donâ€™t like to eat can also be influenced, often subconsciously, by how you want to be perceived, said Megan Elias, director of BUâ€™s Gastronomy Program. Someone who says they â€œhateâ€� greasy foods may want to appear to be a health nut. Someone whoâ€™s never even tried a certain exotic dish may assume he or she wonâ€™t like it because that person sees him or herself as basic and safe.

â€œA lot of eating is actually done in public, and with social media,â€� Elias said. â€œAnd so if you can find [a food] that people feel strongly about . . . just for some physiological reasons are very strongly good or very strongly bad to different people, if you can be seen taking a side there, thatâ€™s a kind of story that you can tell about yourself.â€�

HOW TO GET USED TO A TASTE YOU DONâ€™T LIKE

So what if you want to change your story? Neophobia is the fear of the new, and Katz explained that we often face it when we try new foods. However, he said, â€œthe more exposure you get to something, in general, the more youâ€™re going to like it.â€�

â€œThere are very few things that are really bitter that you tried the first time and thought, â€˜Yeah, this is this is what I want,â€™â€‰â€� Katz said. â€œThe reason that some people love them is, initially, to be honest with you, social learning. This is where psychology comes in.â€�

Your coffee habit may have started because you observed all of the focused kids in the college library with thermoses in hand, or a mentor at work who always carried a mug around the office. Maybe you began by drinking mochas and lattes before moving to the drip variety.

Follow that logic: If you want to learn to like a food, try eating or drinking a little bit of it at a time, increasing your exposure to it as you go. Put yourself in a positive social context, too, suggested Ryan, so your brain can learn to associate that food with pleasure.

And if thatâ€™s not a cue to organize a casual dinner party for some taste-testing, we donâ€™t know what is.

Alison Goldman can be reached at [email protected].