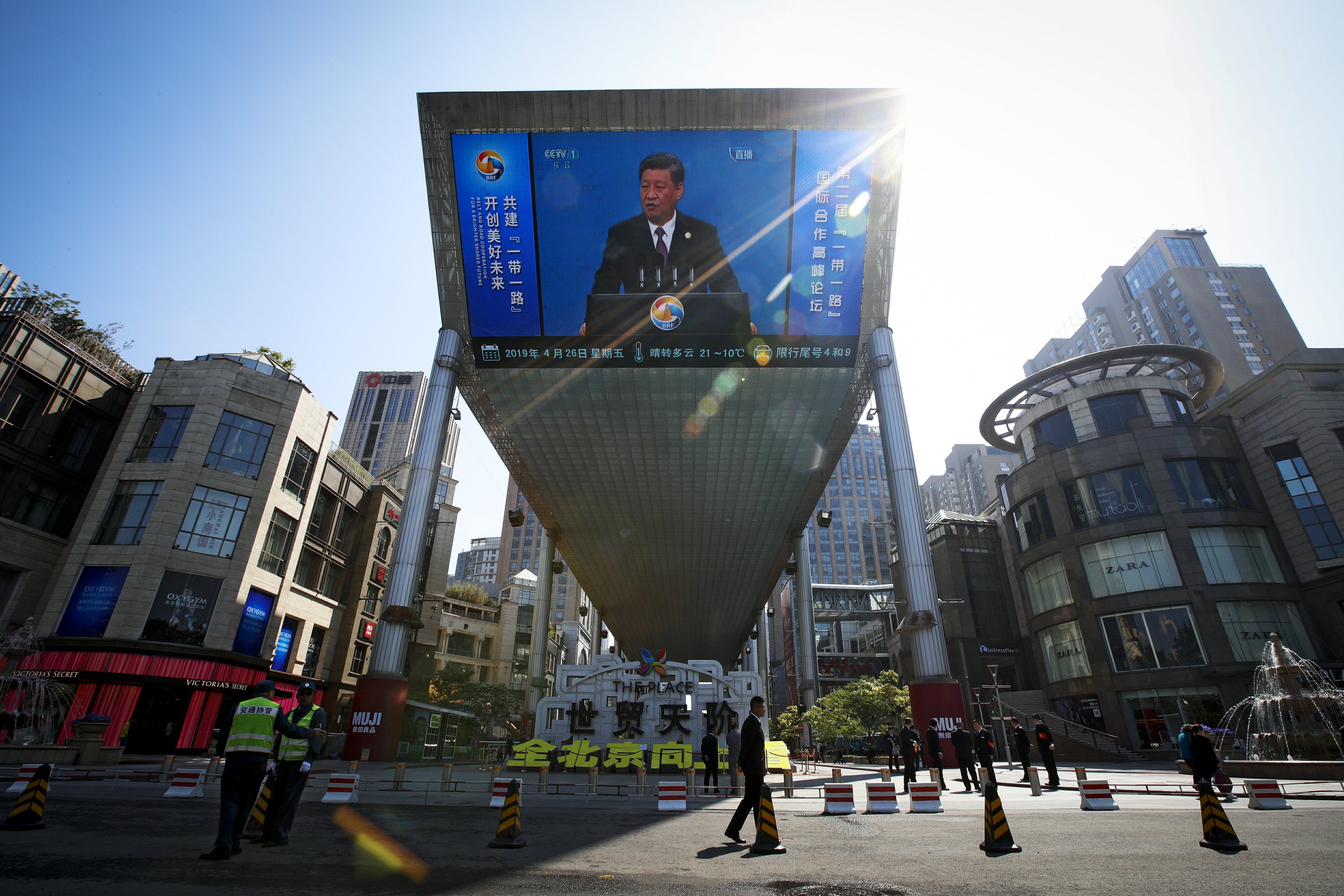 NEW YORK (AP) â€” The furor over a tweet by the Houston Rockets general manager in support of Hong Kong protesters is highlighting the fine line that U.S. companies must walk when doing business with China.

The NBA is trying to manage that delicate relationship after Daryl Morey posted a now-deleted tweet of an image that read â€œFight for Freedom. Stand with Hong Kong,â€� referring to the 4-month-old protests in the semiautonomous Chinese territory. That set off an immediate backlash, with Chinaâ€™s state broadcaster canceling plans to show a pair of preseason games in that country later this week.

With a population of 1.4 billion people, a rapidly growing middle class and easing economic restrictions, China is highly appealing to U.S. companies looking for growth overseas. But companies must balance the potential for growth with the potential for pitfalls in dealing with a country that aggressively goes after its detractors.

Paul Argenti, professor of corporate communication at Dartmouthâ€™s Tuck School of Business, cautions that companies should know what theyâ€™re getting themselves into when they enter a relationship with a country thatâ€™s heading into 70 years of communist rule.

â€œIt has a regime that doesnâ€™t look like the United States,â€� Argenti said. â€œWe can pretend it is a democracy, but itâ€™s not.â€�

Western governments dislike Chinaâ€™s attacks on companies but are unlikely to get involved, said David Zweig, a politics specialist at the Hong Kong University of Science and Technology. So itâ€™s up to companies to navigate situations themselves.

Most of the time that means companies that face trouble quickly acquiesce to Beijing, apologize and try to â€œbuild bridgesâ€� instead of standing up to China, said Jonathan Sullivan, director of China programs at the University of Nottinghamâ€™s Asia Research Institute.

In 2018, Gap pulled a shirt with a map of China that did not include Taiwan, a self-ruled island that Beijing regards as Chinese territory, and apologized. Delta Air Lines, hotel operator Marriott and fashion brand Zara have all apologized to China for referring to Taiwan, Hong Kong or Tibet as countries on websites or promotional material. And Mercedes-Benz apologized for quoting the Tibetan spiritual leader, the Dalai Lama, in a social media post.

â€œEveryone â€” states and companies â€” seem to accept that they have to tread on eggshells when it comes to China for fear of offending them and being punished,â€� Sullivan said in an email. â€œAnd they have to contort themselves to do that.â€�

A rare exception of a company standing up to China is Google Inc., but even the internet giant had its limits. Google shut down its mainland Chinese search engine in 2010, no longer willing to enforce Chinese censorship by not displaying foreign websites in search results if they were blocked by government filters. Years later, however, reports surfaced that Google was working on a search engine that complies with Chinaâ€™s censorship laws, dubbed â€œDragonfly,â€� leading to an outcry and a protest by hundreds of its own employees.

Peter Petri, a professor of international finance at the Brandeis International Business School, said despite the risks of dealing with China, the country is hard for U.S. businesses to avoid.

â€œBoth countries have huge economies and are the worldâ€™s greatest innovators â€” they have too much to sell and license to each other to stay isolated in the long run,â€� he said. â€œEspecially in high-tech products, China will soon be the largest market in the world, and Americaâ€™s best companies canâ€™t stay global leaders without a strong presence there.â€�

China is well-aware of its power and influence. And while a tweet may seem inconsequential, the Chinese governmentâ€™s subsequent outrage has a chilling effect on anyone thinking of doing the same, said Alexander Dukalskis, a professor at University College Dublin specializing in Asian politics and human rights.

â€œIn these episodes, the Chinese government is sending a clear signal to other companies that if you or one of your executives criticize certain policies, your company risks losing large sums of money,â€� he said.

Over time, companies that want to do business with China learn to censor themselves â€” and maybe even their own employees.

Ultimately, some companies may find itâ€™s not worth the possibility of alienating U.S. customers or risking Chinese ire by doing business in China, no matter how lucrative the deals may be. Dartmouthâ€™s Argenti says they must consider how their business in China measures up to their own values and sense of responsibility and then decide, â€œAre you willing to go to the mat for that, or is it just lip service?â€�

AP writers Joe McDonald in Beijing and Kelvin Chan in London contributed to this report.