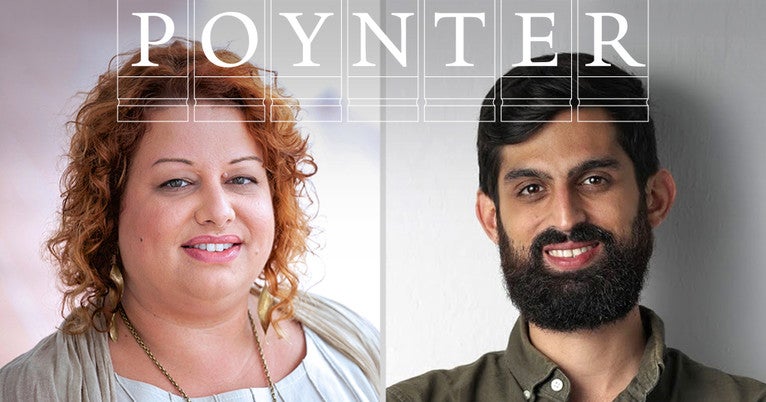 A conversation with Carla Minet and Luis ValentÃ­n Ortiz

Journalists Carla Minet and Luis ValentÃ­n Ortiz will deliver a talk on the impacts of investigative journalism, social justice, and political mobilization in Puerto Rico. The event, which is free and open to the public, is co-sponsored by the Poynter Fellowship in Journalism, the Yale Center for the Study of Race, Indigeneity, and Transnational Migration, and Ezra Stiles College. It will be held on Thursday, Oct. 24 at 4:30 p.m. in the Ezra Stiles Head of College House, 9 Tower Pkwy.

Minet is the executive director of the Centro de Periodismo Investigativo, an award-winning, nonprofit investigative journalism collective in Puerto Rico. The Centro de Periodismo Investigativo is credited with exposing the corruption within Puerto Rican Governor Ricardo RossellÃ³â€™s cabinet, leading to his resignation in 2019 after mass protests across Puerto Rico. Minet previously worked for 80 Degrees, DiÃ¡logo, and CommunityPress, where she was the executive director for six years. She has over 15 years of experience as a reporter, researcher, editor, and producer.

ValentÃ­n Ortiz is a writer at the Centro de Periodismo Investigativo, where he focuses on Puerto Ricoâ€™s public debt and other aspects of Puerto Rican political economy. He is the recipient of the 2016 Laura Rivera Award for Best Young Journalist of the Year for his work in this area. He previously worked as an editor at the Caribbean Business Weekly before joining the Centro de Periodismo Investigativo. His work has appeared in Reuters, The Canberra Times, and U.S. News, among other publications. He received his bachelorâ€™s degree in economics from Pennsylvania State University, and his juris doctor from the University of Puerto Rico.

The Poynter Fellowship in Journalism was established by Nelson Poynter, who received his masterâ€™s degree in 1927 from Yale. The fellowship brings to campus distinguished reporters, editors and others who have made important contributions to the media. Among recent Poynter fellows are Cynthia Graber, Mark Dery, and Susan Youssef.