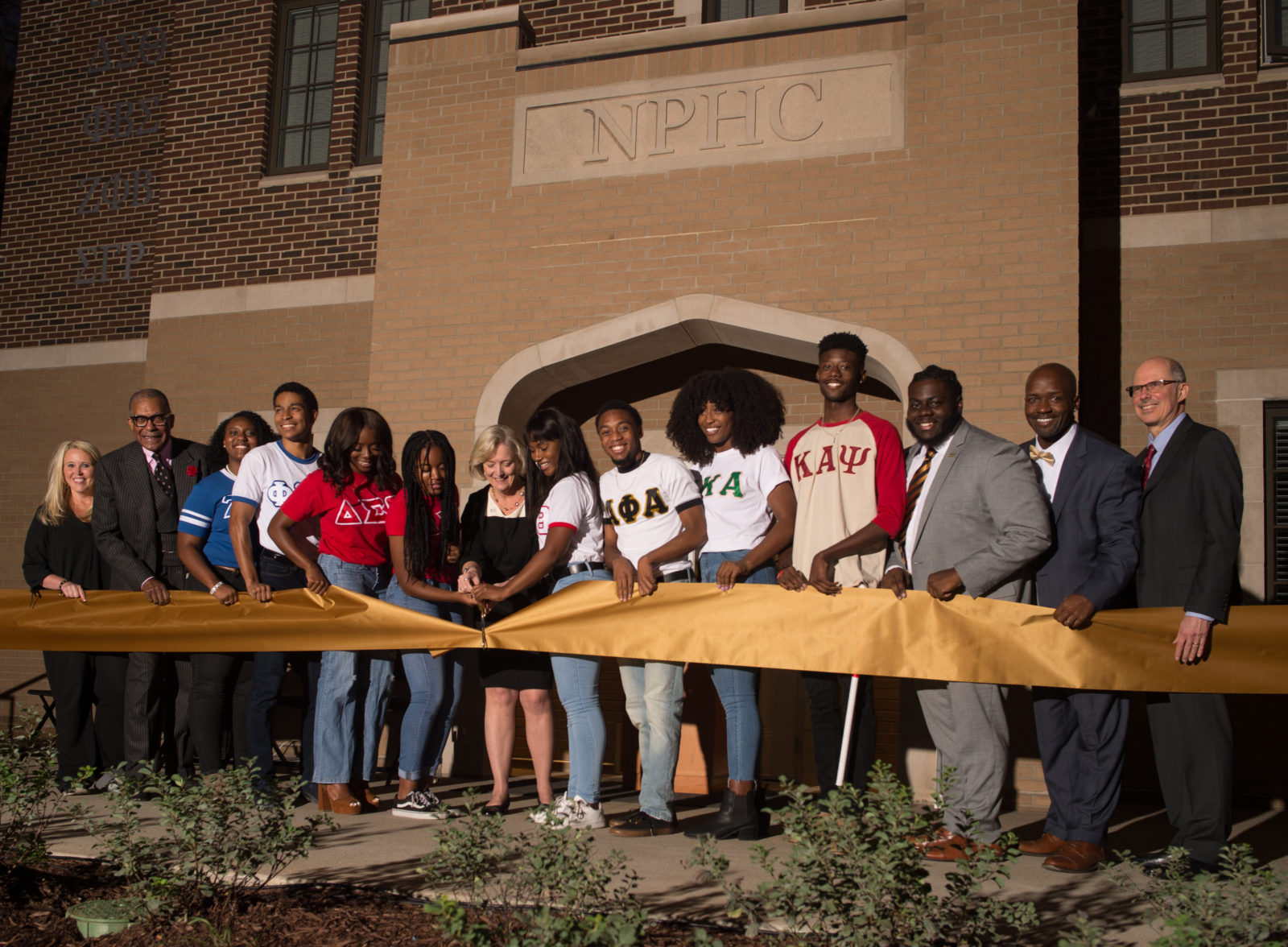 Members of the Vanderbilt community celebrated the grand opening of the new National Pan-Hellenic Council House on Oct. 18 with a ribbon-cutting ceremony and reception. The new house is part of the evolution of FutureVUâ€™s West End Neighborhood.

â€œThis is an exciting milestone for the National Pan-Hellenic Council, Greek Life and every student, faculty, staff and alumni who is here to see the opening of this very special building,â€� said Interim Chancellor and Provost Susan R. Wente. â€œIt represents the collegiality that we so highly value and our efforts to foster diversity and inclusion. This house also represents Vanderbiltâ€™s devotion to belonging and welcoming every person on our campus to reach their full potential.â€� 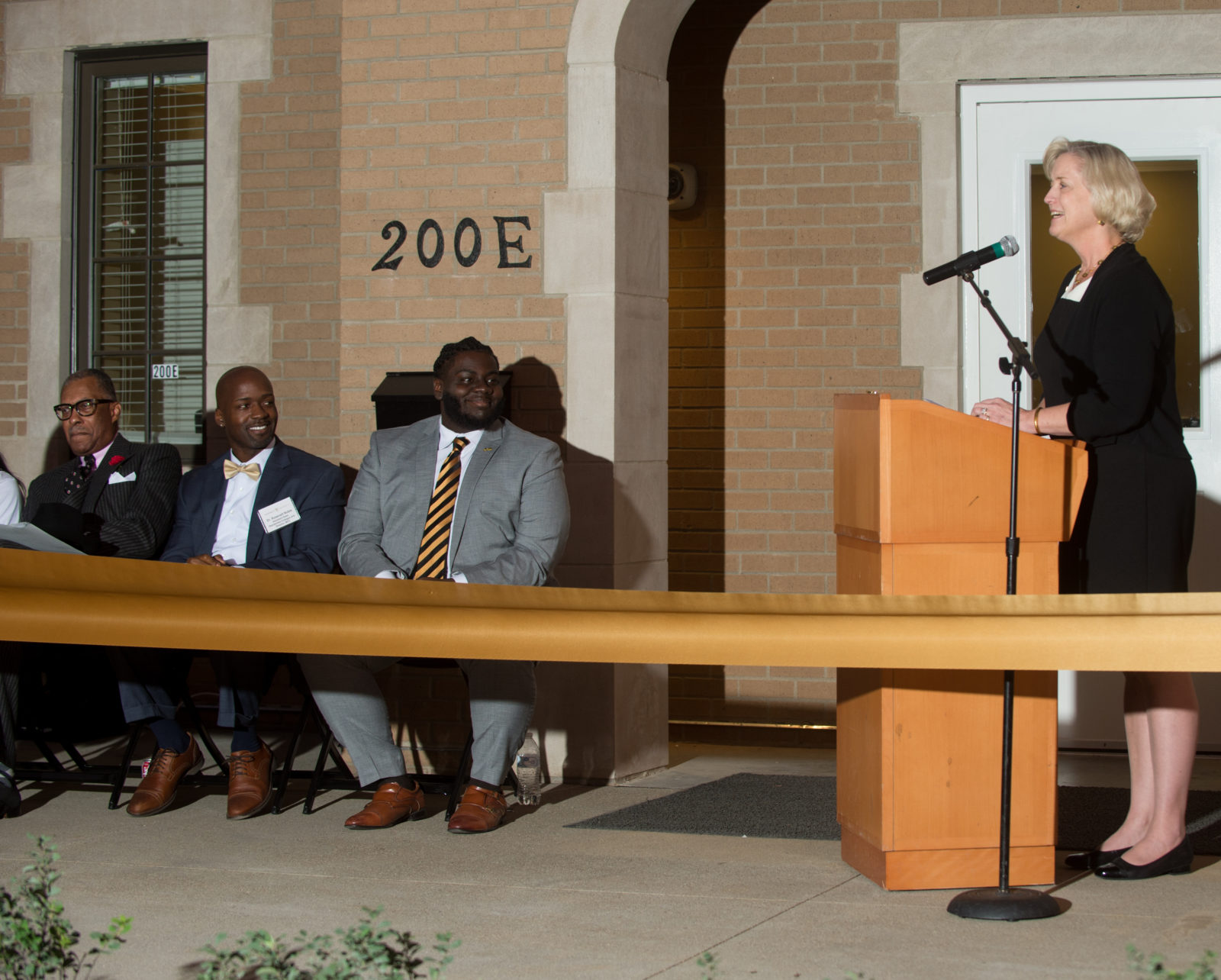 Vanderbilt NPHC President Gabrielle Dyson, a member of Delta Sigma Theta Sorority Inc., spoke about the impact of Greek Life on her Vanderbilt experience. â€œNPHC has been a staple of my experience at Vanderbilt, from the people that we looked up to when we were freshman to the programs that were put on that were for the community, by the community,â€� she said. 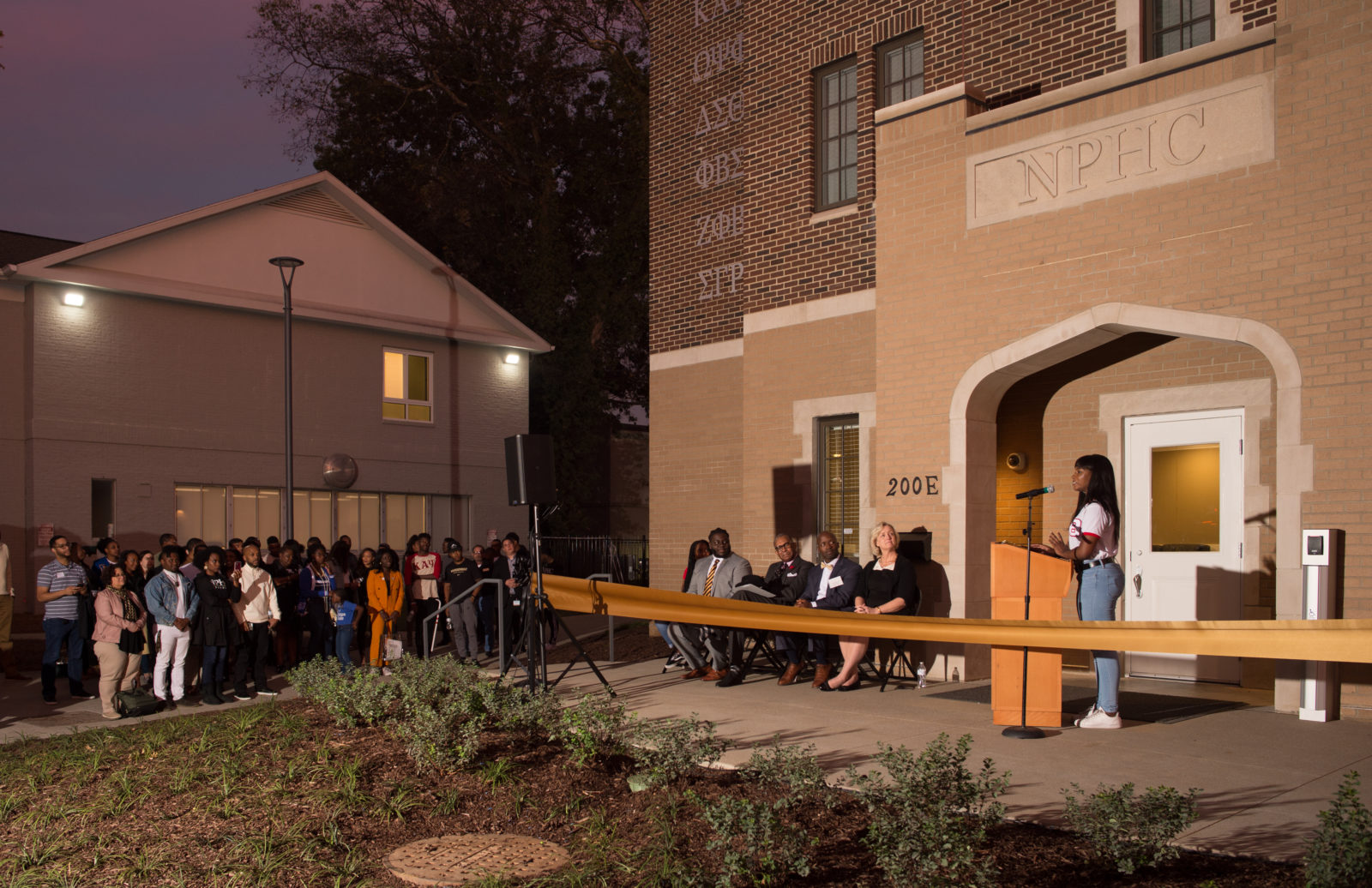 All NPHC fraternities and sororities have suites in the new house, and up to two members from each chapter can live in the suites. The house also has common spaces and multipurpose rooms to accommodate meetings, activities and programs throughout the year.

â€œThis has been a long time coming,â€� said Harold Brown, Greek Life coordinator. â€œThe students got around the table with the architects and helped design a space that meets their unique needs, maximizing their experience and presence here at Vanderbilt.â€�

The National Pan-Hellenic Council was initially formed in 1930 on the campus of Howard University in Washington, D.C. The organization later was incorporated under the laws of the State of Illinois in 1937 and became known as the National Pan-Hellenic Council, Incorporated. The nine NPHC organizations, including the eight charted at Vanderbilt, are often referred to as the â€œDivine Nine.â€�