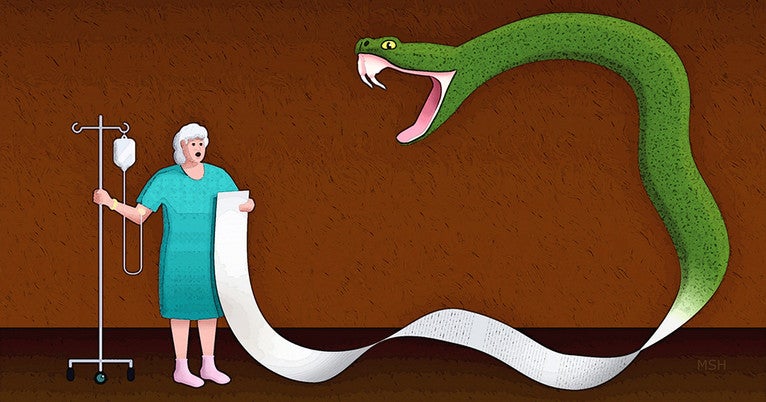 Patients with private health insurance face a serious risk of being treated and billed by an out-of-network doctor when they receive care at in-network hospitals, according to a new study by Yale researchers. Addressing the issue could reduce health spending by 3.4% — $40 billion annually, the researchers conclude.

The study, published Dec. 16 in the journal Health Affairs, analyzes 2015 data from a large commercial insurer covering tens of millions of individuals throughout the United States to show that anesthesiologists, pathologists, radiologists and assistant surgeons at in-network hospitals billed out of network in about 10% of cases.

“When physicians whom patients do not choose and cannot avoid bill out of network, it exposes people to unexpected and expensive medical bills and undercuts the functioning of U.S. health care markets,” said Zack Cooper, associate professor of public health at the Yale School of Public Health and in the Department of Economics who is one of the study’s authors. “Moreover, the ability to bill out of network allows specialists to negotiate inflated in-network rates, which are passed on to consumers in the form of higher insurance premiums.”

The study, which was supported by the James Tobin Center for Economic Policy at Yale, adds to a body of work by Cooper and colleagues analyzing the causes of surprise medical billing in the United States. A 2018 study in the New England Journal of Medicine found that over 1 in 5 patients who went to in-network emergency departments were treated by out-of-network emergency physicians. A 2019 study analyzed the drivers of surprise medical billing and New York State’s approach of protecting consumers by introducing binding arbitration between insurers and out-of-network physicians.

Their research triggered the recent push in Congress to pass federal protections against surprise medical billing. Several relevant bills are currently under consideration in Congress. Cooper’s research has been cited by the White House, highlighted by congressional leaders, and featured extensively in the media.

The latest paper focused on anesthesiologists, pathologists, radiologists, and assistant surgeons — hospital-based physicians who are not chosen by patients. After analyzing more than 3.9 million cases involving at least one of the four specialties, the researchers found out-of-network billing at in-network hospitals occurred in 12.3% of pathology cases, 11.8% of anesthesiology care, 11.3 % of cases involving an assistant surgeon and 5.6% of claims for radiologists.

Out-of-network billing was more prevalent at for-profit hospitals and at hospitals located in concentrated hospital and insurance markets where there is little competition, according to the study.

When a private insurance company declines to cover care delivered by an out-of-network provider, patients can get stuck with exorbitant bills. Mean out-of-network charges were $7,889 for assistant surgeons, $2,130 for anesthesiologists, $311 for pathologists and $194 for radiologists.

The study analyzes several potential policy measures to address the problem. The researchers’ preferred approach would be to regulate the contracts of physicians who work in hospitals and are not chosen by patients. The policy would require hospitals to sell a bundled package of services that included fees for anesthesiologists, pathologists, radiologists, assistant surgeons and emergency department physicians.

“This approach eliminates the possibility of out-of-network specialists treating patients at in-network hospitals,” said Cooper, who is associate director of the Tobin Center. “It wouldn’t require patients to take any action and it would restore competitively set rates for specialists who patients cannot choose.”

The authors emphasize the need a federal policy to protect patients. Cooper has hosted webinars with policymakers from New York and California to better understand what they’re doing and describe how their efforts could form the basis of a national policy.

“Ultimately, a well designed arbitration system that allows arbitrators to consider in-network rates could work,” said Cooper. “So could a benchmark-style approach, where out-of-network providers are paid mean in-network payments. Then there are hybrid models, like California, which seems to be working well, where there’s a benchmark rate and providers can go to arbitration if they choose. At the end of the day, patients are getting crushed, and we need a change to protect them.”

Cooper’s co-authors are Hao Nguyen, a statistician at Yale’s Institution for Social and Policy Studies; Nathan Shekita, a graduate student at the Yale School of Management (SOM); and Fiona Scott Morton, the Theodore Nierenberg Professor of Economics at SOM. Arnold Ventures supported the research.