Easy access to air travel has not only flattened the world, it also has flattened the bias toward investing locally, according to new research from the University of Notre Dame.

“Mobility of population is death to localism,” as stated in the study “Investment in a Smaller World: The Implications of Air Travel for Investors and Firms,” forthcoming in Management Science from Zhi Da, professor of finance in Notre Dame’s Mendoza College of Business. The paper is one of the first to quantify the impact of a “flattening world” on financial outcomes such as local investment bias and firm cost of capital.

“We find that investors in one location — say Austin, Texas — are more likely to invest in companies in a faraway location — for example, San Jose, California — when the two locations are better connected by air traffic,” Da says. “This investment reduces the risk for Austin investors since they now hold a more diversified portfolio. It also reduces the cost of capital for a San Jose company by approximately 1 percent, as its funding sources become more diverse. 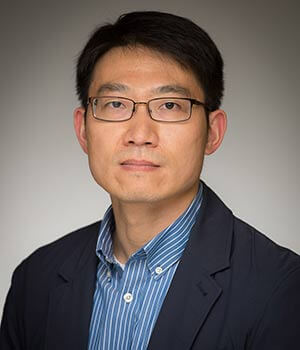 “More broadly,” he explains, “our findings suggest that the mobility of the population and the resulting exchange of ideas and efficient capital flows are good for both the investors and the companies.”

The team extends the literature on local investment bias where proximity is simply measured by geographic distance. They argue air travel has made geographic distance less relevant. For example, the distance between Chicago and San Francisco is more than twice that between South Bend and Tallahassee, but the former location pair is better connected than the latter due to the availability of direct flights.

“When we study the investment flow between two cities,” Da says, “the air traffic is probably more relevant than the geographic distance.”

One could argue the improved economic conditions in Austin and San Jose are what led to increased air traffic and investment flows between the two cities. Put simply, air traffic is the symptom, rather than the cause.

“We tackle this issue by focusing on the initiation of connecting flights (between Austin and San Jose) attributable to the 1997 opening of an air hub in Los Angeles,” Da says. “In other words, we focus on variation in air traffic between two peripheral airports in a network whose connectivity is re-optimized in response to the addition of a central airport. Such variation is less likely driven by economic conditions of the peripheral cities hosting airports.”

The result is confirmed, because investment at destinations served by these connecting flights increases after, not before, their initiation. The improved air traffic has a bigger impact on companies in smaller and less accessible cities. Their average cost of capital is reduced by 1.5 percent as a result compared with 1 percent for an average firm.