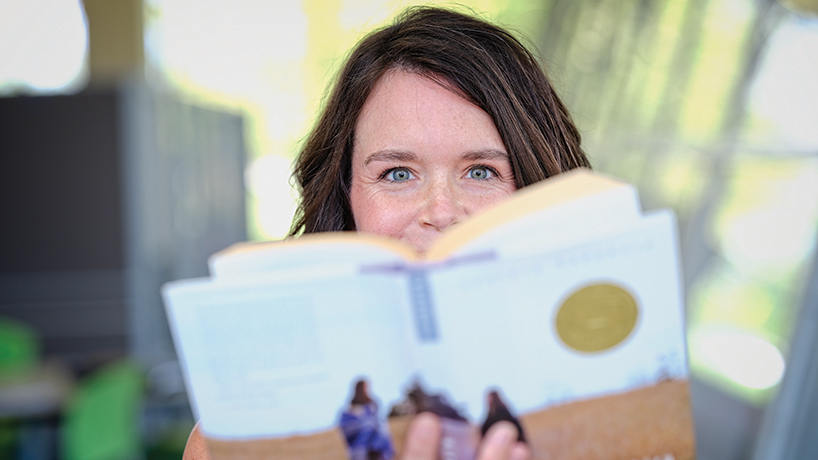 When she was in high school in upstate New York, she served as a literacy volunteer.

“I was 15, and I was tutoring adults who were much older than me in reading and seeing that power of language and literacy,” Rogers says. “I think I’ve always been intrigued by the entanglement of language, literacy and power.”

Now, Rogers is one of the leading experts in the field of critical discourse analysis and literacy studies. She has seven books and more than 75 articles and chapters in national and international journals to her name. You’ll find her latest article, a meta-ethnography of family literacy studies, authored with colleagues Catherine Compton-Lilly of the University of South Carolina and Tisha Lewis Ellison of the University of Georgia, in the latest issue of Reading Research Quarterly.

For her scholarly contributions, Rogers was named a Curators Distinguished Professor by the University of Missouri System, the highest honor bestowed on UM System faculty, in the spring.

“Critical discourse analysis is a set of theories and methodologies to help people unravel and understand what’s happening with language and power,” Rogers says. “I’ve been one of the people who contributed to the rise of CDA in literacy studies – because it was mainly in linguistics – and I’ve also made it more accessible for public intellectuals: educators, counselors, community workers.”

Locally, she has been a longtime leader in Educators for Social Justice – a grassroots organization of teachers who collaborate to integrate social justice practices into their classrooms. On campus, she has helped grow UMSL’s Literacy Clinic from primarily an on-campus, face-to-face lab for preservice and in-service teachers into a clinic that has branches in local schools, now led by colleagues Katherine O’Daniels and Martille Elias.

“I think it puts UMSL on the map being a leader in the preparation of literacy specialists,” Rogers says. “I’m really excited about future research in this area and continuing to grow our program.”

This story was originally published in the fall 2019 issue of UMSL Magazine. If you have a story idea for UMSL Magazine, email magazine@umsl.edu.