Threat of toxic chemicals draws scores of experts to YSPH 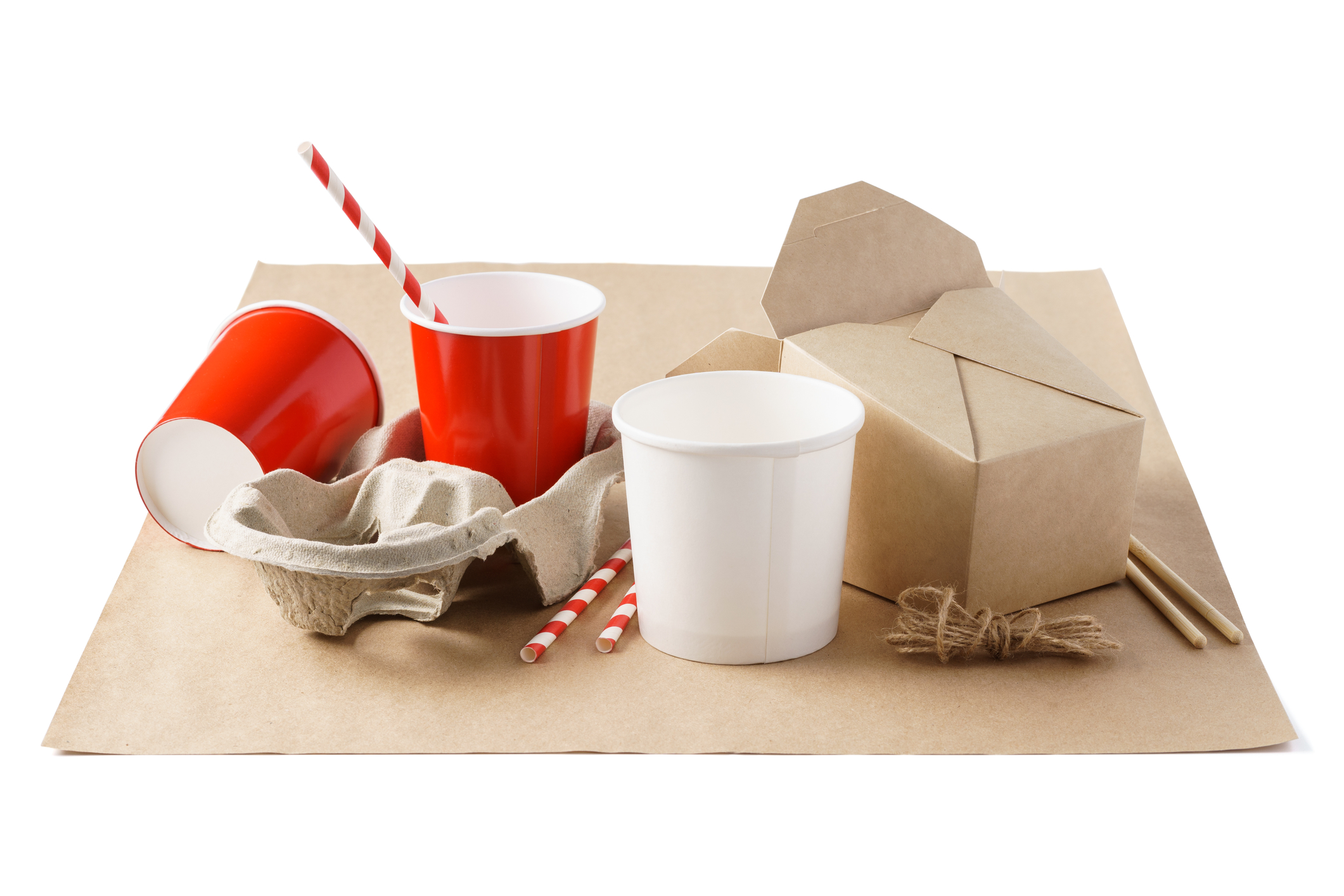 A class of manmade chemicals widely used in consumer goods since World War II—the toxicity of which is featured in the current movie Dark Waters—drew dozens of experts from across academia, government and industry to the Yale School of Public Health (YSPH) to assess the threat posed by per- and polyfluoroalkyl substances, commonly known as PFAS.

The daylong symposium on December 13 hosted by the school’s Department of Environmental Health Sciences (EHS) outlined an enormous problem: people are exposed to PFAS chemicals in their everyday life but very little is known about their safety.

PFAS are widely used in consumer and industrial goods for their heat-resistance and oil- and water-repellent qualities. They are commonly found in cookware, clothing, fire suppressants, pizza boxes, carpeting and many other everyday products. As a result, PFAS are now pervasive in the environment and due to their engineering, they have long biological half-lives in humans, ranging from 3.8 to 7.3 years.

While there are more than 5,000 synthetic PFAS chemicals on the market and in use, only 18 have been investigated for safety. Of the studies conducted, PFAS have been shown to affect the liver, immune and endocrine systems, and childhood development. There is also evidence that the PFAS can cause a range of cancers, including the pancreas, testes and kidneys.

PFAS are coming under increased public scrutiny with federal legislation proposed by Connecticut Congresswoman Rosa DeLauro to ban their use in food containers until they are proven safe. Connecticut’s U.S. Sen. Richard Blumenthal, meanwhile, is also calling for tighter restrictions.

“Ninety-five percent of people have PFAS in their blood and we have no evidence that they are safe,” Vasilis Vasiliou, the Susan Dwight Bliss Professor of Epidemiology, Chair of EHS and the organizer of the symposium, told the gathering in Winslow Auditorium. “PFAS is an emergency for every state, red or blue.”

Human exposure to PFAS can be insidious. PFAS-containing runoff can move through wastewater treatment plants, into fertilizer and then the food supply. If they are burned through trash incineration and released into the air, they can be inhaled or returned to the soil when it rains. PFAS levels are measured in parts per trillion, so filtration that works for other compounds do not capture the tiny PFAS particles.

When these chemicals started hitting the marketplace, there was no idea they would be so persistent in humans. As awareness has risen about the dangers of the earlier long-chain forms of PFAS, there has been a shift to short-chain versions of the compounds. These chemicals are being released without adequate safety research or means to measure them, said Gary Ginsberg, YSPH clinical professor and director of the Center for Environmental Health for the New York State Department of Health. 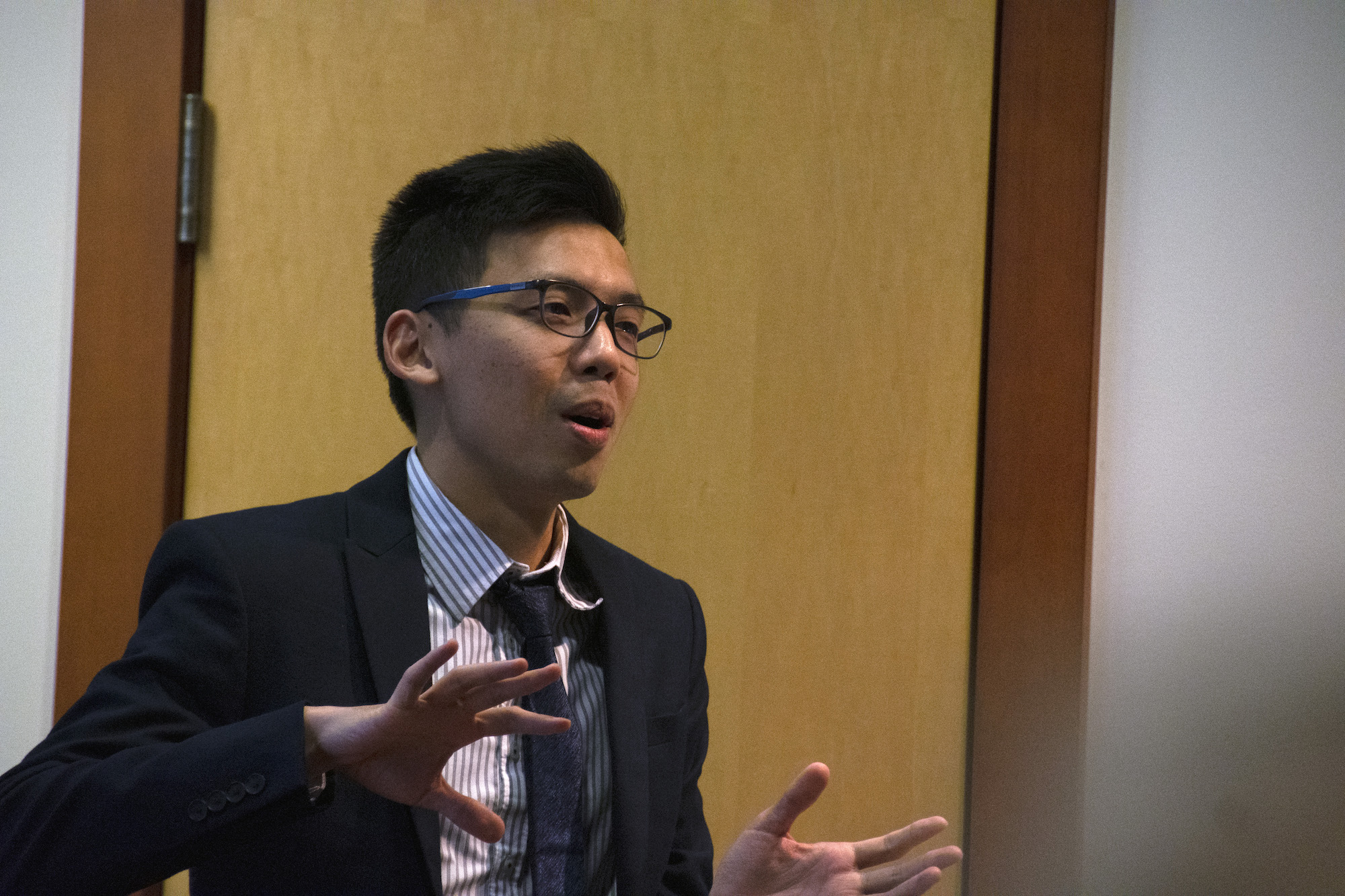 Zeyan Liew, assistant professor in EHS at YSPH, has discovered that PFAS interferes with maternal thyroid function and thereby affect child development from the first trimester through the early childhood years. This manifests in the child as lower cognitive skills, ADHD and autism. Results of his study on miscarriage risk from PFAS is expected to be published next year along with an evaluation of altered facial features that can be used as a biomarker for high rates of PFAS exposure in infants.

“PFAS, as endocrine disruptors don’t have a level where they are safe,” speaker Shannon Whirledge, assistant professor at the Yale schools of medicine and public health, told the gathering.

Connecticut Gov. Ned Lamont assembled a state task force last summer after the accidental release of firefighting foam into the Farmington River. A deadly plane crash in October at Bradley International Airport in Windsor Locks resulted in the heavy use of PFAS-based suppressants and reinforced the urgency of the committee’s work. They submitted an action plan to the governor in November, focusing on health, pollution prevention and remediation measures. 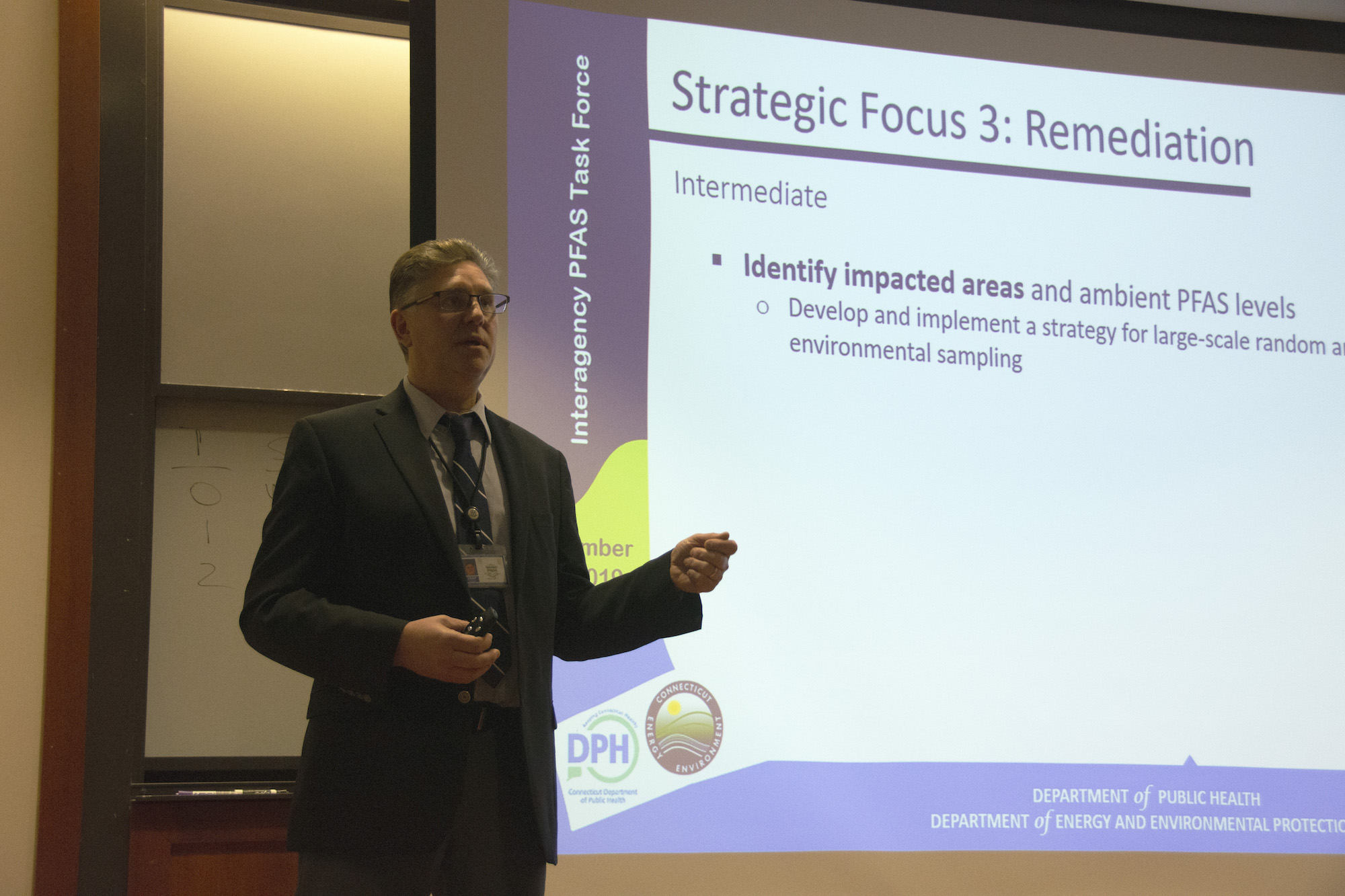 Raymond Frigon of the Connecticut Department of Energy and Environmental Protection (DEEP) told the gathering on Friday that the task force is targeting the use of fire foam since there are fires daily across the state. Proposed best management practices include its proper storage and containment after it is released, reduction in its use in training and a take-back program to encourage municipalities to use alternative, safer, products and reduce the inventory of PFAS-based foams.

In addition, DEEP is working with other industrial sources of PFAS such as manufacturing, car washes and consumer products to reduce the use of these chemicals and with state agencies to procure PFAS-free products.

Remediation of watershed and soil sites is hampered because, “we don’t know the state of our environment in CT in regard to PFAS,” said Frigon.

The health agenda for the task force focuses on drinking water and informing residents at risk for contaminated private wells, said Lori Mathieu, section chief for drinking water at the Connecticut Department of Public Health. “It’s important to take all the science and boil it down for a mother with a 3-year-old son,” she said. 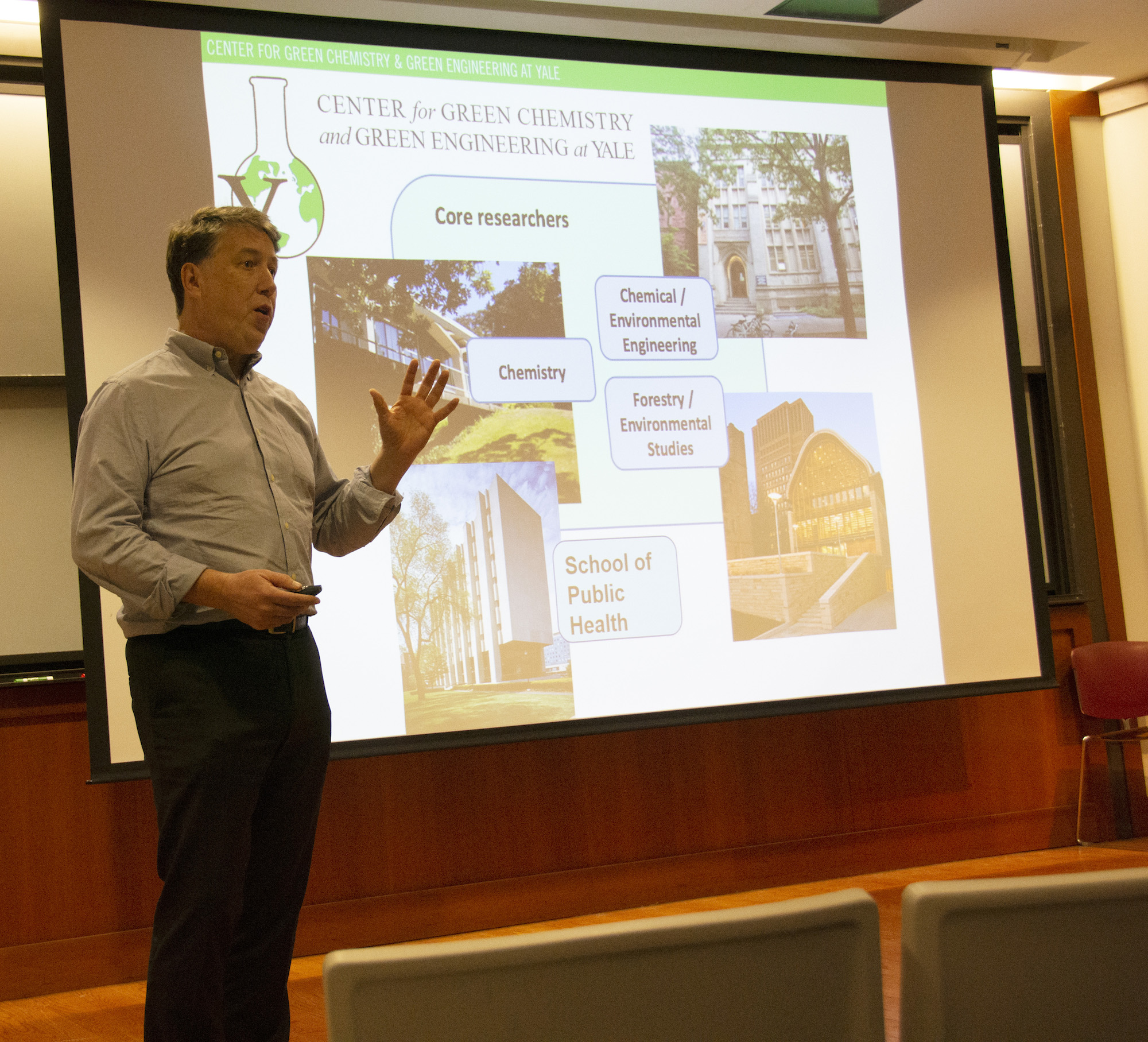 Paul Anastas, the Teresa and H. John Heinz III Professor in the Practice of Chemistry for the Environment at YSPH and Yale School of Forestry & Environmental Studies, challenged attendees to think about new ways to regulate and meet market needs.

As a former chief of the EPA’s Industrial Chemistry Branch and director of the U.S. Green Chemistry Program, Anastas described the way the United States has regulated chemicals for the last 50 years as tragically flawed. “Playing whack-a-mole, chemical by chemical has proven not to be the best strategy,” he said.

Anastas proposes displacing PFAS out of the marketplace through the development of safe substitutes that outperform PFAS compounds. For example, bio-based surfactants that combine fat and sugar connected through carbon can be engineered to line food containers. 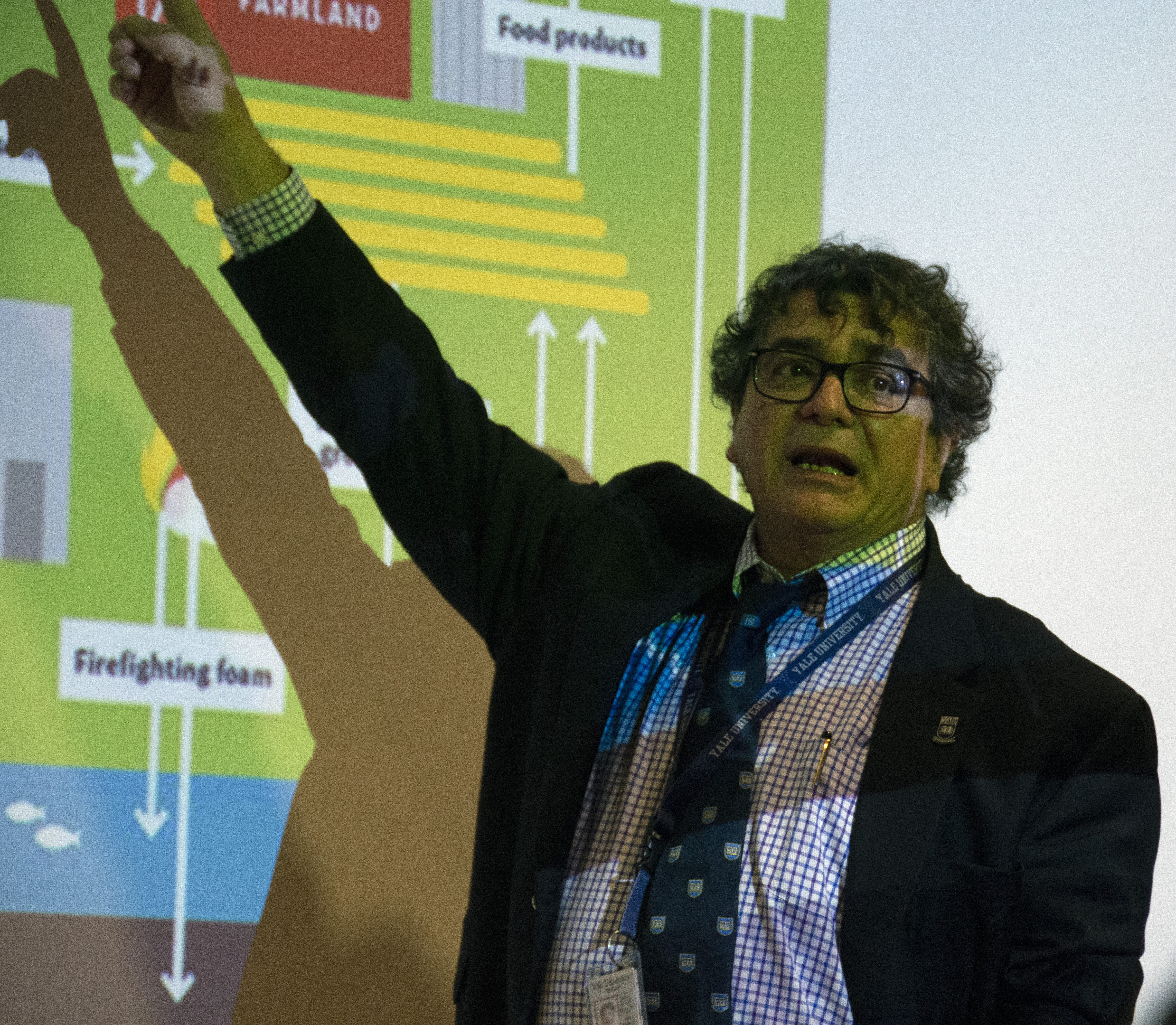 The YSPH Department of EHS is preparing a grant application to establish a center to address these and other issues, said Vasiliou. “We all need to work together to address the crisis by developing analytical chemistry methods and proper software to detect and quantify PFAS, studying toxicity, developing risk assessments and evaluating environmental exposures, developing effective and cost efficient technologies for treating or removing PFAS from drinking water and contaminated sites, and, finally, informing communities regarding PFAS.”

“It is really surprising that there are still people, including health practitioners that do not know what PFAS are,” Vasiliou added.