The neuroscience behind remembering the past and plotting the future - EduBlog.News

The neuroscience behind remembering the past and plotting the future

The neuroscience behind remembering the past and plotting the future

A new study by psychologist Shantanu Jadhav and his lab shines new light on how rats make decisions based on recent memories. 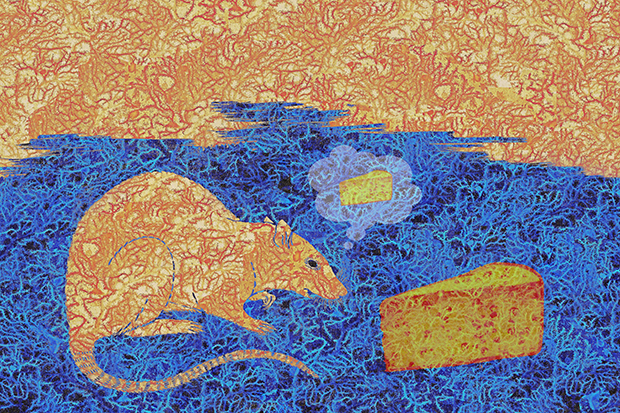 During sleep, the brain replays each memory from the day in a unique pattern of brain cell firings. The activation of a pattern essentially creates a recording of the memory so it can be stored for the long term.

This process, called memory consolidation, occurs while we’re awake, too. In a recent paper in Neuron, assistant professor of psychology Shantanu Jadhav and his lab demonstrate how memory consolidation works in rats’ brains when they make a decision.

With remarkable precision, Jadhav and his team identified and isolated specific patterns of brain cell firings in the animals that corresponded to individual memories. As a result, they could tell what the rodents were remembering. They also found a way to predict what the animals would do next.

In the long term, researchers hope that a greater understanding of how the brain processes memories will lead to treatments for diseases where memory is impaired, such as Alzheimer’s or other kinds of dementia.

Jadhav and his collaborators designed a W-shaped maze. Each prong of the W held small wells with a tasty rat treat. A rat entering the maze on the right would find the nearest treat in the center. After that, the nearest treat would be on the left.

It worked in the opposite direction as well; after noshing on the left, the rodent went to the center and then back to the right. Over the course of 6 to 8 hours, the rats formed separate memories of each of the four parts of a roundtrip journey — right to center, center to left, left to center and center to right. Each part corresponded to a unique and identifiable pattern of brain cell firings.

Decision time for the rats

When the rats arrived in the center of the maze, they paused for several seconds. During this time, they pondered their next move. They could go back to where they came from (no treat) or they could continue to the opposite side of the W (treat!).

The scientists monitored the rats’ decision-making process in real-time. First, the rats replayed the sequence of brain cell firings from a memory of one of the four legs of their journey.

But what surprised the scientists was that the rats’ brains played the sequence in reverse order, rewinding the recording of the memory. This process is called reverse replay and enables the rats to recall the past in order to decide what to do next.

The rats also pondered their future. Here, the rats played their memories’ brain cell firings in the original order in which they occurred in a process called forward replay.

Reverse and forward replay occur in the hippocampus, a seahorse-shaped structure located close to the brain’s center. (It actually means seahorse in Greek.) The hippocampus handles spatial memory, which in both rats and humans makes it possible to determine location and navigation from place to place. “It’s the internal GPS system for navigation in the mammalian brain,” Jadhav said.

The brain firings involved in reverse and forward replay are called sharp-wave ripples. In both rats and humans, they happen in bursts that last a few hundred milliseconds — a good thing. It may take an hour to go to work, but if recalling the memory of your route took that long you’d never return home.

What will the rat do next?

Jadhav and his fellow researchers wanted to see if they could predict the rats’ route by analyzing their brain cell firings. They observed that the rats’ final decision on what route to take next didn’t happen in the hippocampus, which only sifted through the options. It was in the prefrontal cortex, located behind the forehead, where the animal’s future path was determined.

Just before the animals moved on from the center, Jadhav and his team observed the pattern fire, enabling them to foresee the rats’ next move. “We could actually predict the rats’ future,” Jadhav said.

Brandeis graduate students Justin D. Shin and Wenbo Tang co-authored the Neuron paper.
This research was funded by the National Institutes of Health, the Alfred P. Sloan Foundation and the Whitehall Foundation.