Why isn't there more diversity in teaching? The teacher pipeline offers some insight - EduBlog.News

Why isn't there more diversity in teaching? The teacher pipeline offers some insight

Why isn’t there more diversity in teaching? The teacher pipeline offers some insight 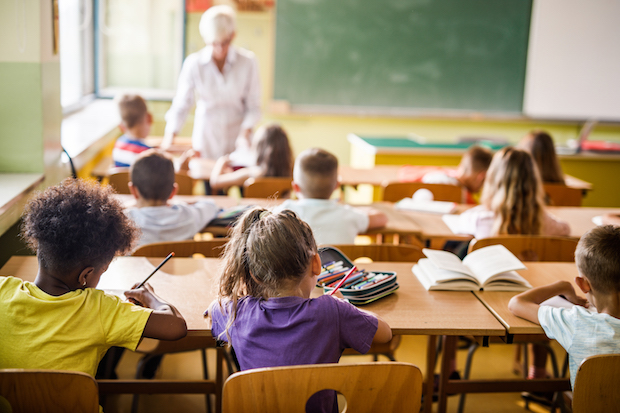 College educated people of color in Massachusetts are considering careers in public education at lower levels than their white peers, and those who begin the teacher licensing process are less likely to pass the initial exam, according to research by a Brandeis professor.

In a recently published policy brief, Brandeis economics professor Joshua Goodman examines the teacher pipeline, which shows levels of diversity through the stages of becoming a teacher, from taking the initial teaching licensing exam, to passing exams, to being hired, to remaining in the field.

The study examined data of all people who took the state’s initial teacher licensure exam (the Communications and Literacy MTEL, or Comm/Lit) between 2007 and 2013. While 34 percent of four-year college students in Massachusetts identified as a race other than white, only 13 percent of those who took the state’s initial exam were not white. Candidates of color were also less likely to pass the exam on the first attempt, and less likely to retake the exam than their white peers, according to the study.

Once they get through the licensure process, Massachusetts public school teaching candidates are about equally likely across racial lines to get hired, and equally likely to remain teachers for at least three years. But by that point, the lack of diversity is already profound. Ultimately, 4.4 percent of white adults in the state are teachers, compared to just 1.8 percent of black adults and 1.5 percent of Hispanic adults.

“Our results suggest that there’s no obvious hiring discrimination occurring once teachers are licensed,” Goodman said. “There may be bias at earlier points in the pipeline that discourages minority students from entering teacher preparation programs or considering teaching as a career, but our data aren’t really equipped to study whether bias is the best explanation for why minority students aren’t as attracted to the teaching profession as white students.”

The study – published by Harvard University’s Rappaport Institute and co-authored by Goodman and Melanie Rucinski – was limited to Massachusetts, but examining the teacher pipeline could be applied to other states, if they are willing to disclose the necessary data.

“The state of Massachusetts, and the Department of Elementary and Secondary Education in particular, is interested in these kinds of questions and are willing to compile and share the data necessary to do studies like this. Not all states are like that,” Goodman said. “It is entirely possible other states could find problems at other points in the pipeline.”

The policy brief was published by Harvard University’s Rappaport Institute. It was co-authored by Goodman and Melanie Rucinski.