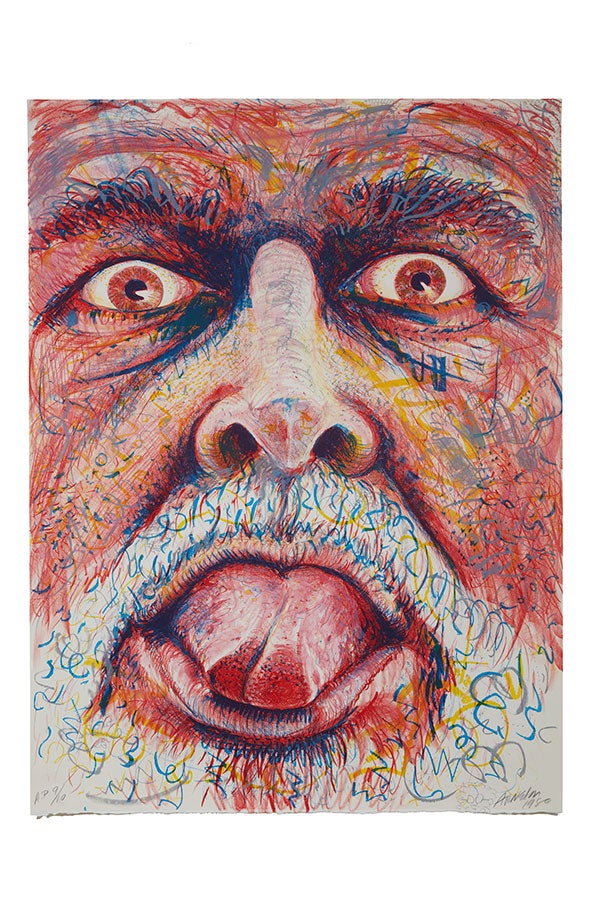 Northern California artists who made significant contributions to modern art at pivotal moments in the 1960s and beyond are celebrated in two exhibitions at the Jan Shrem and Maria Manetti Shrem Museum of Art at University of California, Davis, opening Sunday, Jan. 26.

These winter season exhibitions will be celebrated with a public opening event from 3 to 5 p.m. Jan. 26. The afternoon features an artist talk with exhibiting artist Stephen Kaltenbach and co-curators on that exhibition, Constance Lewallen and Ted Mann, at 3:30 p.m., as well as art-making activities, live music and the chance to see a new outdoor installation of five of Manuel Neri’s bronze sculptures on the west side of the museum that complements the “Gesture” exhibition.

“Stephen Kaltenbach: The Beginning and The End” is the Davis artist’s first solo museum exhibition in the U.S. in nearly 40 years. The UC Davis graduate (B.A. 1966; M.A. 1967) made an important contribution to the development of Conceptual art during the late 1960s, but just as he was achieving career success, he abruptly withdrew to California’s Central Valley, appearing to abandon Conceptual work in favor of more traditional mediums.

Fifty years later, the exhibition considers Kaltenbach’s engagement with time as a principal theme across his remarkably diverse career. The past two decades have witnessed a revival of interest in Kaltenbach’s work, and in 2009, he revealed that he continued to produce Conceptual work alongside his well-known paintings (such as Portrait of My Father (1972-79) and public sculptures after 1970.) This seeming about-face was, in fact, part of a calculated, decades-long project. The exhibition is on view Jan. 26-May 10.

“Gesture: The Human Figure After Abstraction | Selections from the Manetti Shrem Museum” presents 25 works by UC Davis art department first-generation faculty artists Robert Arneson, Roy De Forest, Ruth Horsting, Manuel Neri, Roland Petersen, Wayne Thiebaud and William T. Wiley that emerged following a seismic shift in art philosophy in the 1950s. It may be hard to imagine painting the figure as a radical act, but in 1950, when a professor at the California School of Fine Arts (now the San Francisco Art Institute) revolted against the dominant orthodoxy of abstraction, faculty and students were forced to choose sides.

As students at the School of Fine Arts, De Forest, Neri, Petersen and Wiley practiced formal techniques of abstraction. But as they made their way to UC Davis starting in 1958 to join the art department faculty, they began to adapt abstract expressionist practices to visualize the human figure and the distinctive experience of living in Northern California. Ultimately, these artists’ varied art practices — sculpture, painting and drawing — share a singular characteristic: a commitment to innovation and creative freedom. Anchored by Manuel Neri’s figurative work, this exhibition includes 17 works from the Manetti Shrem Museum’s Fine Arts Collection. Guest curator: Carolyn Kastner. The exhibition is on view Jan. 26 through January 2021.

“NEW ERA, an installation by Doug Aitken,” remains on view through June 14.

The Jan Shrem and Maria Manetti Shrem Museum of Art at the University of California, Davis, is a contemporary art museum and cultural resource dedicated to making art accessible and approachable to all. Founded upon the legacy of UC Davis’ exceptional teaching and practice of the arts, it offers engaging experiences and exhibitions that reflect and serve the community, now and for generations to come. The museum shares the university’s core values of innovative research, interdisciplinary experimentation, and a commitment to educational programming: One-third of the museum’s 50,000-square-foot space is devoted to instruction, including a 125-seat lecture hall, classroom space, and the drop-in Carol and Gerry Parker Art Studio, the only such wet materials studio within a university museum in North America. The museum, which opened in November 2016, has earned LEEDv3-NC Platinum status, and has won numerous awards for its distinctive architecture.

[Editors: Photos and captions for publicity available via Dropbox link.]