Medical professor’s ‘priceless’ tie raises donations for those in need 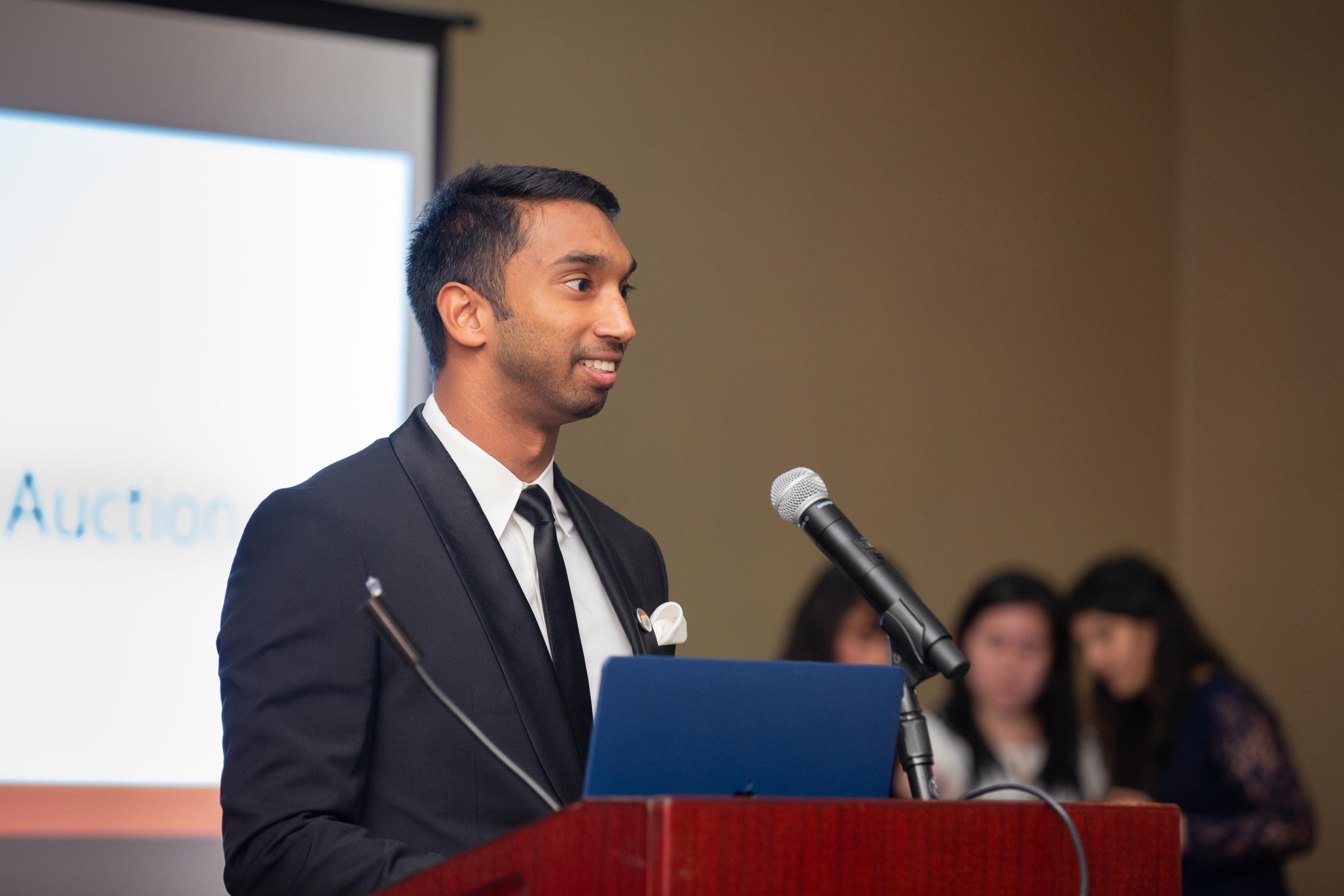 It was nearing the end of the 27th Hunger and Homelessness Live Auction when item #19 went on the block. William B. Stewart, PhD, associate professor of surgery and chief of the Section of Anatomy, took to the lectern to auction off his signature bowtie, as he has for years. The auctioning of his bowtie is a tradition within a tradition—he’s been teaching anatomy since 1978 and generations of medical and physician associate students have learned about the human body from him. And, as in years past, the bowtie sparked a spirited rivalry between medical students and students in the Physician Associate Program.

“This tie, of course, is priceless,” Stewart told the crowd in Café Med. “I wear it in the lab.”

Med students had bit the price up to $2,600 when Allie Miller, a first-year student in the physician associate program, rose to tender the winning sum. “I’ll bid you $2,704.94!”

“Sold!” Stewart said as cheers and applause greeted the bid—the exact amount the PA students had raised in the weeks leading up to the auction.

Scores of people filled Café Med to bid on 24 live auction items that included harbor cruises in faculty sailboats, dinners prepared by faculty, nature walks, an acrobatic airplane flight, 18 rounds of golf with a faculty member, soccer lessons, tickets to see the Red Sox, a bowling night with the dean of public health, rock climbing with two neuroscientists, and a three-course meal at the Union League Cafe.

“All of these items are phenomenal, especially when you factor in the organizations that we’re contributing to,” said Thilan Wijesekera, MD, HS ’16, MHS ’18, assistant professor of medicine, the first of four faculty auctioneers. He urged the crowd to do “whatever you can do to lower your bidding threshold for this great cause… We have wine.”

One popular item was a three-hour cruise of New Haven Harbor offered by Auguste Fortin VI, MD, MPH, professor of medicine. Fortin sweetened the pot with more than just food and drink on the excursion. “The farther you get from New Haven, the prettier it looks,” he said, adding, “As captain of the ship I can do marriage ceremonies—they are valid only for the duration of the trip.”