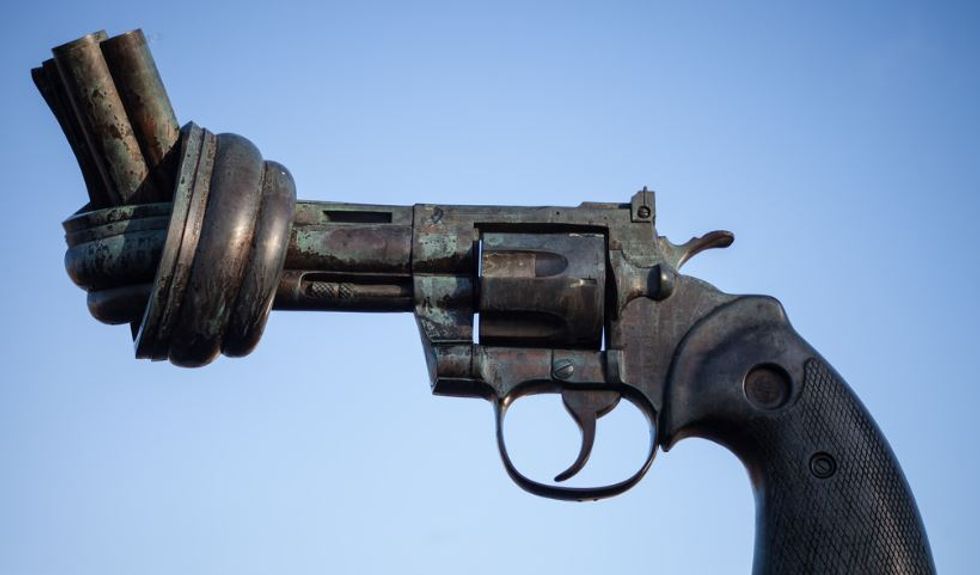 What is Our Lane? On November 22, 2019, over 250 Yale MD, Advanced Practice Nursing, and Physician Associate (PA) students grappled with this question in the context of activism in health care. The conversation marked the 19th annual Power Day, which provides an important forum for discussing the role of power in health care, and celebrates those who use it well.

Power Day originally focused on students’ own experience with the hierarchical nature of the medical professions. It evolved to using literature, such as Wit by Margaret Edson, as a catalyst for broader conversations, recognizing that participants came from different training perspectives.

This year, there was another a shift in approach. Students were asked to think about how they will use their power in their career. As Angoff stated, “you can use it well or badly, you can use it for it for good or for ill.”

The theme stemmed from a 2018 NRA tweet, which began “Someone should tell self-important anti-gun doctors to stay in their lane. Half of the articles in Annals of Internal Medicine are pushing for gun control.” In response, medical professionals posted using the hashtag #ThisISOurLane, with descriptions of the gun related trauma they had witnessed.

Angoff framed the day’s panel conversation by reflecting “there are so many lanes we can go down,” and it is important to have “a day to pause and focus on what can each of us do for the good of the world.” The panelists, and the students in small interdisciplinary groups later in the day, discussed questions surrounding activism, including why this is the concern of health care professionals, and tensions between activism and the institution one works for or studies at.

Before introducing the panel, Angoff turned to a Power Day tradition, recognizing students from each program, and a resident, who exercised power very well. YSN students nominated Lindsey Gillies ’20 for development of holistic and bias-free sexual health education for young people and Sylvia Kang ’20 for her positive, constructive, and beneficial use of power. Assistant professor Elizabeth Roessler, MMSC, PA-C, described PA recipient, Victoria Viveen, as “unparalleled in generosity and a great example of using her ‘power’ to lead and mentor.”

Max Jordan Nguemeni Tiako, MD ’21 presented the resident award to Carl Malm, MD, MPH, whom he had nominated. Tiako explained how many patients do not speak English, a circumstance he can appreciate since English is not his first language.  Tiako was disturbed when he heard a senior resident express annoyance with having to call for the hospital interpreter, and also make comments like “they should learn English.” Malm spoke up, calling out the comments as inappropriate. Tiako, who had not felt empowered to speak up, was thankful for Malm being a strong role model.

After Angoff introduced moderator Emily Wang, MD, MA, associate professor of medicine, Wang introduced panelists: Benjamin Howell, MD, MPH, postdoctoral fellow; Ayana Jordan, MD, PhD, assistant professor of psychiatry; Kennedy; Linda Schwartz, ’84 MSN, ’98 DrPH, RN, FAAN; and Nancy Stanwood, MD, MPH, associate professor of obstetrics, gynecology, and reproductive sciences and associate clinical professor of nursing. The panelists discussed a range of topics, from how and when they became activists, to why they keep at it even though it can be exhausting and frustrating work.

Howell said he is driven to act because he believes medical professionals have the power to push for changes that will improve health if they make their voices heard and learn from community organizers. Jordan quoted James Baldwin, “To be a Negro in this country and to be relatively conscious is to be in a rage almost all the time,” as words which resonate with her. She feels it is mandatory to do work that focuses on uplifting Black people, especially given the ongoing racism and discrimination faced in their everyday lives. As a Black woman who has some level of power, she know her own existence “is based on the power of the ancestors who have come before me, and people who continue to pour and invest their time into making sure I’m great. My work demands I do that for others.”

Kennedy “learned at a very early point in my career that you have to be ‘part of the solution’ when you see a problem – that has stayed with me my whole career.”

Schwartz unexpectedly became an activist, while serving as a USAF Flight Nurse, when the door blew off her aircraft at 30,000 ft, causing decompression sickness of the brain and spinal cord. She suddenly had become a disabled veteran, required to go to the VA hospital, where the military blamed her problems on a grade school accident. After writing her congressperson, she ended up testifying at a hearing in Washington, DC, on how the VA treated women. When she heard military leaders report that “care for women at the VA was impressive,” Schwartz argued she did not know where the generals had been, “but they hadn’t been to the West Haven VA.”

This ability to speak truth to power eventually led to her being tapped to be Commissioner of Veterans Affairs in Connecticut, and then serve as President Obama’s Assistant Secretary of Veteran Affairs for Policy and Planning. While acknowledging it can be tiring to always fight, “little victories keep the burning in your heart.” She continued “do not ever underestimate your power to make a difference.”

Stanwood echoed this sentiment, expressing that “the thing you are pushing against can feel too big,” but said that remembering the patients seeking Family Planning “gets me up in the morning.”

Reactions from three student panelists, Anderson, Kang, and Jona Tanguay (MMSc ’20) demonstrated that the panelists’ comments resonated. Kang spoke of feeling overwhelmed and wanting to be a good nurse day-to-day, but knowing there also is “all of this to do too.”  She shared her own advice: it is ok to be tired and to take time, breathe, and feel better — and to look to mentors for inspiration.

Wang closed with advice: Do not work nonstop. “Self-care is real,” she said. “Find your north star, it will guide you and sustain you.”