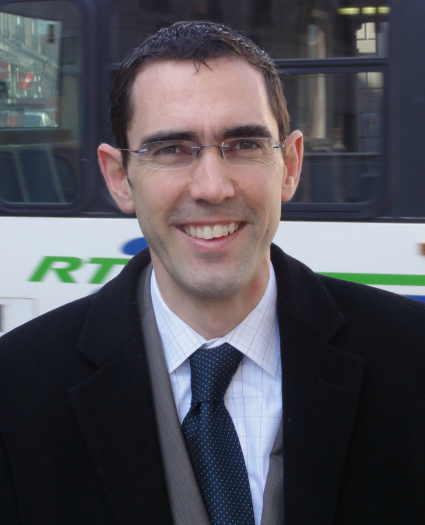 Local streets of the world’s cities are becoming less connected, part of a global trend that is driving urban sprawl and discouraging the use of public transportation.

The trend was revealed in a new study by researchers at UC Santa Cruz and McGill University. Published in Proceedings of the National Academy of Sciences, the study is the first global examination of sprawl as measured by the local connectivity of street networks. The research relied on publicly available data sourced from OpenStreetMap, the Wikipedia of maps, and satellite-derived data.

“Sprawl is an environmental problem, because it makes it difficult for people to walk and to access public transit, which forces them to stay in their cars,” said coauthor Adam Millard-Ball, an associate professor of environmental studies at UC Santa Cruz. “It’s also a public health problem, because walking to the bus, work, or shops is one of the best forms of exercise.”

The study identified a growing number of gated communities, which revealed a third—social—aspect of the problem: Gated communities divide people in ways that reinforce social divisions, often along class lines, said Millard-Ball.

The study is the first of its kind to examine global sprawl. The researchers used OpenStreetMap to look at the connectivity of 46 million kilometers of urban streets, then deployed an algorithm to calculate the connectivity of cities and regions around the world.

“We wanted to take a systematic approach that identifies cities—which might not be household names beyond their country’s borders—where sprawl is rapidly worsening,” said coauthor Christopher Barrington-Leigh, an associate professor at McGill’s Institute for Health and Social Policy. “We also wanted to identify the cities that, often with little fanfare, have been working to grow in an efficient, connected pattern for decades.”

The best and the worst

Places such as Mexico City and Los Angeles have gotten a “bad rap,” said Millard-Ball, adding that “There wasn’t much evidence they were actually the worst. In our work, we found that places such as Bangkok and Guatemala City have sprawled even more in recent years.”

The researchers also identified areas that are bucking the trend toward sprawl, including cities like Buenos Aires and Tokyo that have maintained very low levels of sprawl. “Buenos Aires benefits from the influence of the Spanish-style gridded-street pattern, while Tokyo is one of the most walkable cities in the world, with an irregular street pattern but still very low rates of car travel,” he said.

The result of a 7-year collaboration, the study was able to show that in large parts of the world, recent urban growth has increasingly resulted in inflexible and disconnected street networks. Different forms of gated communities were found to be on the rise globally. Past research has shown that the increased accessibility offered by gridded street networks makes walking, cycling, and the use of public transit much simpler, while cul-de-sacs tend to encourage the use of personal motorized vehicles.

Millard-Ball and Barrington-Leigh built a Street-Network Disconnectedness Index to create a global street-connectivity map. Their data showed that Southeast Asia is now home to some of the most sprawling cities on the planet.

By contrast, gridded street networks in Bolivia, Argentina, and Peru promote efficient, dense urban living. Germany, Denmark, and the United Kingdom have been able to maintain moderate levels of street connectivity thanks to pedestrian and bicycle pathways, offering greater connectivity to non-motorized travel.

“A connected street network makes public transit possible,” said Millard-Ball. “Building a public train system in Orange County would be ineffective, because there’s not a critical mass of people living within walking distance of stations.”

Sprawl declines in the U.S.

The United States is one of the few spots where sprawl has gone down in recent years, said Millard-Ball, adding that “It was incredibly high to start with, so there was really only one way for it to go. Still, the trend is encouraging.”

He attributes the decline to policy measures, including cities like Charlotte, North Carolina, and states like Virginia that now require new developments to build more connected streets.

Other countries have taken far-reaching steps at the national level, noted Millard-Ball. “Government policies in the United Kingdom after 2000 said streets had to be permeable—allowing flow of foot and bicycle traffic,” he said. “China has recently made a national policy shift from giant super blocks to a fine-grained, connected pattern of streets.”

In conjunction with the study’s publication, the authors are launching an online interactive map through which visitors can explore street connectivity around the world. Previous studies of sprawl have tended to focus on individual cities, or case studies of cities within one country.

Barrington-Leigh said urban planners need to think about connectivity at the most local scale when designing and planning new streets in order to make cities more sustainable.

“Streets and roads represent an essentially permanent backbone that shapes all other dimensions of urban form and land use,” he said. “Policy makers should look to cities like Tokyo and Buenos Aires for inspiration on how to limit sprawl. On our current path, choices that limit street connectivity may restrict future resilience and lock in pathways of energy use, CO2 emissions, health outcomes, and other aspects of our lifestyle for a century or more.”

The methodology used to build the connectivity index and maps is described in a paper previously published in the Public Library of Science.