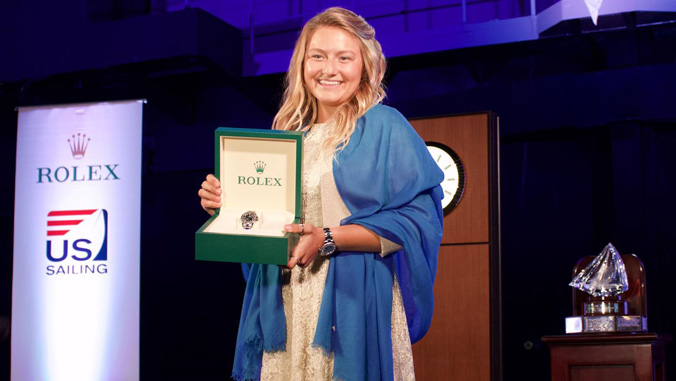 A University of Hawaiʻi at Mānoa freshman sailor was named U.S. Sailing’s Rolex Yachtswoman of the Year on February 6 in San Diego. The award recognizes the accomplishments and mastery of sailors in their respective careers.

Cementing herself as one of the top kiteboarders in the world, Daniela Moroz received the award for the second time in three years. In 2016, she became the youngest to ever win the award, female or male, at the age of 15 when she burst onto the kite foiling scene.

Last year, Moroz won her fourth straight Formula Kite World Championship with a resounding victory on Lake Garda in Italy and continued her dominance by winning five of seven races.

In January, Moroz made her collegiate sailing debut with UH Mānoa in the Peter Wenner Rainbow Invite. She crewed for Pelle Bergstrom in the B division and was part of the Rainbow White squad that finished second overall in the regatta.

Read the full story at the UH Mānoa Athletics website.