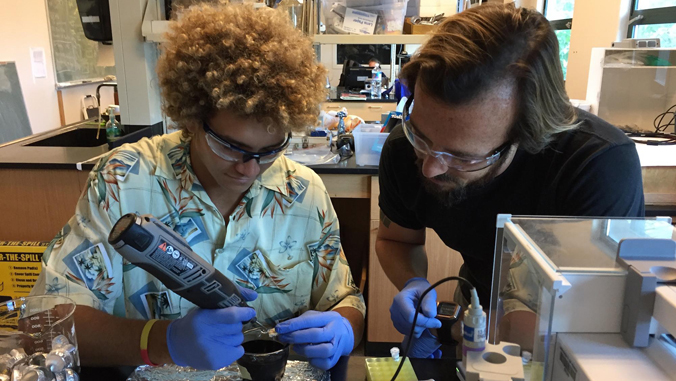 In warmer and brighter shallow waters of Kāneʻohe Bay, the Hawaiian rice coral (Montipora capitata) hosts more heat-tolerant symbiotic microalgae in their tissues compared to corals in deeper waters, which was described in a recent study by scientists at the University of Hawaiʻi at Mānoa School of Ocean and Earth Science and Technology (SOEST). While this can help corals weather a heat wave, it may have a price—lower nutrition given to the coral compared to heat-sensitive symbionts.

Kāneʻohe Bay has experienced significant human impacts over the last century related to dredging, sewage pollution and urbanization, in addition to regional bleaching events. Despite this, corals thrive in Kāneʻohe Bay. In some corals, this enhanced ability to tolerate environmental stress can be attributed to the species of microalgae corals harbor within their tissues. 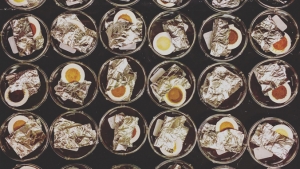 Research over the last two decades has shown that coral’s symbiotic algae are quite distinct. Each species has different abilities, as well as capacities to tolerate stress.

“We wanted to know more about how these symbionts affected corals and whether trade offs existed for corals harboring different symbiont species,” said Chris Wall, lead author of the study and postdoctoral researcher at SOEST’s Pacific Biosciences Research Center.

Rice corals form partnerships with two distinct communities of symbiotic microalgae. Using genetic sequencing, the research team found that light availability is shaping the distribution of these symbiont communities in corals across Kāneʻohe Bay, with the heat-tolerant symbionts being more common in shallow depths. Although the heat-tolerant microalgae were present in much greater abundance inside the coral’s tissues, they were providing less energy and food to their shallow coral hosts.

Reef corals rely on two sources of energy: photosynthesis from their symbiotic microalgae, and capturing food in the surrounding water, such as microscopic shrimp-like animals.

“What was surprising was that corals did not compensate for less food from their symbionts by eating more food in the water column,” said Wall. “This was a very cool finding, because we confirmed for the first time that the symbiont species living in corals were affecting nutrition in the field.”

Wall said, “the research highlights the need to consider how symbiont communities influence corals beyond stress tolerance. The findings are also important for people in Kāneʻohe Bay, considering the corals with stress-tolerant algae are found at higher abundance in the shallows. Any damage from anchors and boat-strikes could seriously harm these stress resistant coral populations.”

For more on the story, go to SOEST’s website.