When then-Brandeis graduate student Emily Sigalow did ethnographic research at local Buddhist meditation centers in 2009, she was expecting to find a milieu dissimilar to her own. She did not have a background in Buddhism or its practice of meditation. Yet she realized that she had a bond with many of the teachers and practitioners: They were fellow American Jews.

Indeed, Sigalow discovered, many American Jews have been interested in Buddhism dating back to the 19th century. A significant number have become experts in bringing awareness of Buddhism to America. There’s even a variously spelled term that Jews interested in Buddhism have alternately embraced or disowned. Sigalow included this term in the title of her new book, “American JewBu: Jews, Buddhists, and Religious Change,” published by Princeton University Press late last year.

“There have been numbers and numbers of American Jews who have been important teachers and leaders in the transfer of Buddhism in the US,” Sigalow told The Times of Israel in a phone interview. “I think at first it was surprising, then it was expected… All these Jewish last names were surprising, but they just became part of the story.”

Jews interested in Buddhism over the years include famous entertainers such as Leonard Cohen, and acclaimed teachers and authors such as Pema Chodron, whose previous name was Deirdre Bloomfield-Brown, and the recently deceased Ram Dass (born Richard Alpert).

Sigalow recalls her first encounters with Jewish Buddhists while a grad student in the summer of 2009. Her Brandeis doctoral adviser, Wendy Cadge, had done ethnographic work at the nearby Cambridge Insight Meditation Center, and found that close to 30 percent of her interviewees came from a Jewish background. 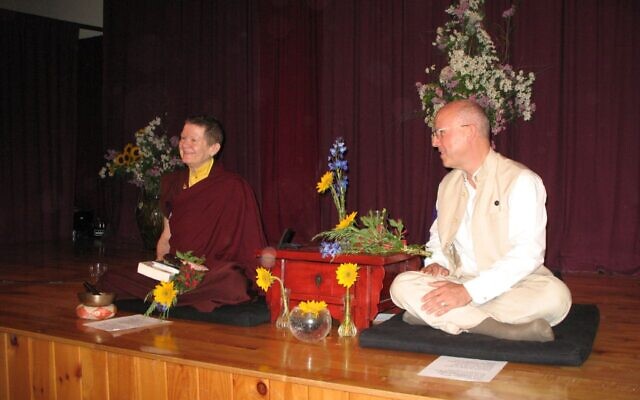 “It was a bit of a conundrum,” Sigalow said. “She went to the center ostensibly to interview Buddhist practitioners, and instead ended up interviewing a lot of Jews. It was something constantly talked about in Buddhist circles. It seemed, even if there was no data to support it, there was a disproportionate number of Jews meditating in [Buddhist] centers. Nobody understood why or how it came to be.”

Sigalow spent the summer “poking around in a bunch of meditation centers, especially in Boston,” she said. “After the summer, I was pretty convinced I had an interesting story to tell.”

It became a research project, then a dissertation. After Sigalow completed the dissertation and graduated with a PhD in 2015, it became a book, which she finished in 2018; it was published last year. Today, she is a sociologist who works for the UJA-Federation of New York as executive director of the Impact and Performance Assessment department. 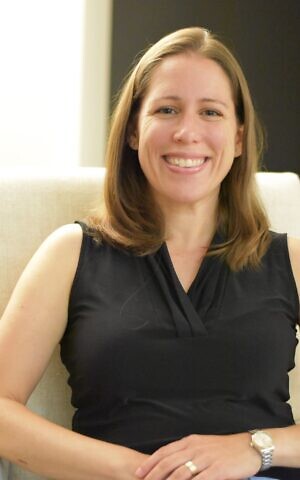 Of her new book, Sigalow said, “Something that had been just a project to explore out of curiosity became a systematic study of Judaism and Buddhism.”

At the outset, she said, “I assumed the Jewish-Buddhist encounter was a contemporary phenomenon — or at least it began in the counterculture movement of the ‘60s or ‘70s. When I began to actually look deeper, it was actually a really interesting story of the two traditions that really began in the late 19th century. Jews were very interested in Buddhism, some of the leading fountainheads of Buddhism in the US at that time.”

The story begins in 1893, following the Chicago-based World’s Parliament of Religions, when a wealthy American Jew named Charles T. Strauss became “the first American to convert” to Buddhism, Sigalow said — although, she added, “‘convert’ is not quite the right word for Buddhism, but it is the most effective way of understanding.”

Sigalow explained that in the late 19th century, a number of Buddhist teachers came to the US from Asia to give lectures on Buddhism to an American audience, and more books began to be written about Buddhism. These lectures and books were a means for many upper-middle-class Jews to learn about Buddhism, which stems from the philosophy and practices of a South Asian prince, Siddhartha Gautama, who abandoned the material world and became the Buddha, or enlightened one, before his death 2,500 years ago.

Sigalow said that “Judaism and Buddhism never had any kind of historical friction,” and that among Jews in America, Buddhism was “not seen as a threat from the purview of institutionalized racism.” She added, “Sometimes, often, Jewish leaders would make the case Buddhism is not even a religion at all, but a philosophy, a practice.” 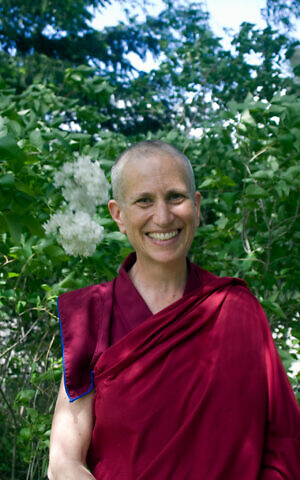 According to Sigalow, the ways in which Jews first encountered Buddhism occurred “quite differently over time.” She said that in the 19th century it was through attending lectures and reading books, but by the 1960s and 1970s, sources included books, pop culture and “just from the vogue.”

During this time, a new Jewish interest in Buddhism developed partly through the practice of meditation. Sigalow described Buddhism as part of the counterculture and hippie movements that attracted “a lot of American Jews.”

Classes on Buddhism in the Bay Area gave participants “their first real encounter with the practice of meditation,” she said, while “a number of American Jews kind of followed the hippie trail through Asia,” where they gained “exposure to Buddhism through teachers. They would sit, study and learn to meditate.”

“That’s not to say there was no educational hook as well… But the practice of meditation really drew them in,” she added.

Jewish Buddhists who became accomplished teachers in their own right included the four founders of the Insight Meditation movement, Joseph Goldstein, Jack Kornfield, Sharon Salzberg and Jacqueline Mandell-Schwartz. Others achieved prominence in the Japanese Zen Buddhist tradition, including Norman Fischer and his predecessor, Bernard Glassman. 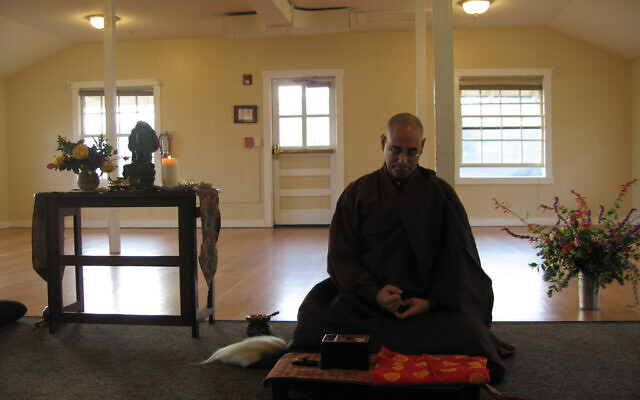 “Bernard Glassman has really been a central voice in making Buddhism an activist religion,” Sigalow said. “He’s been a leader in the movement of socially engaged Buddhism, as have a number of other Jews in that way.”

Sigalow said she does “not want to minimize the importance of, of course, Asian teachers teaching Buddhism in the US, and other [teachers who were] non-Jews. There are way more non-Jewish teachers of Buddhism in the US than Jews.”

However, she noted, while Jews constitute two percent of the US population, they represent “such a disproportionate percentage of teachers of Buddhism in the US … There are plenty of Buddhist teachers who are not Jewish, as well as plenty who are.”

Jewish Buddhists are even influencing synagogue worship. Sigalow said the practice of Jewish meditation is rooted in “a bunch of Buddhist teachers of Jewish background who came together in all sorts of conventions, dialogues, conferences. They felt Buddhism has something to offer to American Judaism.” She calls Jewish meditation “a syncretic practice that’s kind of a blend of some of Judaism and some of Buddhism.” 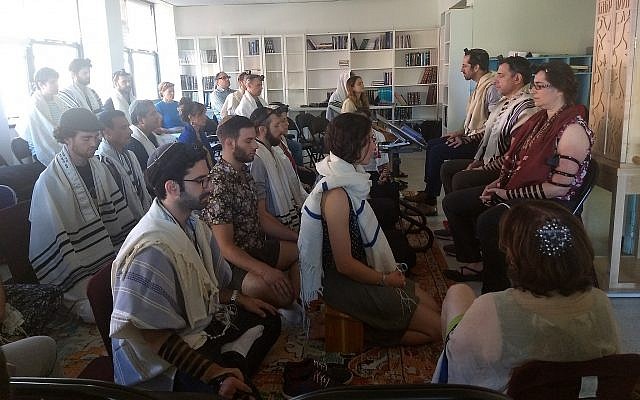 Illustrative: Students meditate as part of the morning prayer at Romemu Yeshiva in New York, July 16, 2019. The yeshiva combines intensive study of Jewish text with mindfulness and mysticism. (Ben Sales)

Participants sit in silence, and focus on their breath or a chant, all of which are central to Buddhist meditation. Yet they also incorporate Jewish elements, such as the weekly Torah portion or a Jewish chant. Rabbis, cantors, educators and community leaders learn Jewish meditation at retreat centers and take the concept back to their houses of worship. And, Sigalow said, there is no worshiping of the Buddha in Jewish meditation.

“To the extent in Jewish meditation circles that the Buddha is brought in, it is through a teaching of Buddhism as instructive around kindness or humility or some other virtue,” she said. 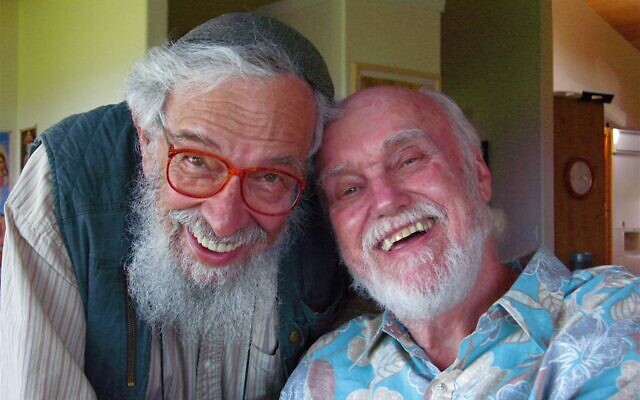 Asked whether she has any predictions for the future of Jewish Buddhism, Sigalow said, “My sense is, it will look different. Every particular different period of time I examined, each had its own distinct character. From 2000 to 2025, the first quarter [of the 21st century], we’ll eventually be able to say [what was] its own character. The end of the century will look different too. I just don’t know how exactly.”

One current trend relates to the JewBu term of the book’s title. As Sigalow recounted, baby boomers she interviewed “mostly found the term, the moniker, to be pejorative, demeaning, that made light, made fun of the importance of the relationship they held with Judaism and Buddhism.”

This stands in contrast to millennials. “The younger generation of Jewish Buddhists has a loud, proud identity as JewBus,” Sigalow said. “The moniker meant something to them. It’s an expression of politics, religion, flexibility, an expression occurring from their environmental stance, too. The Buddhist community prides itself on being more green, environmentally friendly. It’s all tied up in JewBu identity.”