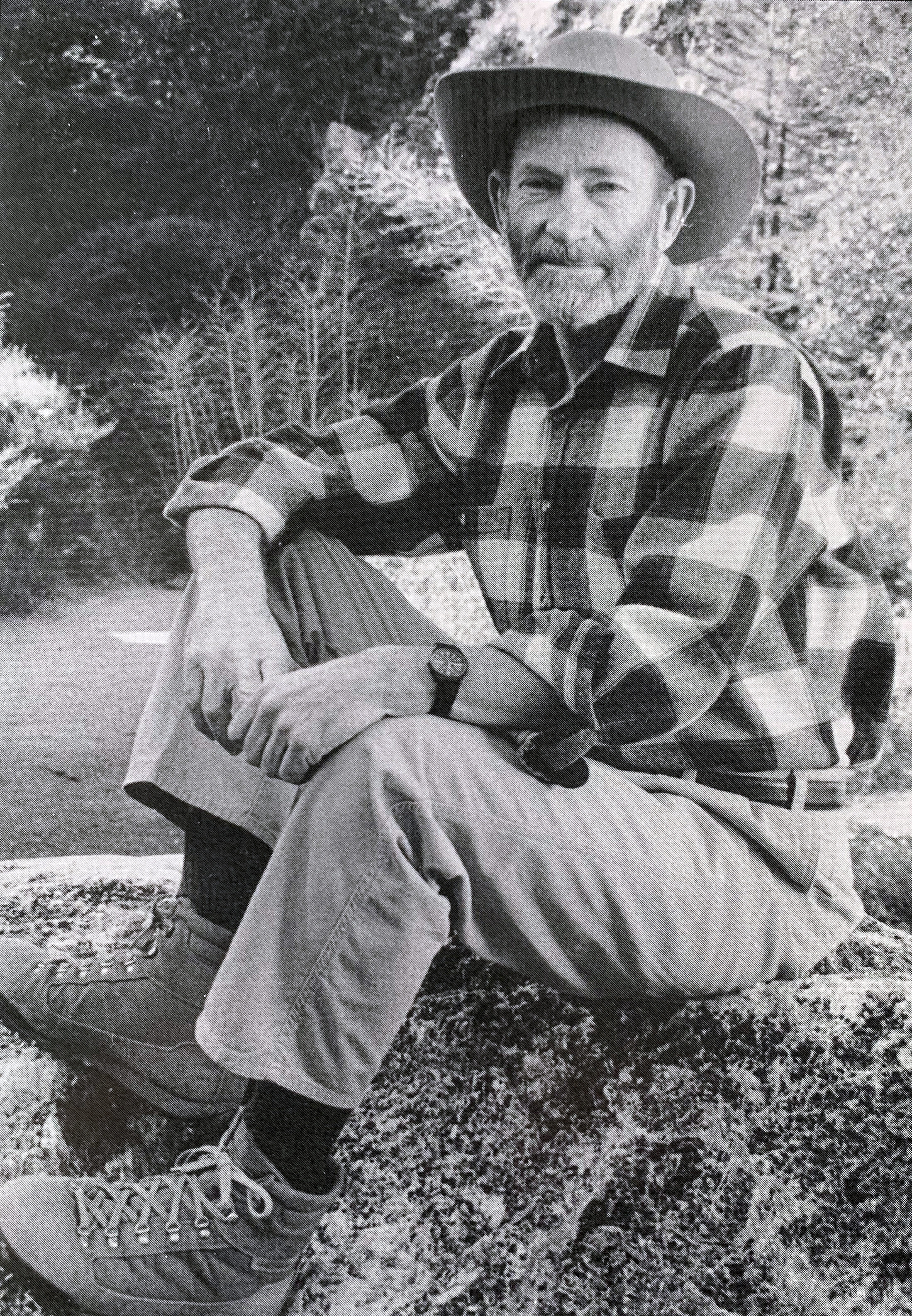 “He was a giant,” longtime friend and former colleague Jim Estes, professor emeritus of ecology and evolutionary biology at UCSC, said of Michael Soulé. “He had an amazing vision that environmental studies wasn’t just conservation biology, but it had a social dimension, too. He realized the human dimension was the most problematic part of conservation. Conservation is not just about studying nature. It’s about studying nature and people together.” (Photo courtesy of Daniel Press)

Michael Soulé, a professor emeritus of environmental studies at UC Santa Cruz who was widely considered the “father of conservation biology,” died on June 17 at a hospital in Grand Junction, Colorado. He was 84.

Soulé, who had been hospitalized since suffering a massive cerebral hemorrhage on June 8, championed a vision of conservation biology that integrates human challenges with science in the quest to protect the natural world. In 1986, he cofounded and was the first president of the Society for Conservation Biology, and in 1991 cofounded the Wildlands Network, two organizations that helped bring his vision to the forefront of environmental studies.

“He was a giant,” said longtime friend and former colleague Jim Estes, professor emeritus of ecology and evolutionary biology at UCSC. “He had an amazing vision that environmental studies wasn’t just conservation biology, but it had a social dimension, too. He realized the human dimension was the most problematic part of conservation. Conservation is not just about studying nature. It’s about studying nature and people together.”

Trained as a biologist, Soulé’s research revolved around population viability, conservation genetics, and what he called “ecological effectiveness,”‘ which takes into consideration species interactions and the influence of predators through food webs. He conducted pioneering research in various areas, including population and evolutionary biology, population genetics, island biogeography, environmental studies, biodiversity policy, and ethics. His later work focused on the genetic basis of fitness and viability in natural populations, on the impacts of “keystone” species, and on the social causes of the destruction of nature worldwide.

At UCSC, Soulé was hired in 1989 as professor and chair of the Environmental Studies Department, where he brought to life his vision of an interdisciplinary program that is home to both natural and social scientists. Under Soulé’s leadership, UCSC launched a doctoral program in environmental studies in 1994, the first in the UC system and one of the first of its kind in the nation.

“He had this amazing vision, and he muscled the powers that be to give him all kinds of resources,” recalled Estes. “He created a very vibrant department.”

Daniel Press, professor of environmental studies and one of the faculty members hired during Soulé’s tenure as chair, praised Soulé’s approach to environmental studies. “He got pushback from some scientists, who said we can’t have mission-driven science,” said Press. “They thought the science would be tainted by values- and morals-driven commitments. But others of us cheered, saying you absolutely can do rigorous science with different, explicit reasons for doing it.”

Soulé retired from UCSC in 1994 and relocated to Colorado, where he continued to be active for two decades. Soulé dedicated himself to the Wildlands Network, a global organization committed to restoring wild areas, especially in North America. Soulé and his partners envisioned the conservation of habitat and migration corridors—at a continental scale—for wildlife.

“Michael imagined an America, especially the American West, where it would be possible for a wolf or a mountain lion or a large ungulate to walk from the Continental Divide to the sea without encountering an insurmountable obstacle,” said Press. “He felt it had to be done, it could be done, and it should be done.”

Extinction and the loss of wild nature weighed heavily on Soulé. “He was famous for saying that ‘Death is one thing, but an end to births is another,'” recalled Press.

In a note to colleagues announcing Soulé’s death, Estes wrote: “Although his first love was living nature, he thought deeply about ethics and humanity.”

Widely recognized for his contributions, Soulé was a fellow of the American Association for the Advancement of Science and the American Academy of Arts and Sciences, and the recipient of a Guggenheim Fellowship, the Archie Carr Medal, and the E.O. Wilson Biodiversity Technology Pioneer Award.

At UCSC, Soulé advised several graduate students in ecology and environmental biology who became prominent scholars and advocates, including television personality M. Sanjayan, CEO of the nonprofit Conservation International; Kevin Crooks, a professor at Colorado State University; and L. Scott Mills, professor of wildlife biology and associate vice president of research for global change and sustainability at the University of Montana.

Soulé grew up in San Diego, earned his undergraduate degree from San Diego State College, and obtained his Ph.D from Stanford University, where he was the first graduate student of eminent American biologist Paul Ehrlich. He resigned from a faculty position at UC San Diego in distress over the rampant development of Southern California. After spending some time at the Zen Center of Los Angeles, where he was director of the Kuroda Institute for the Study of Buddhism, which publishes scholarly books through the University of Hawaii Press, Soulé returned to academia, taking a position in the Department of Natural Resources at the University of Michigan before being hired at UCSC.

A resident of Paonia, Colorado at the time of his death, Soulé is survived by his wife June Soulé; his sons Aaron and Noah, and his daughter Ani; five grandchildren; his sister April Soulé; and his first wife Jan Chozen Bays.