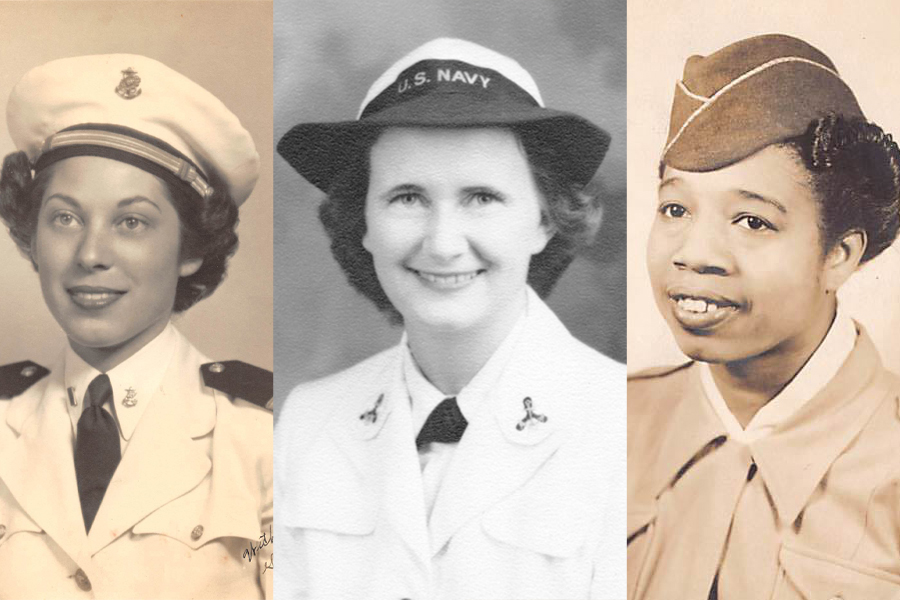 From left, Maxine Newlander, Calista Bliler and Willie Mae Williams, who all served in the military during World War II. They are among the women whose stories are featured in the online exhibit “Women at War: At Home and Service in World War II.”

A new online exhibit from Florida State University’s Institute on World War II and the Human Experience highlights the lives of American women during the war.

“Women at War: At Home and Service in World War II” was initially scheduled to open in April at the Chipola Center for the Arts at Chipola College in Marianna, Fla., but moved to an online platform in response to the COVID-19 pandemic.

“This exhibit not only highlights the extensive holdings of the Institute on World War II, but also the talents of a team of exceptional undergraduates who organized it,” said G. Kurt Piehler, associate professor of history and director of the Institute on World War II and the Human Experience. “The exhibit is another example of how the institute offers experiential opportunities to our undergraduate students.”

The exhibit features the wartime experiences of 12 women of varied backgrounds, sharing their important contributions from the home front to the front lines.

The organizers used digitized materials, such as photographs, correspondence, military documents and oral histories, from the archival collections housed at the institute to illustrate the experiences of American women during an extraordinary time in history.

Featured collections include that of Gertrude Margaritte Ivory Bertram, an African American nurse from Georgia. Bertram attended nursing school at Brewster Hospital in Jacksonville before joining the U.S. Army Nurse Corps following her graduation in 1941. She was stationed at Fort Bragg, North Carolina, before receiving orders to deploy to Liberia in early 1943.

Another woman featured is Editha Anderson Shaw, who graduated high school in 1944 and joined the U.S. Cadet Nurse Corps shortly after. Her profile is one that includes digitized excerpts from an oral history, allowing viewers to listen to her stories of service in her own words.

“It was an honor to tell the stories of these women, who lived through such a tumultuous time in history, and share them in this online experience,” said Emma Davis, a history major and Presidential Scholar at Florida State University who led a team of undergraduates to curate this exhibit under Piehler’s direction. “Our exhibit team immersed ourselves in the archival collections and chose objects that we felt would best represent the breadth of experiences and backgrounds that characterized women’s service in World War II.”

Davis and Piehler coauthored the introductory essay for the exhibit, and Assistant Professor Sarah Myers of Messiah College served as a consultant.

“Women at War” was made possible by the generosity of donors of the Institute on World War II and the Human Experience. For more information, visit https://ww2.fsu.edu/exhibits/online-exhibit.