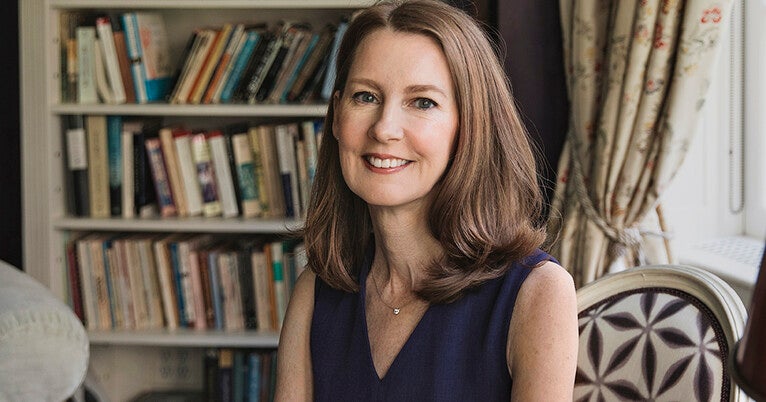 For years, bestselling author Gretchen Rubin ’89 B.A., ’94 J.D. has offered guidance on how to live a happier, more fulfilling life.

In her books, she shows readers the four ways people respond to expectations and how to harness those tendencies to improve their own lives (“The Four Tendencies”); how to make small changes to achieve happiness one month at a time (“The Happiness Project”); and how to better organize their possessions to achieve balance (“Outer Order Inner Calm”).

When the COVID-19 pandemic hit, people found themselves in quarantine, and decidedly less happy. “People are feeling uncertainty right now,” said Rubin, who on July 21 will give a virtual talk on “Happiness in Times of Uncertainty” as part of Yale’s 50WomenAtYale150 initiative, a year-long celebration of 50 years of coeducation and 150 years of women at Yale. “They don’t know what’s going to happen, and they can’t control the virus. That makes you want to control the things you can control — your surroundings.”

Rubin’s session will be moderated by special needs advocate and journalist Eraina Ferguson ’10 MAR. The event is free, but participants must register in advance.

Despite current hardships, Rubin said, “people in the U.S. still live in relative prosperity.” And when basic needs are met, she said, people start to develop an interest in more transcendent values. “They become interested in doing meaningful work, and in fostering loving relationships,” she said.

In the current moment of pandemic, she said, these two impulses — wanting to control our surroundings and to cultivate meaning — are amplified. People are fully appreciating the role of social interaction in happiness, and finding new ways (like socially distanced outdoor happy hours) to stay connected, she said. They are also focusing on social justice concerns, and grappling with their role in racial equity.

“Part of a happy life is to identify your values,” she said.

In addition to her books, which have sold over 3.5 million copies worldwide, Rubin hosts a popular podcast, Happier with Gretchen Rubin, with her sister, Elizabeth Craft, a TV writer and producer. She also contributes weekly updates on living a happier, more productive life on “CBS This Morning,” and has her own app, called Better, to help people “harness the Four Tendencies framework to create a better life.”

Being an expert on happiness was not a role Rubin envisioned for herself as an undergraduate at Yale College or a student at Yale Law School, but she can now look back and see that her curiosity about human nature took root at Yale. “I thought about themes and ideas, and I was interested in intellectual development and in human nature. Who are we? And how do we change if we want to change?” she said.

She was editor-in-chief of the Yale Law Review and won the Edgar M. Cullen prize, awarded to the best paper by a first-year law student. As a young lawyer, Rubin clerked for U.S. Supreme Court Justice Sandra Day O’Connor. Years later, she interviewed O’Connor for her blog and learned the justice’s secret to happiness: “work worth doing.”

Rubin lives and writes in Manhattan with her husband and two daughters, one of whom is entering her senior year at Harvard. She said she’s still learning how to make established habits work in this unsettled new reality, and how best to advise her daughters when there are so many unknowns. “Uncertainty is hard for people,” Rubin said. “I never thought of myself as so future-oriented until all the milestones and landmarks were wiped away.”

She’s throwing herself into her next book project, which focuses on the body and the physical senses. “It’s using the body to get to the mind, from the outside in,” she said. “This part, where I’m exploring, is the most fun.”