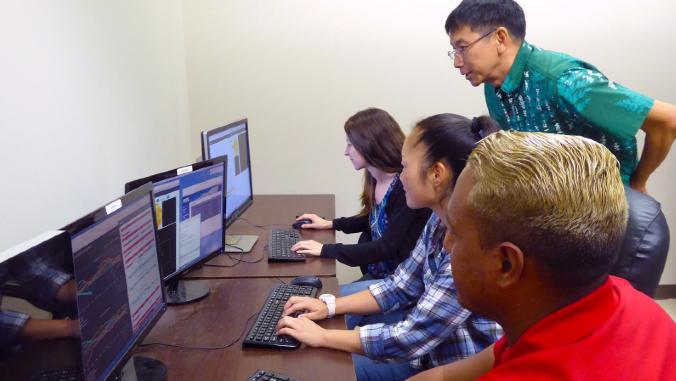 A team of astronomers at the University of Hawaiʻi was awarded a $1 million grant to upgrade the UH 2.2-meter telescope on Maunakea, giving the mountain’s first large telescope a leg up on its larger, newer neighbors, with more nimble, streamlined operations.

UH Mānoa Institute for Astronomy (IfA) Assistant Astronomer Ben Shappee is the principal investigator on the National Science Foundation grant and will lead the team to fully roboticize the UH 2.2-meter telescope, also known as the UH88. 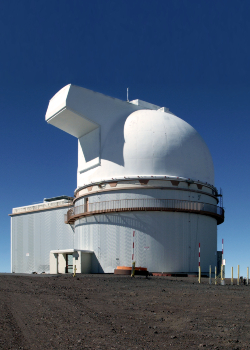 UH 2.2-meter was the first telescope on Maunakea to switch to full remote observing

“I am excited to work with our astronomers, engineers and technicians here at IfA to keep the 2.2-m at the forefront of astronomy in Hawaiʻi,” said Shappee. “Maunakea is by far the ultimate site for astronomy on the planet, and our technical improvements will only add to that exceptional advantage.”

The telescope celebrated its 50th anniversary in 2020, and has been the site of many leading-edge technological and scientific advancements. The UH 2.2-meter was used to discover the Kuiper belt, the outermost observed region of our solar system, of which Pluto is a member. In 2008, it became the first telescope on Maunakea to operate without any staff at the facility at night. The new phase of improvements will take these remote operations to the next level. The robotic upgrades will enable the telescope to perform large surveys by responding nearly instantaneously to new discoveries. Traditional telescope observing often requires several individuals to operate the telescope and its various instruments. The time spent deciding where to point the telescope and what instruments to use take away from valuable time looking at the sky.

Plans also include a new mechanized tertiary mirror that can quickly switch between a number of cameras that will allow multiple science programs to be executed in a single night. An asteroid-tracking wide-field camera, a spectrograph for rapidly identifying supernovae and the Robo-AO-2 laser adaptive optics system for studying exoplanet observations will all be accessible. A new telescope control system, telescope scheduler and safety system, will together enable these new operating modes.

“What this amounts to is a leap in productivity and accuracy for astronomical research,” explained IfA Associate Astronomer Christoph Baranec. “The time saved with this increased efficiency will allow us to offer many more opportunities to both the research and education communities.”

The funding will provide workforce development for students interested in science and technology, including internships, school programs and partnerships with the education community.

“This is a unique educational experience and a wonderful opportunity for local students in Hilo and around Hawaiʻi to gain the experience necessary to attain good, stable jobs,” said IfA Hilo Associate Director Mark Chun. “In addition to the local personnel already on staff, we’re training the next generation in cutting edge technology right here in Hilo.”