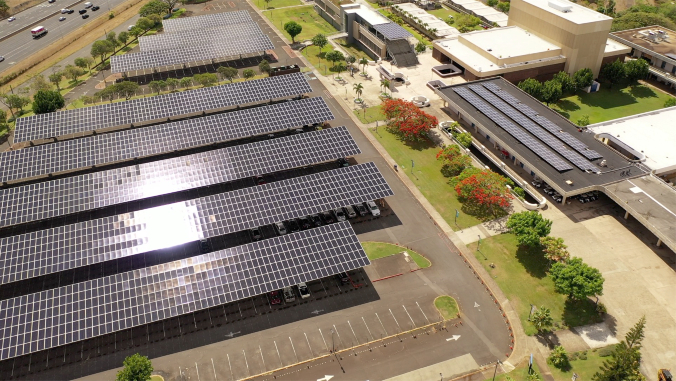 Leeward Community College has flipped the switch on becoming one of the first virtually net-zero campuses in the country. The campus is generating 97 percent of its energy through on-site photovoltaic (PV) systems, including solar shade canopies and distributed energy storage, and has reduced consumption through various energy efficiency measures.

The 3,579 PV modules installed on the campus are capable of generating 1.678 megawatts (MW) of power annually, enough to power 230 homes, and offsetting greenhouse gas emissions equal to 4,642 barrels of oil a year. Leeward CC’s energy efficiency efforts are guaranteed to save $269,000 in energy and operational costs for the first year and $8.4 million over the project’s 20-year performance period.

“Our campus will be producing nearly 3 million kWh (kilowatt hours) of energy annually,” said Chancellor Carlos Peñaloza. “Combined with our energy-saving measures, we can proudly say we are energy independent. I am extremely proud of all the thoughtful work that was a part of this accomplishment. The project has helped to raise awareness of the importance of sustainable practices for our community.” 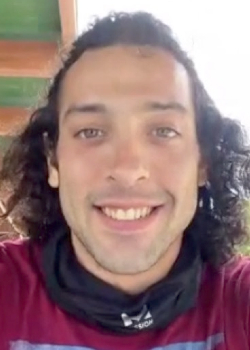 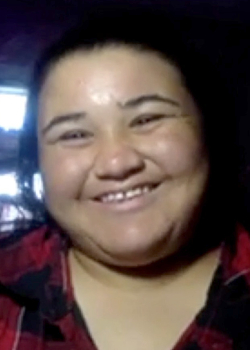 “I think it’s a huge accomplishment that Leeward is net-zero,” said student Kaumakaonalani Medeiros. “We do care about using our natural resources and using less of what we need to.”

Student Manuel Diaz Jr., who is majoring in sustainable agriculture said, “Once I started coming to Leeward Community College it really opened my mind and my eyes to how important it is for plants, for sustainability, not just because it sounds good, but because that is where we are headed … We need more conscious humans looking at, ‘What am I doing versus what am I taking?’”

Recent Leeward CC graduate Melissa Martella now serves as president of the Sustainability Club at Honolulu CC. “I am so excited to hear that Leeward is the first campus to become net zero!!” Martella wrote. “A lot of the things I try to start at Honolulu CC were inspired by Leeward’s amazing programs.” 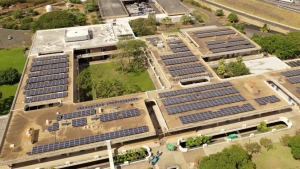 Under a partnership between UH, Johnson Controls and Hawaiian Electric Industries subsidiary Pacific Current, four other UH campuses—UH Maui College, Honolulu CC, Kapiʻolani CC and Windward CC—will soon be reducing their fossil fuel consumption by a range of 70 to 98 percent.

“We celebrate Leeward Community College’s achievement and remain steadfast in our commitment to position our campuses to become virtually net zero through renewable energy generation, energy storage and other efficiency measures with the help of our partners at Johnson Controls and Mauo (a subsidiary of Pacific Current),” said Erika Lacro, UH vice president for community colleges.

In 2015, Hawaiʻi became the first state in the country to make an unprecedented commitment to achieve 100 percent renewable energy by 2045. Concurrently, UH and the Hawaiʻi Legislature established a collective goal for the university system to be “net-zero” by January 1, 2035, meaning the system would produce as much renewable energy as it consumes across its 10 campuses.

UH Maui College, which had earlier been anticipated to become UH’s first net-zero campus, is on track to become virtually net-zero in fall 2020. An interconnection requirements study with the local utility pushed completion back by about a year.