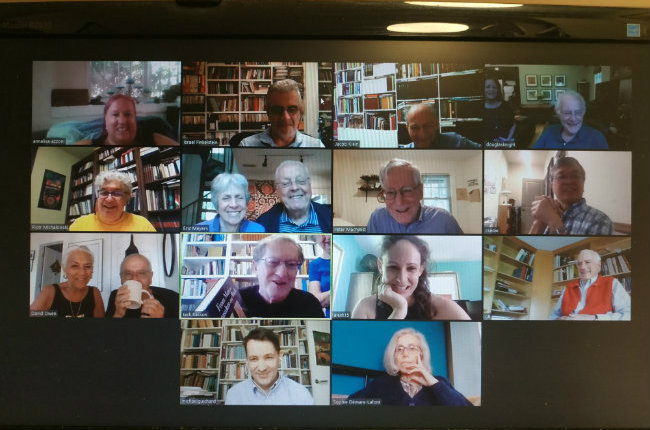 Emeritus Divinity School Professor Jack Sasson is surprised and celebrated on a Zoom call by contributing scholars to a new book honoring his scholarship.

Thirty-five scholars from around the world pay tribute to Jack Sasson, an emeritus Divinity School professor, for his renowned scholarship on the ancient Near East in a newly published book of essays.

From Mari to Jerusalem and Back: Assyriological and Biblical Studies in Honor of Jack Murad Sasson, written and edited by some of Sasson’s longtime colleagues and friends, strives to reflect the richness of the cultures, languages and literatures of his  research. 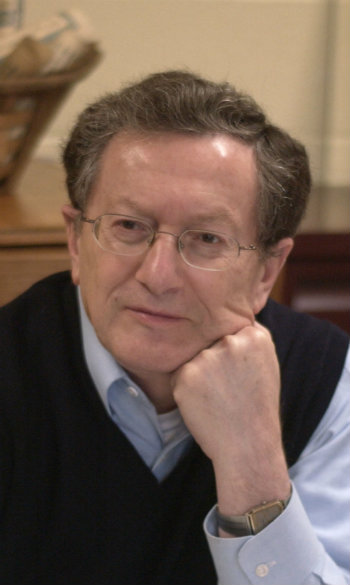 Sasson, the founding director of Vanderbilt’s Program in Jewish Studies, joined the faculty as the Mary Jane Werthan Professor of Jewish Studies and Hebrew Bible in 1999. Born in Aleppo, Syria, he also had an appointment in Classical Studies.

When Sasson became an emeritus professor in 2015, he and his wife, Diane Sasson, returned to North Carolina, where they had previously lived for more than 30 years.

Two of the four co-editors of From Mari to Jerusalem and Back are Douglas A. Knight, Drucilla Moore Buffington Professor of Hebrew Bible, Emeritus; and Annalisa Azzoni, senior lecturer in Hebrew Bible.

“Jack Sasson’s own breadth of knowledge is reflected in the expanse of the contributions by these scholars from nine different countries,” Knight said. “His many publications have dealt not only with ancient texts in multiple languages, but also with a variety of topics related to historiography, politics, economics, religion, law, wisdom, apocalypticism, warfare, marriage, food, folklore and more.”

One of Sasson’s major areas of research, Assyriology, is the study of ancient cultures that used cuneiform, a style of writing on clay tablets. An extensive body of correspondence involving kings, administrators and others was preserved on the tablets—thanks to the durability of the clay after ancient cities such as Mari were destroyed. Sasson has translated and annotated hundreds of letters and administrative documents from the tablets.

“The careful translations are tremendously helpful in making all these texts accessible to scholars and students alike,” Azzoni said. “The world of Mari, explained through Sasson’s profound knowledge of the material, comes alive again.”

The other major area of Sasson’s research is the Hebrew Bible, not only through his commentaries on the books of Judges, Ruth and Jonah but also in studies of other specific texts as well.

Due to the current COVID-19 pandemic, previous plans to present Sasson with the book in person were canceled. Instead, 14 of the contributing writers surprised Sasson on a recent Zoom call while his wife handed him a box of fresh copies of the book from the publisher.