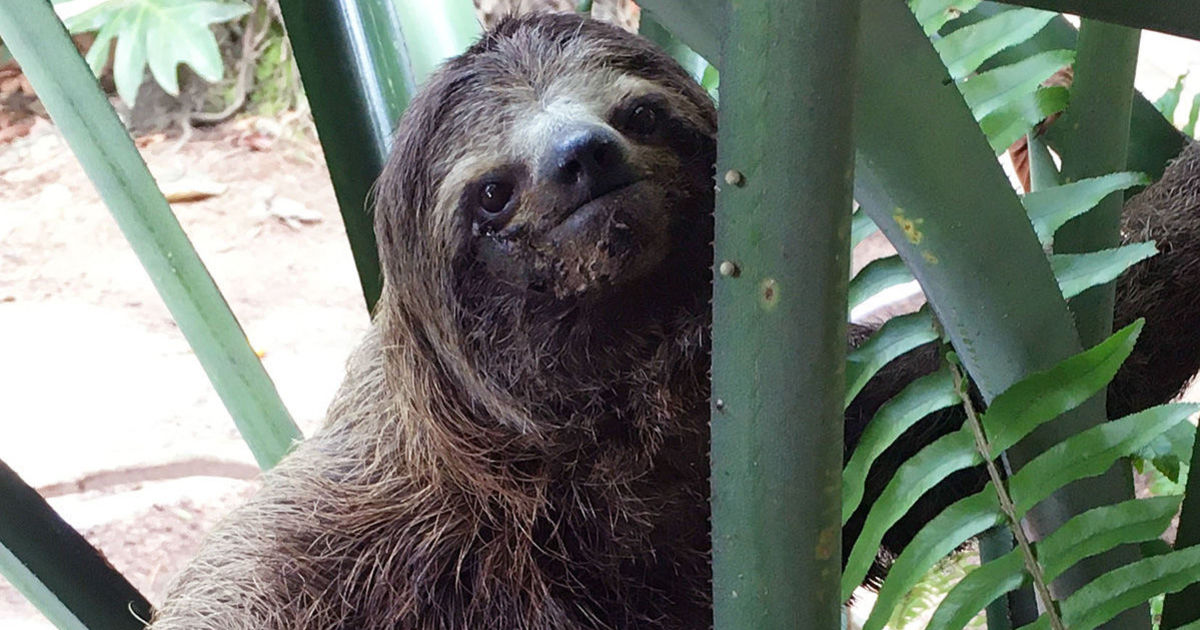 Scientists studying brown-throated three-toed sloths, where predators are extinct and food is more accessible, have found that the animals adapt to have a primarily diurnal, or daytime, schedule.

The study was conducted in a highly disturbed section of the Atlantic forest, in Northeastern Brazil. Researchers recorded the sloths’ behaviors and circadian rhythm during the course of 29 days. The results, published in the journal Mammalian Biology, present a unique take on the impact of human activity in the area. While deforestation, development, intentional fire setting and nighttime hunting have been detrimental to various tree and animal species, brown-throated three-toed sloths may benefit in shifting from nocturnal tendencies to becoming primarily daytime active.

“These environmental disturbances are in no way an ideal scenario from a conservation perspective but the results — fewer predators, easier access to primary food sources — clearly had a positive impact based on our observations,” said Giles Duffield, associate professor in the Department of Biological Sciences at the University of Notre Dame, and a co-author of the study. “With less competition for food and fewer predators these animals developed a more synchronous pattern of activity.”

Previous studies have focused sloth activity in undisturbed forests. The research, led by Antonio Rossano Mendes Pontes at the National Institute of Amazonian Research, is unique in that researchers not only monitored sloths in a highly disturbed setting but their behavior — rest, travel, movement, feeding and grooming — was observed over a complete 24-hour cycle.

“In all other studies, sloths have been found to be nocturnal or cathemeral,” Duffield said. “We did not expect to see such clear and distinct diurnal behavior.”

Sloths spend a majority of their time at rest — up to 90 percent in some cases. A number of factors can influence a sloth’s tendency toward diurnal or nocturnal activity, including temperature, competition and the threat of predators. Rest was still the dominant activity, even in a highly disturbed environment. The sloths spent an average of 75 percent of their time resting. Females rested significantly more than the males and infants rested 79 percent of the time on average. Peak activity took place in the early morning and late afternoon hours.

There is no preserved land left within the Atlantic forest, according to the study. An estimated 98 percent of its woodland has been lost, so researchers can’t compare activity between highly disturbed and undisturbed sections of the forest. For the same reason, the study asserts the assumption that the daytime activity observed by this group of sloths is an adaptive response to changes in their environment.

While found in a few unique cases in nature, “it’s generally rare to observe such flexibility in an organism that allows it to switch from predominately nocturnal to daytime active,” Duffield said. “These results highlight that a more variable or nocturnal activity pattern might be a strategy that improves chances of survival in a more challenging environment, one with predators such as eagles and large snakes, heavier competition for food sources produced by other herbivores, and where the sloth has to move around more to find its preferred food. It’s ironic, but these results suggest that when conditions are ‘easier’ for the iconic slow-moving sloth, as we find in this disturbed forest habitat, it reverses the time of its preferred activity within the 24-hour day.

Duffield is an affiliated member of Notre Dame’s Eck Institute for Global Health.